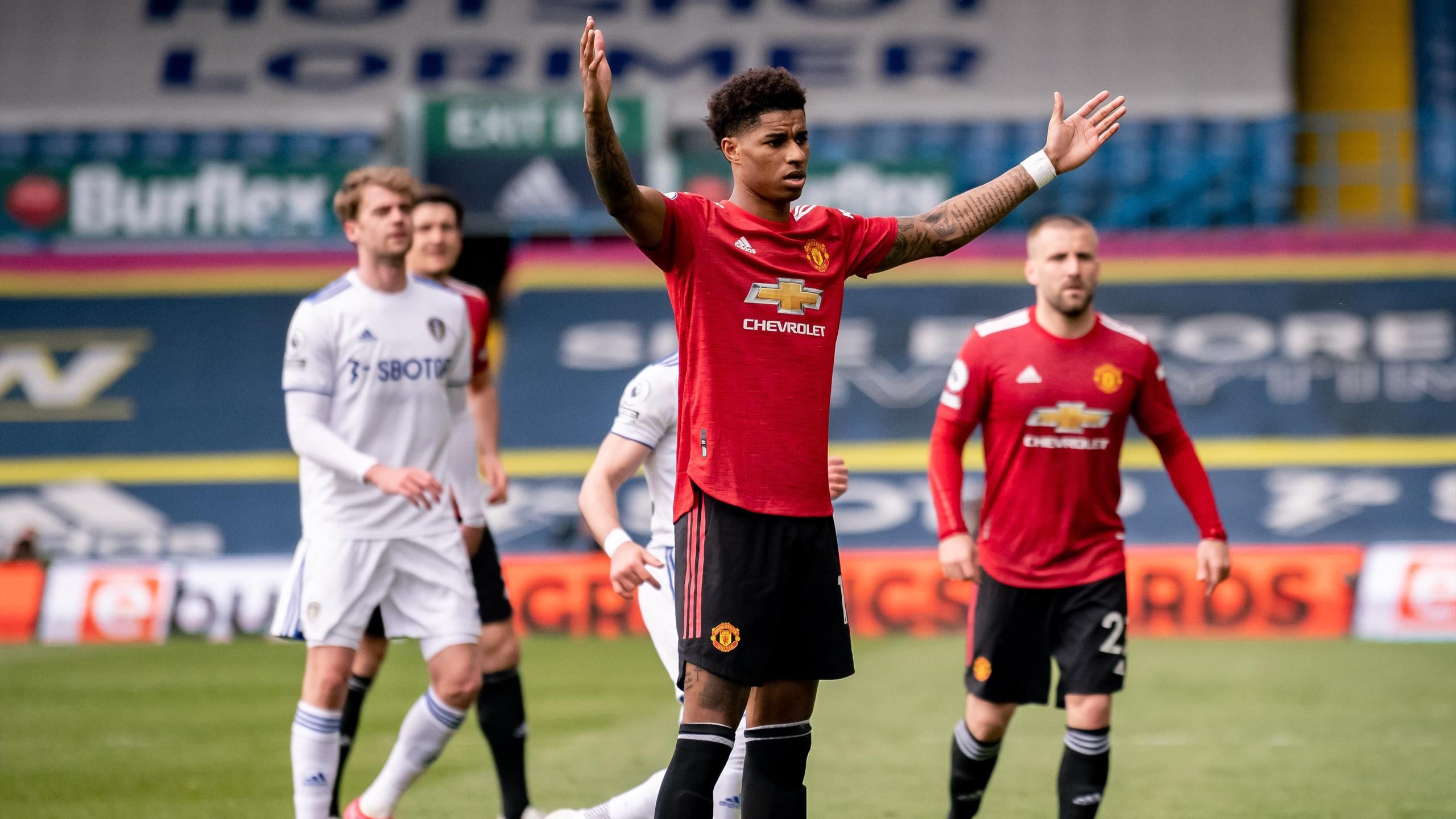 Manchester United failed to continue their winning run but kept another clean sheet in a tough away fixture as they leave Elland Road with a goalless draw.

The hosts embarrassing schemes in the build-up were to no avail as Marcelo Bielsa’s side mustered just two shots on target, both from about 30 yards.

The spoils were shared but United take another step towards securing second place when focus will have been mainly on their European semi-final on Thursday.

It has been a tumultuous week for The Reds and training has been disrupted by protests but were still able to comfortably stop Leeds in their tracks. It was their cup-final, to be fair.

Dean Henderson – 6
Barely had anything to do all game.

Aaron Wan-Bissaka – 8
Great showing in front of Gareth Southgate who was in attendance. Solid defensively and good in the build-up.

Harry Maguire – 8
Just like the rest of the defence, another explementary showing when he was called upon.

Luke Shaw – 8
United’s most prominent creator in the final third.

Fred – 7
Much better in the counter-press than normal and also press resistent.

McTominay – 6
Enjoyed a lot of the ball but couldn’t do much with it. Vital block when Klich cut it back in the second half.

Daniel James – 6
An OK performance from James, who was a surprise selection. Looked to be through on goal early in the second half but a misunderstanding between him and Fernandes meant the chance went missing.

Bruno Fernandes – 6
Tightly marked by Kalvin Phillips and struggled to get on the ball without drifting into areas he couldn’t hurt Leeds.

Marcus Rashford – 6
Drew a few fouls and had a ferocious free-kick saved but ultimately a disappointing afternoon.

Mason Greenwood – 7
The improvement in Greenwood’s game is there for everyone to see and the goals have started to come but he couldn’t find the net today.