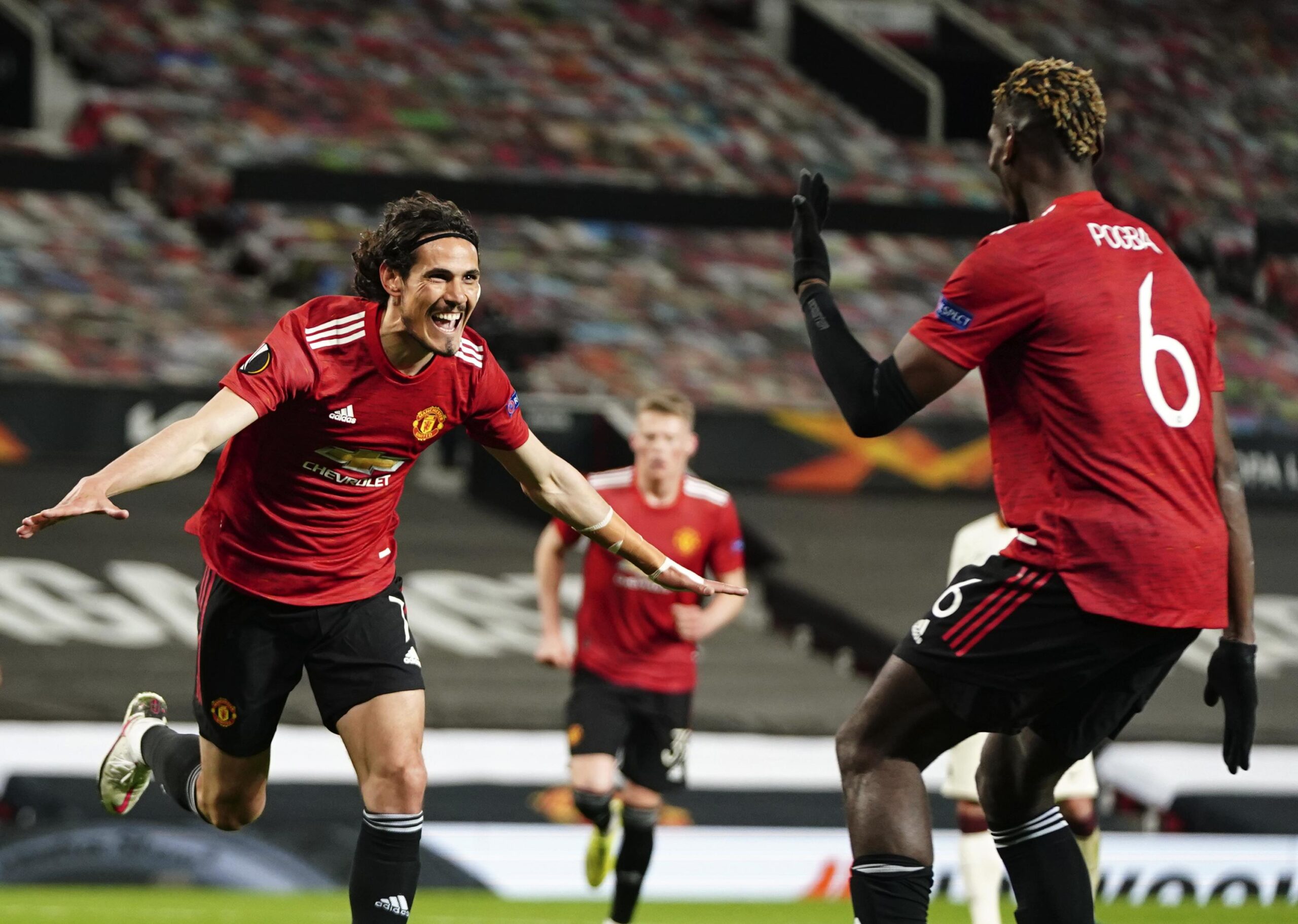 Thursday night at Old Trafford was time for yet another semi-final under Ole Gunnar Solskjaer’s tutelage. A final four test under bright European lights that this time, Manchester United passed with flying colors.

The Reds came into this one high on confidence and certainly the best equipped to finally make the step forward that they’ve arguably ever been under the Norwegian; experienced and poised.

United went ahead early with a wonderful goal from Bruno Fernandes, but demons of the past started to creep in soon after as the visitors pulled two goals back and went ahead before the break.

But the best sign of growth is United’s response. The Reds came out after the break reinvigorated and put the battling Italian’s to the sword with some excellent football and goals from Edinson Cavani (2), Bruno, Paul Pogba and Mason Greenwood.

David de Gea – 7
In spite of conceding twice, the Spaniard was not busy at all. Couldn’t have prevented the goals and assured when called upon.

Aaron Wan-Bissaka – 7
Caught out of position at times defensively as a result of bombing forward, but very solid in the final third. Growing in confidence, he contributed to Cavani’s second as his cross-shot was spilled by Roma’s goalkeeper.

Victor Lindelof – 6
Didn’t do a great job at covering for the marauding Wan-Bissaka and Dzeko did cause him some problems.

Harry Maguire – 7
More assured of the center half duo, very good in the air and commanding during set pieces.

Luke Shaw – 7
United went forward with numbers and similarly to his running mate from the other side, Shaw was also caught out of position a couple of times, but made up for it with his attacking contributions.

Scott McTominay – 6.5
After a promising opening, the Reds lost the midfield battle in the first half and the Scot couldn’t really find his bearings. Improved after the break.

Fred – 7
The Brazilian was the better of the pivot, excellent in winning the ball back and finding pockets of space to press the visitors. Started the counter attack for Cavani’s equalizer.

Paul Pogba – 8.5
Other than giving the penalty away in a touch and go situation, Pogba was spectacular. Ran the show in midfield and was always at the heart of everything good going forward. Very well taken goal too.

Marcus Rashford – 6
Not the most fruitful of evenings for United’s No. 10 who was forced out onto the right once again. Thankfully for the Reds, it didn’t come back to haunt as others stepped up.

Edinson Cavani – 9
A proper No. 9’s performance; two goals and an assist. The focal point of a very dangerous United side going forward.

Substitutes
Mason Greenwood – N/A
Not enough time to get a rating but a fantastically well taken goal to all but put the tie to bed.