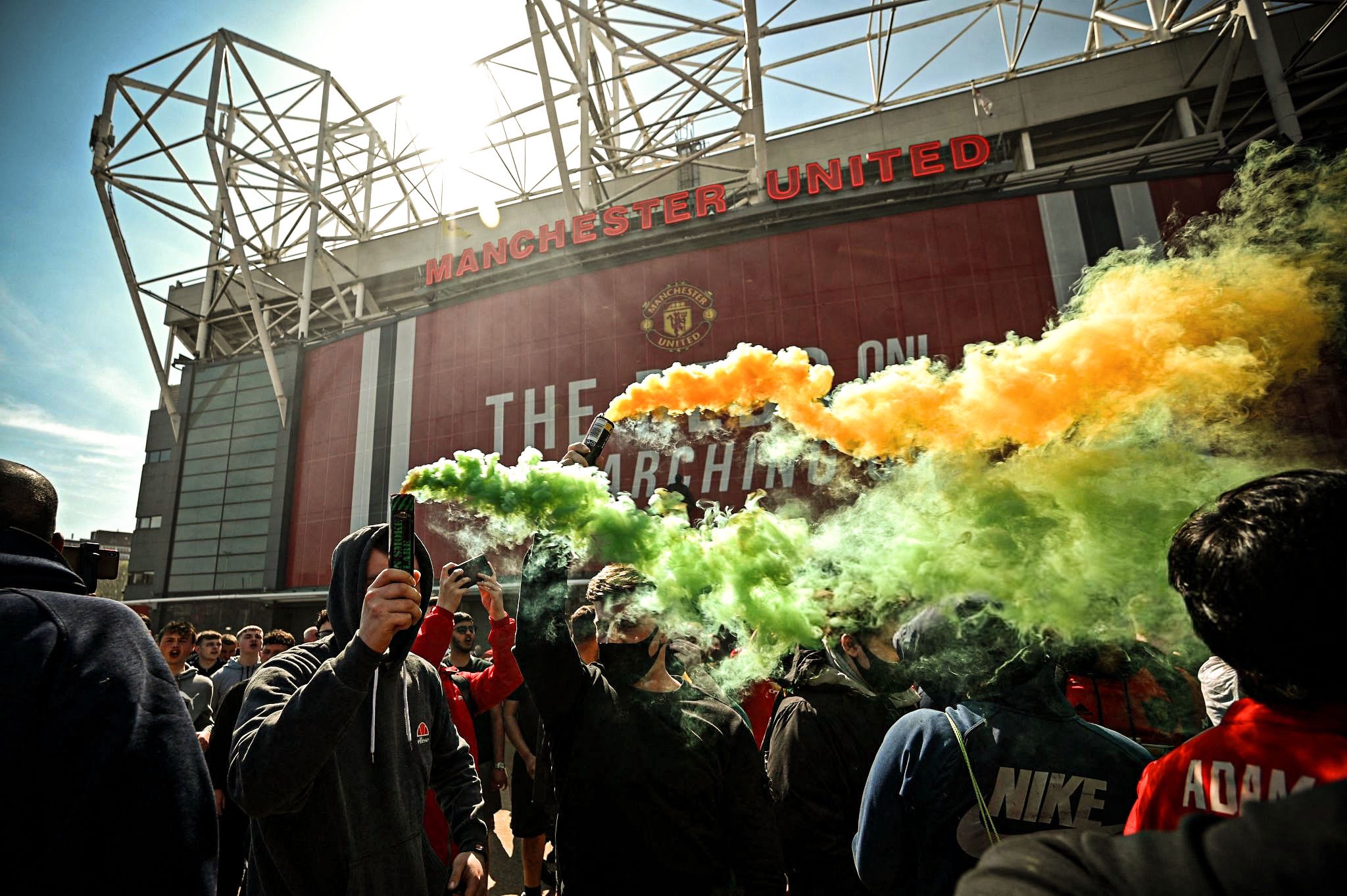 The protests against the Glazer family’s ownership of Manchester United last week have taken football by storm. The peaceful (mostly) demonstration resulted in a Premier League fixture being postponed for the first ever.

An estimated 10,000 people turned up at Old Trafford and roughly 300 people made their way onto the pitch. Another large crowd had their sights on the Lowry Hotel, where the Manchester United first-team squad stay ahead of every home game.

The protest has sparked debates and frustration all over the world. For many, Manchester United is more than their favorite TV show on Sunday evening.

But now, Manchester United fans in Norway are planning a protest at the American embassy in Oslo on Thursday night.

According to Nettavisen, the protest is planned outside the embassy at 19:00 local time, two hours before kick-off between United and Roma in the Europa League.

The publication claim that the American embassy has sent out warnings to all American citizens in Norway, informing them about the planned protest.

They say that the number of protestors is unknown but that police presence will be low.

“The embassy points out that demonstrations that are expected to be non-violent may develop into such. Therefore, the embassy recommends its American citizens to avoid the protesters,” the embassy are believed to have said.

Dag Langerød, editor-in-chief of Manchester United’s official supporter club in Scandinavia, is believed to be familiar but the plans but insists that it’s a private initiative.

“I just want to clarify that the supporter club has nothing to do with this planned event. This is a private initiative and we are not involved in any way. From my impression in social media, I am unsure how many people show up,” Langerød is quoted as saying.

“We want to bring about changes in ownership, but we are working with England and the groups there to make it happen. We could consider something at the embassy from the supporters’ club’s point of view if Avram and Joe Glazer had been at the American embassy in Oslo,” he continues.

Langerød also went on to clarify that they have contacted the American embassy to confirm that the planned protest has nothing do with the official supporter club.