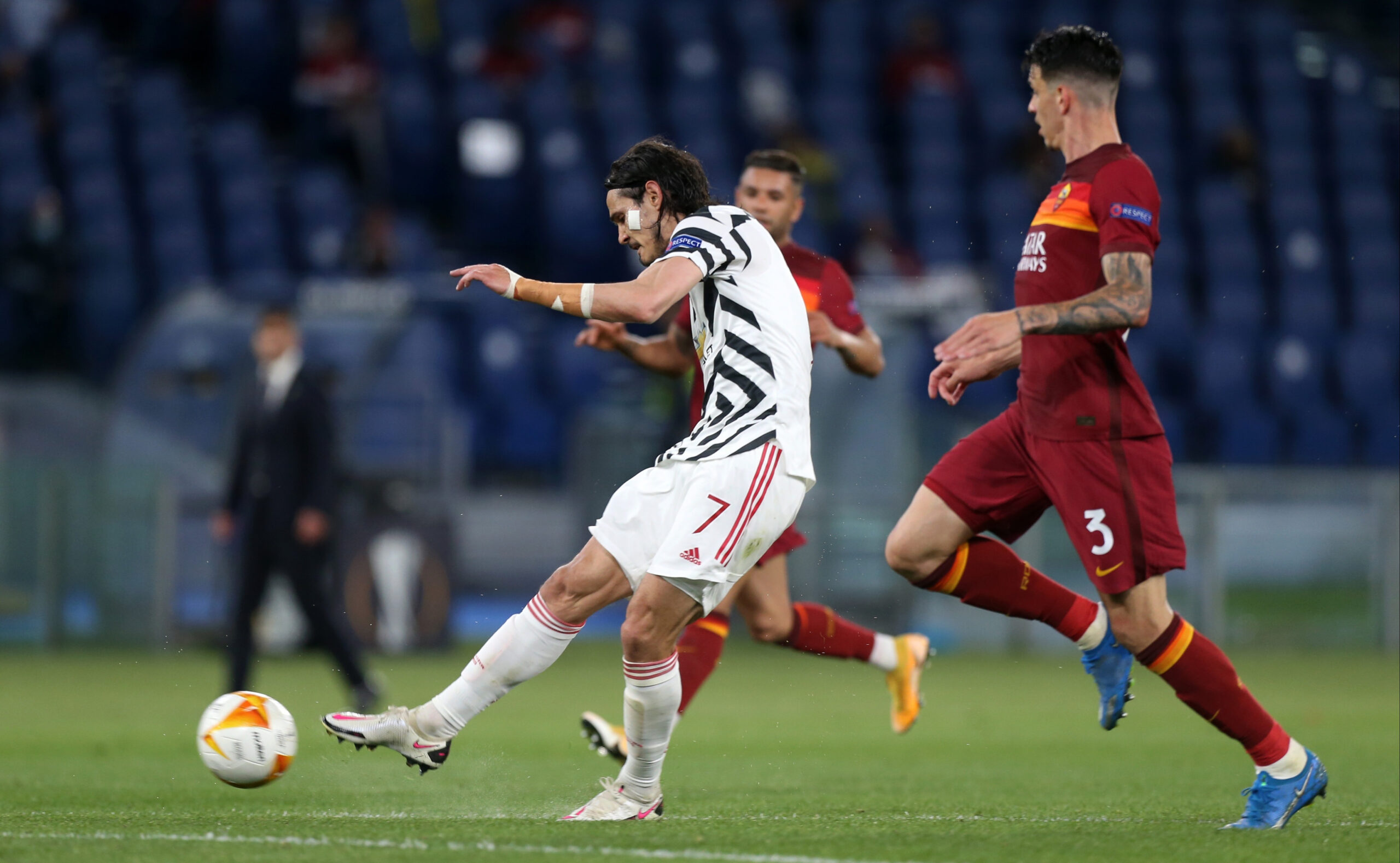 It shouldn’t have been this nervy with the 6-2 advantage they built in the first leg, but Manchester United did get over the line at the Stadio Olimpico and secured their place in the first cup final under Ole Gunnar Solskjaer.

Most Reds fans expected a glorified cardio session and mass rotation from Solskjaer as the Reds set off for the Europa League semi-final second leg in Italy, but it seems as though the manager knew something they didn’t.

United didn’t really look at the races all night, uninterested and complacent at times, and the hosts had plenty of chances over the course of the 90 minutes to really get back into the tie. But they didn’t — thanks to David de Gea’s heroics in between the sticks and another wonderful brace from Edinson Cavani.

The Reds managed to finally break the semi-final curse under the Norwegian and will clash Spain’s Villarreal — managed by Europa League specialist Unai Emery — in the final in Gdansk, Poland at the end of the month.

David de Gea – 10
In spite of conceding three (couldn’t do much about them), the Spaniard was absolutely superb. On an off night for seemingly his whole back line, United’s No. 1 kept the Reds at comfortable range from the fighting Italians. Vintage performance.

Aaron Wan-Bissaka – 7
Solid as always and contributed to a first half clean sheet. United fell apart defensively once he and Shaw came off at the break.

Eric Bailly – 6
A rather chaotic return into the starting lineup. Could not get a handle on the Roma frontmen alongside the captain tonight.

Harry Maguire – 6.5
Won his fair share of aerials duels but was far from assuring for the best part of the game, giving up many lifeline chances to the hosts.

Luke Shaw – 7
Excellent in the attacking build up, slightly less convincing defensively, but United did not concede with him on the pitch.

Fred – 4
In spite of an assist, not a good performance from the Brazilian. Contributed heavily to United’s defensive struggles.

Paul Pogba – 6
Not the best performance from the Frenchman. Pushed back into the pivot role, he was taken off when United needed to defend more.

Bruno Fernandes – 8
A relatively quiet night for the Portuguese but still instrumental going forward. A wonderful flick on in the build up to Cavani’s opener, a glorious assist for the Uruguayan’s second.

Donny van de Beek – 6.5
A valuable 90 minutes in the Dutchman’s tank. Flashes of brilliance mixed with rust and lack of match sharpness.

Mason Greenwood – 6
Missed a sitter which could have drew United level and just didn’t have the greatest of games overall. Never really in the game.

Edinson Cavani – 9.5
Another semi-final leg, another brace. Yet another proper No. 9’s performance too. The Uruguayan striker has really found his feet in the United shirt now. Instrumental.

Substitutes
Brandon Williams – 5
Lack of game time may have played a factor but that was not a convincing 45 minutes from United’s deputy right-back .

Alex Telles – 5
Similarly to his fellow half-time substitute, the Brazilian did not have a good time in the second half at the Stadio Olimpico.