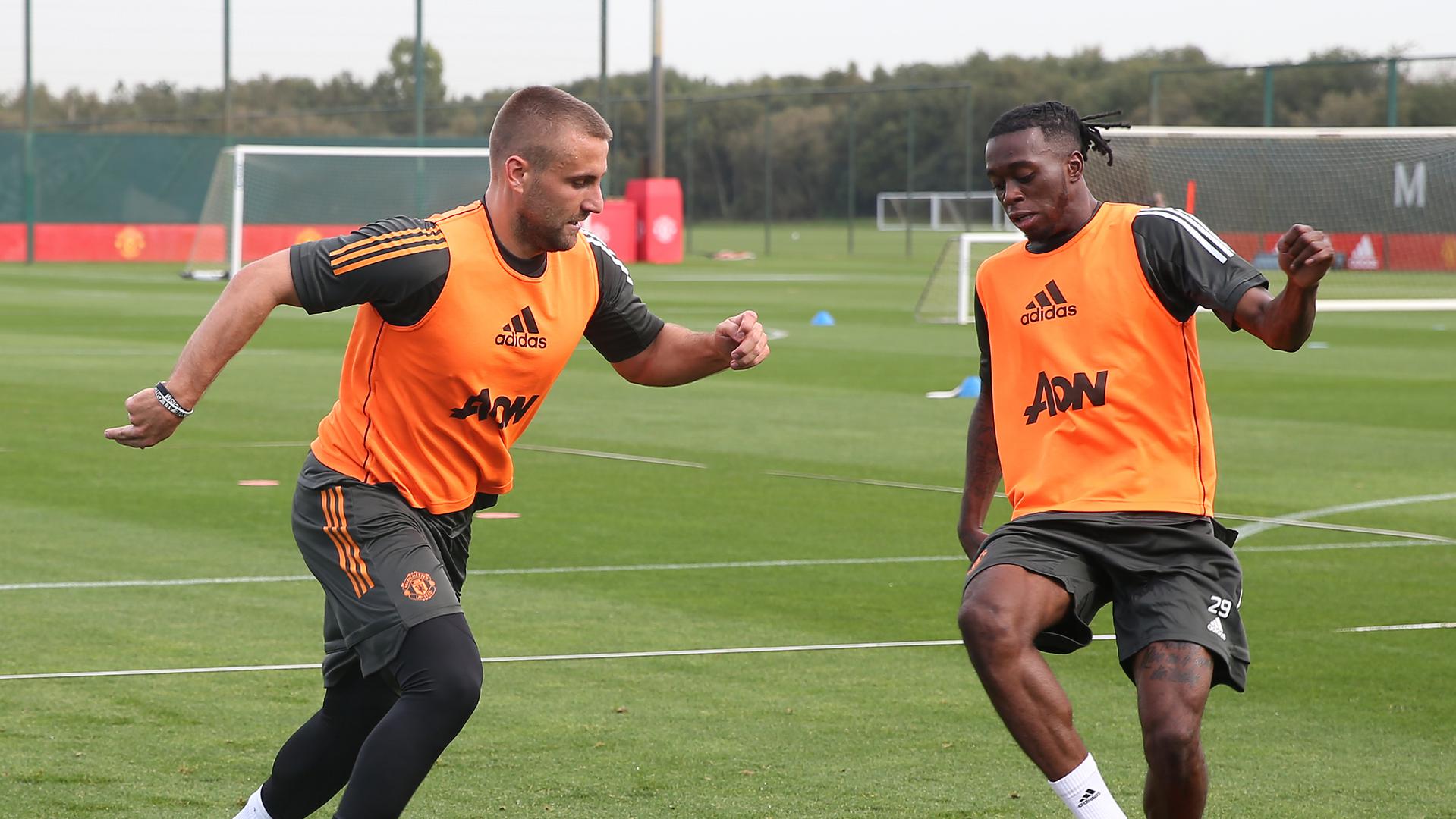 There were two key moments during Manchester United’s visit to Villa Park on Sunday that encompassed the strides that Aaron Wan-Bissaka has made over the last couple of seasons.

The first was in the build-up to United’s equalizer. The right-back found himself with the ball at his feet, entering the final third and with not many options to choose from. The following moments showed Wan-Bissaka’s improvement in patience and confidence on the ball.

Lifting his head, the 23-year-old waited for the play to unfold in front of him before making eye contact with Paul Pogba who was making a promising run towards the box. Wan-Bissaka then hit the Frenchman with a perfectly weighted pass, in stride, and United’s midfielder did the rest to smartly win a penalty which Bruno then converted.

Instrumental in United’s victory, Wan-Bissaka also found himself at the heart of things for the go-ahead goal scored by Mason Greenwood. Once again, the right-back got on the ball in a similar pocket of space as four minutes earlier and again, patiently waited for openings.

The thing that Wan-Bissaka would have most likely done in those situations in the past is just play it safe and roll the ball back to the nearest teammate.

But Wan-Bissaka this season, and especially of late, oozes confidence on the ball. His passing has been exceptional pretty much all season (85% completion rate; 91% vs. Villa). The Englishman very seldom loses the ball and he is now developing more of an eye for opportunities in the final third.

Fittingly, United’s right-back waited until Mason Greenwood dropped into position before side-footing the ball towards the 19-year-old just inside the opposition area. Greenwood let the ball come into his feet before expertly rolling Tyrone Mings with a shoulder drop and dispatching the chance to put the Reds in front.

Luke Shaw — Wan-Bissaka’s partner from the other side of the pitch — has had his praises sung all season, and deservedly so. The fellow Englishman is enjoying a career-best season and has emerged as one of United’s chief creators going forward.

But Shaw’s impressive bounce back from being essentially on the outs with former manager Jose Mourinho has in a way overshadowed the improvement that Wan-Bissaka has made en route to having a career-best campaign of his own.

Shaw has a goal and six assists to his name in all competitions. Wan-Bissaka has two goals and five assists. They both too have plenty of other indirect involvements in the build-ups to goals, as when United go forward, the full-backs join in to create an overload and as a result, become an extra playmaker.

The point being, quietly, Manchester United have come from having uncertainties — and even as much as gaps — in both full-back positions, to having arguably two of the best full-backs in the world on either side.

Shaw has been excellent in the final third all season. His ball control, pace, and creativity have made him a vital part of how Ole Gunnar Solskjaer wants his team to attack. In addition, improved fitness levels have allowed the Englishman to utilize his pace and agility to get back and defend.

In the past, Shaw’s negative trademark was getting caught out of position, particularly when teams were hitting United on the counter. This season, that has not been the case. Shaw has more than held his own defensively.

On the other side, Wan-Bissaka is by consensus the best 1 v. 1 defender in the world. This season alone has seen him make lives miserable for the likes of Kylian Mbappe, Raheem Sterling, and more. Just for that immense ability to defend, the £50 million price tag is justified.

The two major things that the 23-year-old had to improve upon going into this season were marking and attacking. A modern-day full-back has to do both at a high level.

The start of the current campaign wasn’t easy for anyone, Wan-Bissaka too. He was blindsided on several occasions as teams targeted the back post whenever facing United for the best part of the first half of the season, and things didn’t initially look all that pretty going forward either.

But Wan-Bissaka comes off as a very strong-minded character. He didn’t let adversity phase him and he improved — significantly. He has gradually become an asset for United going forward. As confidence was going up, Wan-Bissaka began to look better in attacking 1 v. 1’s and his crosses started hitting the target with more consistency.

In addition, after the unfortunate trip to Leipzig in December which saw United exit the Champions League at the group stage, Wan-Bissaka eradicated the spatial awareness issues. He has since made several key blocks and won important aerial duels at the back post.

Solskajer threw down the gauntlet to many players upon his arrival. Wan-Bissaka was his signing, but he was no exception. The Norwegian manager wanted players to step up and prove that they deserve to play for United.

Most of the credit has to be given to the players. Those that remained at the club and those that have since joined — everyone is stepping up to the plate and showing pride in wearing the badge on their chest. Solskjaer’s team is full of big personalities and characters and it is now starting to show on the pitch.

United have lost four times in the Premier League this season. They haven’t lost away from home since February of last year. The Reds have also come from behind to win 31 points this season which is more than anyone else. Mentality.

With that, Solskjaer too deserves plaudits. Pundits and fans question everything and anything about his credentials, but the one thing everyone agrees on is that the Norwegian is a fantastic man-manager.

The legendary forward has admitted on many occasions that he loves working with people and managing personalities — and it shows. He knows how to get the best out of his players and they come across as if they would run through a brick wall for him.

The United that Solskjaer is rebuilding is becoming a formidable unit and, as he likes to call them, more robust. In football, availability is an underrated quality. From being a rather fragile side, this United team — albeit much fitter — now has players regularly willing to play through injuries. They want to play for this club.

Wan-Bissaka has been an invaluable servant since signing before the start of last season. He has played 51 games in all competitions already this term. Shaw has a bit of an unfortunate injury history, and even he has 44 appearances under his belt. Reliability.

Now, with Shaw’s resurgence and a terrific connection with Marcus Rashford on the left-hand side, United may just be a world-class right-winger away from completing the puzzle and having two of the best wings in world football.

Cavani stays – is the No7 curse finally lifted?
A week without Harry Maguire showed just how valuable he is to United’s success
To Top