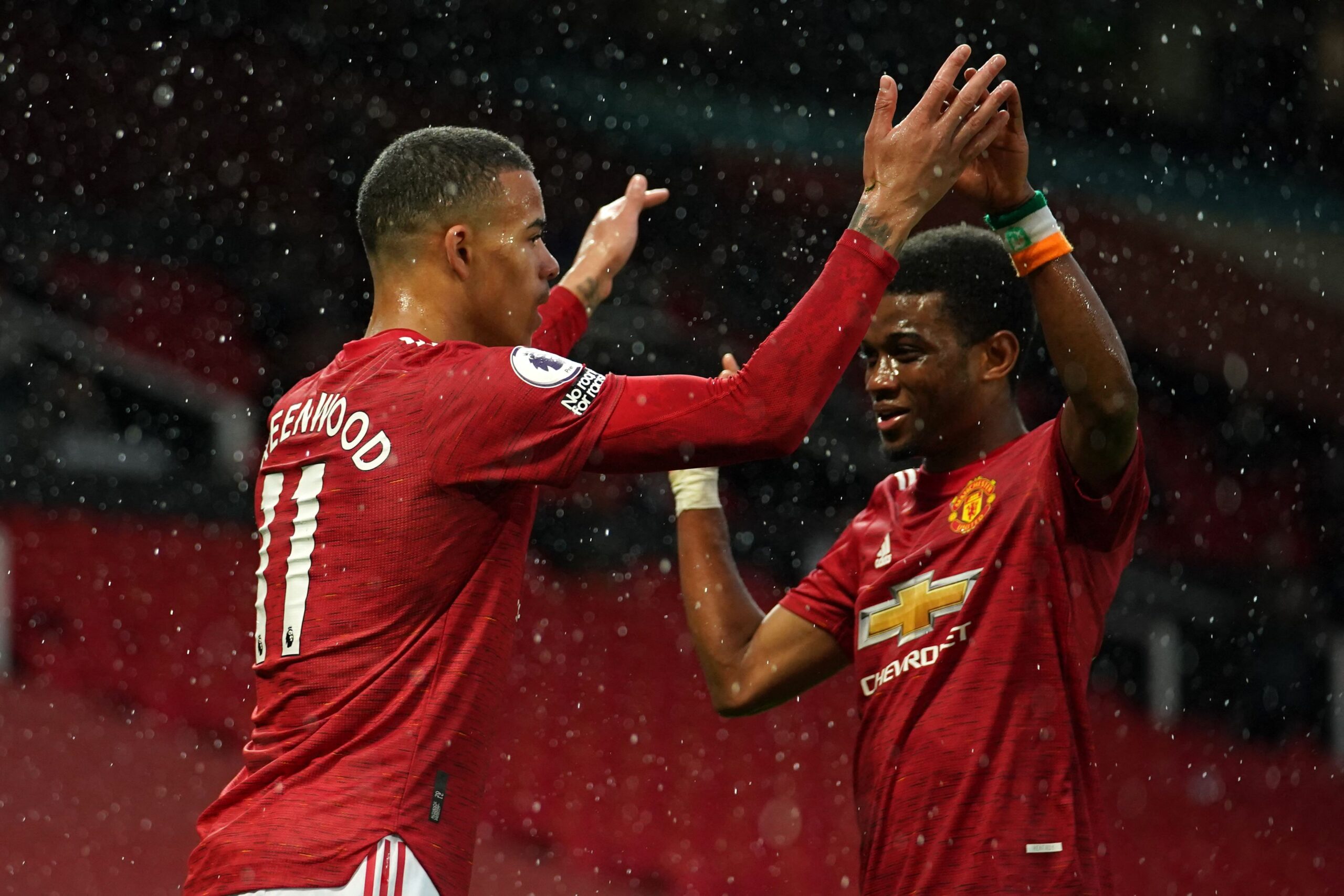 Manchester United suffered their first defeat since January as a heavily rotated side lost to Leicester City.

Ole Gunnar Solskjær made 10 changes from the side which left Villa Park with three points. Anthony Elanga and Amad Diallo were both handed full debuts, lasting 65 and 78 minutes respectively.

David de Gea – 6
Could do nothing with either goal but had very little to do.

Brandon Williams – 5
Seems to mostly struggle when he plays but he can be given the benefit of the doubt tonight.

Eric Bailly – 6
Poor decision to push up in the press for the early goal United conceded after a nervy 10 minutes but did OK afterwards. He’ll be needed in the absence of Harry Maguire for the final games of the season.

Axel Tuanzebe – 8
Nervous on the ball but nearly flawless without it. A really good return to the team for Axel.

Alex Telles – 7
Confident, assured and cool. Much better than the disaster in Rome.

Nemanja Matic – 8
United’s best player on the night, a real Rolls Royce performance from the substitute captain. Completely press resistant and held down a large part of the midfield on his own.

Donny van de Beek – 7
A really good first half from United’s forgotten man. Composed on the ball and handled his defensive duties well. His influence wained in the second half, however.

Amad – 7
You can’t expect more from a teenager making his Premier League debut. Defensive output was impressive and his assist to Mason Greenwood was the first time since 2006 that two teenagers have combined for a goal in the Premier League. Some feat that.

Juan Mata – 7
His first start since November in the league and with Leicester’s midfield dominance, Mata largely did what was expected of him. A lesson in ball recycling in the first half, very good.

Anthony Elanga – 6
The young Swede struggled to impact the game but will be happy to make his Manchester United debut. A day he’ll never forget.

Mason Greenwood – 8
Looked like the father of the frontline in the first half despite being only 19 years old and we’ve seen that finish so many times by now. Shifts his weight and the little to no backlift on his right foot wrongfoots Schmeichel. Two starts in three days for the teenager now so it is unlikely that he’ll play from the first whistle on Thursday.

Substitutes
Edinson Cavani (for Greenwood)
Came on with 25 minutes to go and made some good runs but the final ball ultimately wasn’t good enough.

Marcus Rashford (for Elanga)
Tried to make things happen but was isolated on the left-hand side.