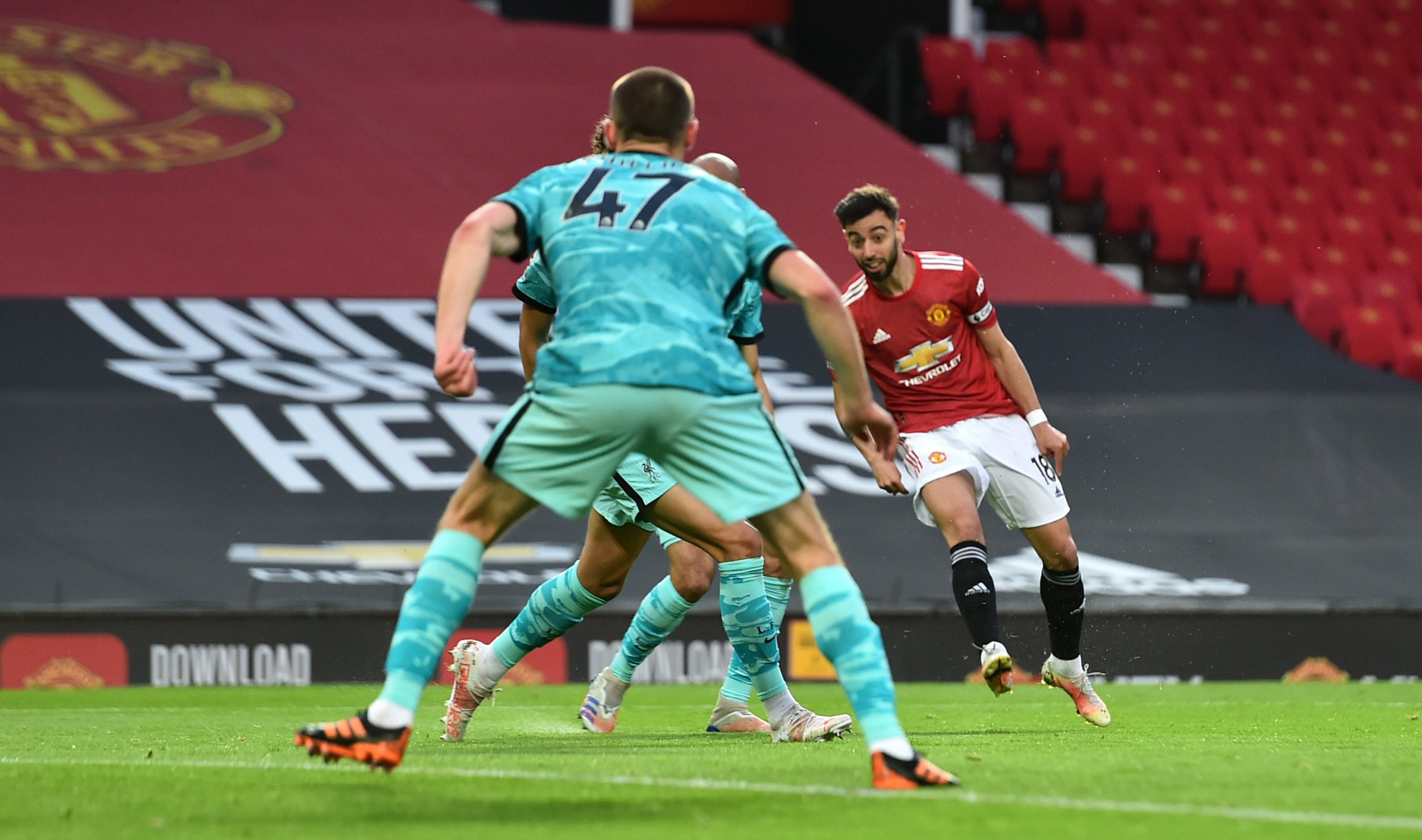 The rescheduled affair of Liverpool coming to Old Trafford fell on a Thursday just 48 hours after United’s last league game and the fixture looked to be in doubt as reports from Old Trafford suggested that the Liverpool coach had not arrived until late.

There are another planned protest with thousands of Manchester United supporters voicing their frustration with the clubs distant owners – and rightly so. The Glazers have neglected the club for too long. The club has fallen behind the European elite in every aspect. Training facilities, maintaining their stadium, the historic academy, failing to recognize women’s football.

After a decoy Liverpool bus was intercepted by United fans, it was revealed that the visiting squad had made their way to Old Trafford in unmarked coaches and could safely bypass the crowds.

So the game kicked off as scheduled and perhaps Ole Gunnar Solskjær will be hoping that it never did.

The manager played the team that post expected, with McTominay and Fred coming into midfield and Rashford, Pogba and Fernandes lining up behind Edinson Cavani. The injured Harry Maguire watched from the stands as Eric Bailly replaced him.

United started well and and their high press resulted in space on both flanks. After some neat interplay between Rashford and Wan-Bissaka just on the edge of the box, Fernandes delicately placed the ball towards the far corner with the outside of his boot. It looked like the ball was going in regardless but an outstretched leg from Nathaniel Phillips took it past Alisson.

And United were comfortable in their lead for the first 20 minutes of the game but the visitors grew into it. Eric Bailly blocked a shot from Phillips, just catching the Liverpool defender after clearing the ball. Anthony Taylor initially pointed to the spot but came to his senses after a VAR check.

But it wasn’t long until Liverpool equalized and can you guess how their two goals before half-time came? Yes, you’re right – set-pieces. United’s incompetence in front of their own goal from dead balls is astonishing. With so many players able to dominate aerially, they should be doing much better but yet they are so vulnerable.

After some pinball in United’s box, Jota pounced on a loose ball and Liverpool asserted their dominance. There few a few ‘nearly’ moments for Klopp’s side and it wasn’t until the final minute of stoppage time before the interval that they scored the vital second goal.

United were in a frenzy when the teams made their way back onto the pitch. Fred channelled his inner Fred, Luke Shaw shaw rolled back the years and Dean Henderson showed a glimpse of what was to come later in the game.

Before you knew it, two goals separated the sides and this time it was one mountain too high to climb for the ‘comeback kings’.

Marcus Rashford pulled one back halfway into the second half but United lever looked like getting the third goal. Liverpool were comfortable in keeping the Reds outside them and broke on numerous occasions before getting the fourth. Salah was through on goal and Dean Henderson, quite catastrophically, looked stunned. He didn’t come out to challenge the Egyptian, but instead positioned himself far too close to his near post.

It was a routine finish and United will now be worried going into the final stretch of the season. Top four is secured and they only need one win to cement their place in second. But Harry Maguire’s absence has never been as obvious. The United captain was pictured in the stands, in a protective boot and unable to put weight on his left ankle. Worrying images for Solskjær as they prepare for a European final.