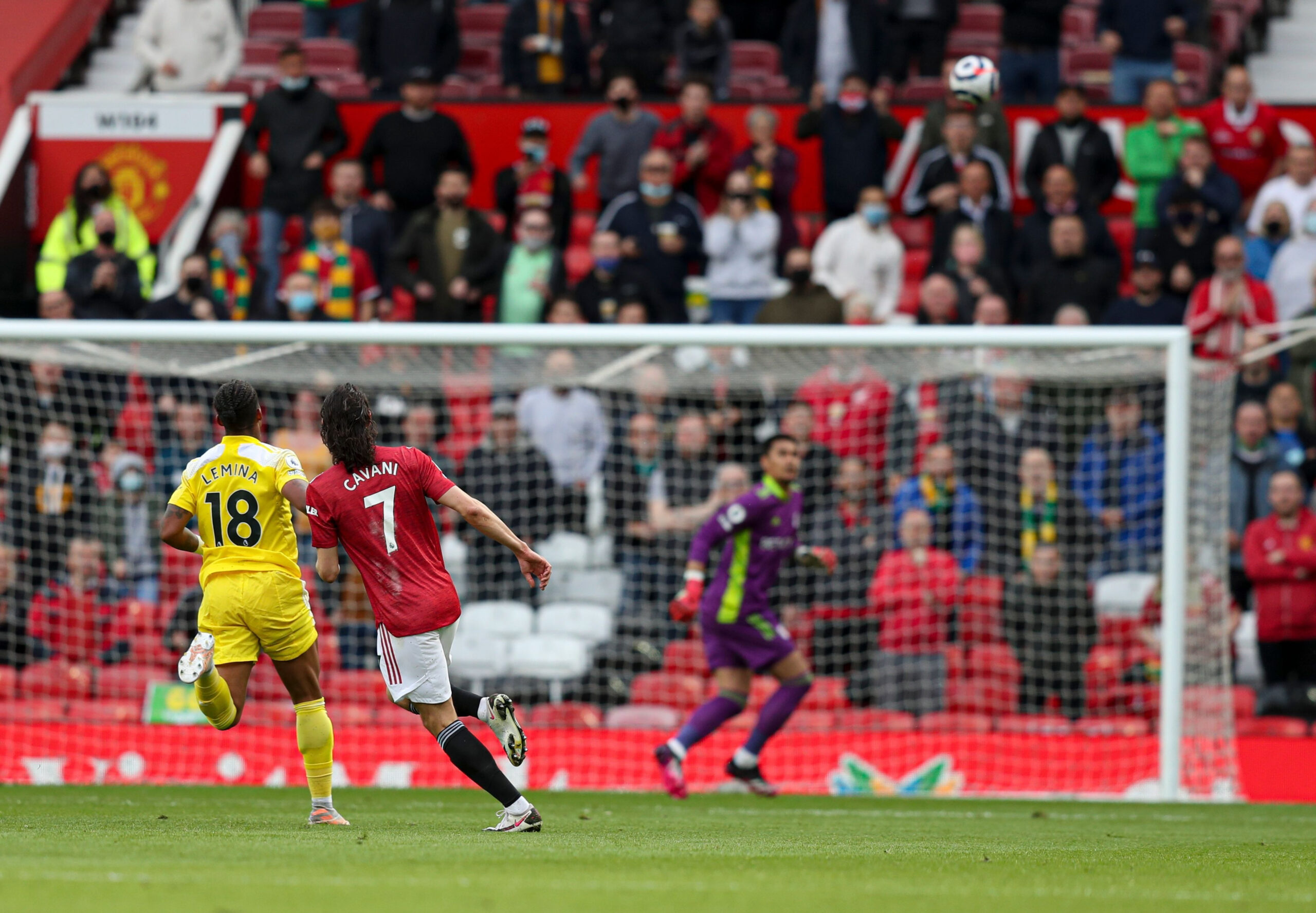 After a long 14 months, the Old Trafford seats were finally filled with fans. Albeit it was only 10 thousand Reds, it made for a great atmosphere. The 1-1 stalemate against an already relegated Fulham, on the other hand, left quite a bit to be desired.

Ole Gunnar Solskjaer’s side came into this one on the back of back-to-back home defeats and three losses in their last four in all competitions. Slightly concerning run of form ahead of a big final next week, to say the least, though the fixture congestion and constant rotation do need to be accounted for.

Already preparing for life in the Championship, Fulham have been playing dead rubbers for a couple of weeks and their visit to Old Trafford was merely a ‘nothing to lose’ field trip.

Despite the limited numbers due to coronavirus health and safety protocols, the atmosphere at the Theater of Dreams felt electric right from the start. It certainly didn’t feel like a meaningless game. The fans were audibly starved of seeing their team play.

United’s opening 15 to 20 minutes also reflected their gratitude for having supporters back. The Reds looked up for it and created numerous half-chances in the first quarter of an hour, before eventually going ahead through Edinson Cavani — the man who has been hearing all about the famous Old Trafford atmosphere.

As fate would want it, the Uruguayan scored an absolute worldie in front of the Stretford End with his first shot on goal in front of the United faithful. And in all honesty, ‘worldie’ does not do that strike justice.

It all began with a David De Gea goal kick which found Bruno Fernandes just inside his own half. With eyes all around his head, the Portuguese magician deftly flicked the ball into Cavani’s path with the latter just managing to adjust his run to stay onside. Latching onto the ball in stride, the striker looked up, spotted Alphonse Areola off his line, and sensationally chipped the Frenchman from just inside the visitor’s half.

The Stretford End erupted. The scene around the stadium was pure euphoria as Cavani slid his way into the corner and was mobbed by his teammates. Those were the scenes that we have been so desperately missing. Football is a beautiful game, but it gets that much better when those who love it most are in attendance.

Unfortunately for the fans, that was the only goal they would be celebrating on this bright Tuesday evening. United looked threatening at times but were just not clinical enough to put away the Cottagers, who hung in bravely.

A few distance attempts from Fernandes and a wonderful 1 v. 1 with Areola from Greenwood were just some of the chances squandered as the Reds left the visitors an opening to get back into the game. An opening that Scott Parker’s side put their foot through.

As the contest began to look a little leggy and United were somewhat in-game management mode — in spite of the narrow lead — Fulham broke through and equalized.

It unfolded out on the right. Luke Shaw lost a fifty-fifty challenge and allowed Bobby Reid to receive the ball and burst down the flank. Reid then got his head up and put in a glorious ball onto the back post and with the United defense all over the place.

After playing the initial chance onside, Aaron Wan-Bissaka was caught in no man’s land and Joe Bryan came darting in from left-back and got his end onto the cross and beat de Gea. Against the run of play, credit has to be given to Fulham for taking their best chance of the game. A well-worked goal.

Solskjaer has said on multiple occasions throughout the season how fans can make a difference and sometimes even pull the ball into the opposition goal during tight games. Well, their return for Old Trafford saw the potential of an eruption as a result of a late winner or 10 thousand sighs of deep disappointment at another poor result at home. There was no in-between.

Sadly for the monumental occasion, it was the latter. The Reds looked to just lacked the energy to really go for it and try to tilt the result their way.

This is defensible in the way that this result means virtually nothing for the players. It’s hard to get up for those kinds of games, but the fans will be disappointed with that nonetheless.

This also concluded United’s home Premier League campaign as the Reds managed to win just nine of the 19 games. That, quite simply put, is not good enough and must be improved next season.