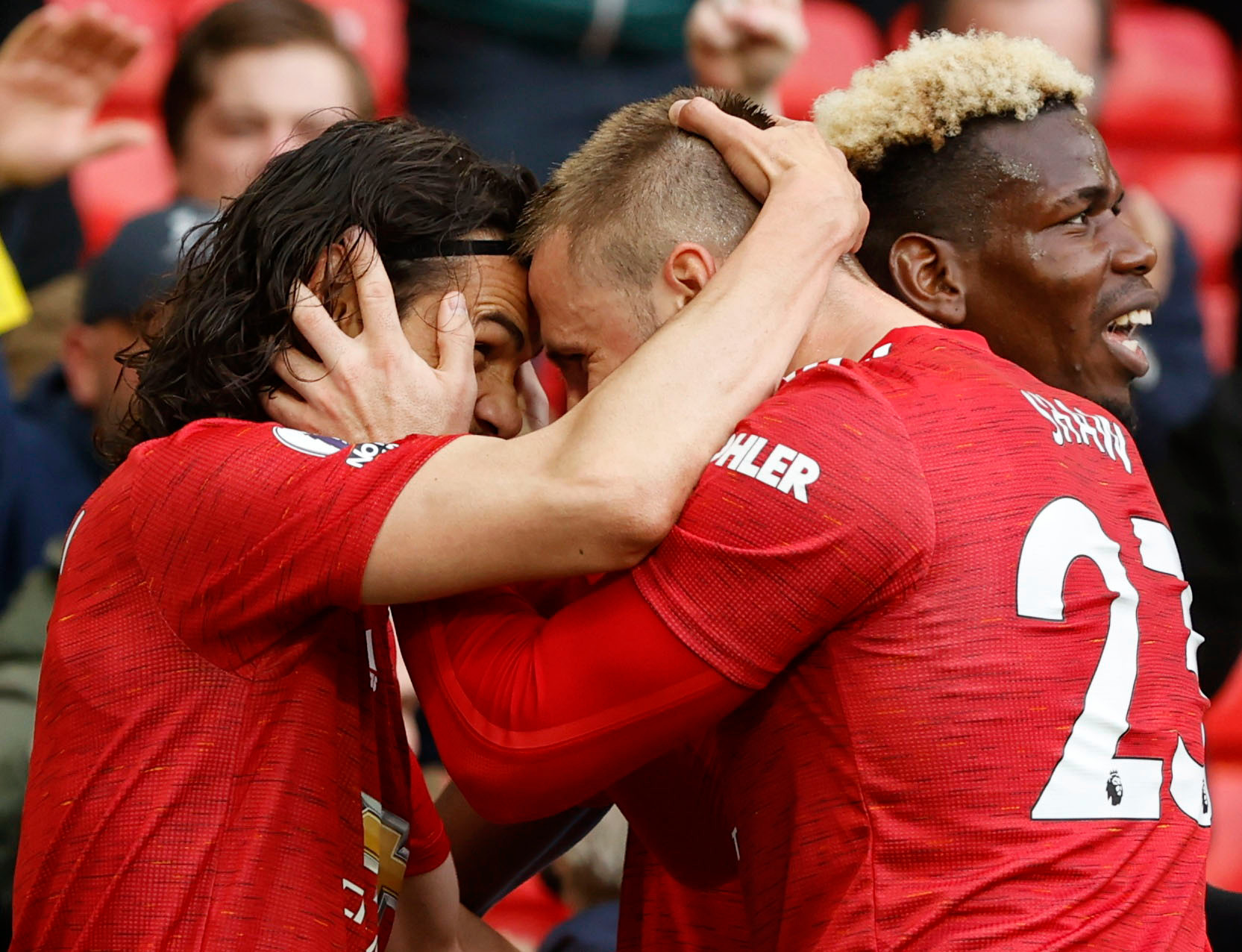 To be completely honest, performances and ratings meant very little today: the star of the show was the Old Trafford faithful, back for the first time in 14 months. The sights and sounds were enough to bring a tear to your eye.

A draw may not have been the ideal way to mark our long-awaited return to the ground, but very little was on the line and it was all about hearing that crowd roar again for the first time.

David de Gea – 7
Many cited de Gea’s return to the squad as a notable one, following Henderson having a less than ideal game against Liverpool. However, the number one spot still isn’t nailed down for certain and Ole will also be wondering which one to keep fresh for the Europa League final.

Although he didn’t have anything too tough to deal with, he did have a good moment to save a sneaky shot high at his near post and stop the follow-up around the 60th minute. He maybe could have done better for the goal but it did arrive late in all fairness – perhaps a reflex save on another day.

Aaron Wan-Bissaka – 6
Not his best day in a United shirt, it must be said, but by no means his worst. Showed intent to get forward but lapsed on the defensive side of things where he’s usually more reliable.

One of his faults (few though they may be) is that he often tucks way too far inside when the opponent is countering and, as such, if the ball is switched as it was for the Bryan goal, his man is left wide open. Like many on the pitch, just not his day.

Victor Lindelöf – 7
He played even more of the distributing role without his usual centre-back partner beside him, but the Swede had a solid enough showing, with none of the real defensive lapses coming for his performance in particular.

We’re used to middling performances from the Swede – middling seasons, even – but his relationship with Maguire has looked to have developed somewhat in recent weeks. Just worrying that it has been interrupted with a cup final looming.

Axel Tuanzebe – 7
As for the other choice at centre-half, the defensive unit clearly isn’t going to be as watertight without the usual chemistry that your first-choice pairing possesses, but it wasn’t bad from Axel.

Aside from a little slip or a soft pass in one or two moments, he filled the void left by the club captain fairly well and we’ve already seen how he can perform when called upon in the big games – PSG being just one of them. Question is, will this be Solskjær’s selection against Villareal.

Luke Shaw – 6
It was a bit of a shame to see Shaw – the newly-voted Players’ Player of the Year – drop a little in terms of performance this evening, having been so good for so many months.

Although he did get down the wing and whipped in plenty of balls, he did look a little less convincing on the ball than he has of late. He certainly could have been stronger in the tackle that led to conceding but everyone is allowed their moments: they’ve mostly this season. Not his night either.

Fred – 7
Fred was his usual frenetic self, as expected, but he did have a better game in possession than in recent weeks; even when he tried some slightly more adventurous passes than usual, they mostly came off.

However, his role in this game wasn’t enough to spur on anything of real quality in transition, with those kinds of forward balls usually bypassing him altogether. Did his job, nothing much more.

Scott McTominay – 6
The story was very much the same for the second of the double-pivot too, as McTominay showed plenty of energy and determination, enjoying a few strides down the midfield.

Ultimately, his evening was cut short as he was hooked off for Rashford in the 62nd minute. It was unclear whether he picked up a knock of any kind but the Scotsman did look a little laboured in the second half.

Paul Pogba – 7
Pogba was another one whose influence just wasn’t quite felt today. He showed his usual quality on the ball, only risking overplaying on a few minor occasions and did well to create those link-ups in midfield.

It was more just a case of the creative output being generated from elsewhere and the Frenchman being one of many cogs tonight rather than ‘La Pioche’.

Bruno Fernandes – 8
It felt like a frustrating night for Bruno who could have been on the scoresheet either with a goal or an assist on numerous occasions against Fulham. He had a few good strikes saved and nearly netted a wonderful free-kick but no dice.

As per, he was a constant creative threat, trying lots but nothing came off. Aside from the assist that never was for the opener, he could have had a hat full of contributions had the ball just been an inch over or had someone managed to get the necessary touch on it. Influential nonetheless.

Mason Greenwood – 7
Greenwood had a really good game in every aspect other than his final ball. Worked the wing well, offering an offensive outlet as well coming deeper to pick up the ball and pull Fulham out of their shape.

He ultimately made way for an Amad cameo having not managed to add to his run of games where he’s either scored or assisted. On another day, he maybe takes one or two more of those chances and it’s a different result.

Edinson Cavani – 9
What more can we say about El Matador other than he is simply inevitable. It seems like we always know he is going to score but nobody could have predicted his first goal in front of the Stretford End would be anything like that. A simply unreal finish.

Rather serendipitously, it was reminiscent of McTominay’s long-range chip against City the last time fans were in the ground. He was fluid in his movement as always but his contribution alone could drag us across the finish line this time. We’ll be watching that finish on repeat regardless.

Marcus Rashford – 5
He didn’t have too much time to make an impact, in fairness, but chances are Rashford would have made more of his appearance had been given the time to match the momentum.

That early bit of skill may have been glorious but it did look like he needed to have started or at least come on straight away for the second half in order to get into his rhythm.

Of course, you always want your players to put a shift in but, more than anything, it was just nice to be back and we’re sure it was a special day for the players too.

Although we didn’t get the free points and it wasn’t quite a full-house (fingers crossed, sometime soon), witnessing a goal like that on your return to the stadium does help soften the landing. Simply sublime.

Sometimes, there are things much bigger than the result and today was one of those days. Welcome back Reds, we’ve missed you. On to the next one.