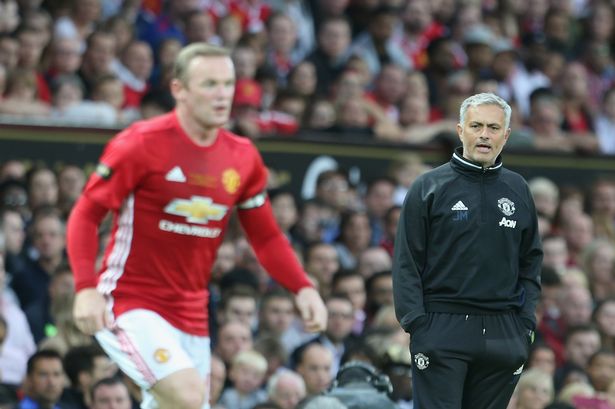 Wayne Rooney has spoken out about how he believes José Mourinho has already repaired the damage left by Louis van Gaal, who managed Manchester United for the past two seasons.

The United skipper suggested that Van Gaal’s tendency to name line-ups early crushed team spirit and demoralised players who knew they were going to be sat on the bench in the upcoming fixtures.

Van Gaal would name his squad up to 48 hours in advance of matches, but Rooney says that every player fights for a place in Mourinho’s side up to the very last moment.

“Everyone knows that if you work hard, then you will eventually have the opportunity to show your worth,” said Rooney, as per the MEN.

“Last year many players knew that they would be starting on the bench even days before the game.

“Some would even know that they would not be travelling with the squad. This year we are more of a group and this is our true strength.”

The England captain also explained the winning mentality that Mourinho has restored in his new squad, something that Rooney feels the team have missed in the past few seasons.

“If we think of the years in which he won the title with Chelsea, Mourinho always made a good start.

“This is good for us as a team, we feel more confident in our ability.

“José has brought his winning mentality into the dressing room and the players have grasped it, whereas this is something that we probably lacked in the last two years.”