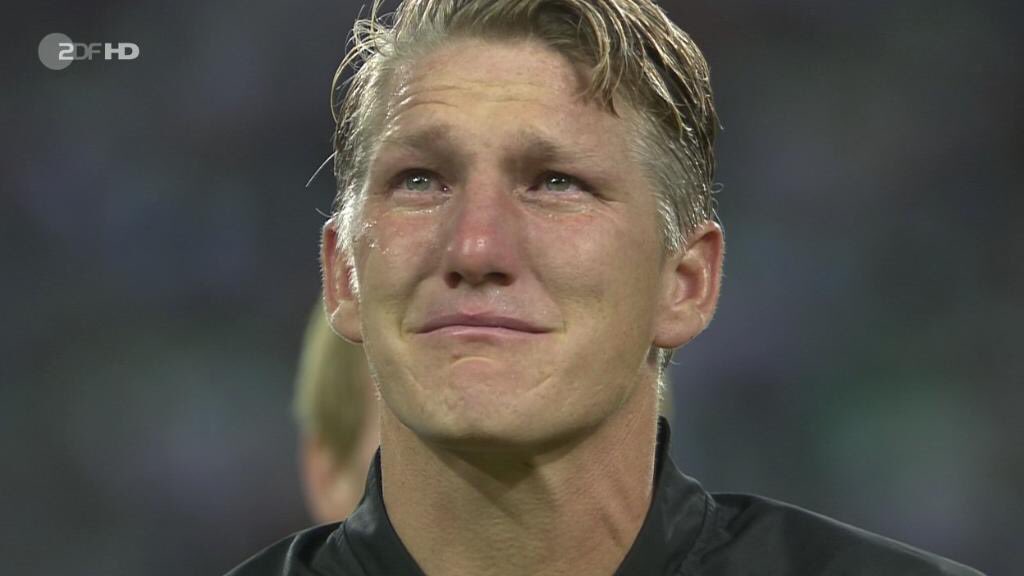 Wednesday night would be the final time Bastian Schweinsteiger would play for Germany in their friendly against Finland, and the emotion of the occasion was clearly too much to handle for the one they call Fußballgott.

The Manchester United midfielder has made 120 appearances for Germany over the years (his appearance v Finland will make it 121), scoring 24 goals in the process and winning a World Cup in Brazil, 2014.

Schweinsteiger, 32, is undoubtedly a legend of German football, and is clearly upset that his international career is over.

You can watch the clip of Schweinsteiger below:

Speculation has surrounded the German midfielder’s future at Old Trafford recently, but the player himself has published a statement saying he wants to fight for his place under Mourinho, and that the Red Devils will be the last team he plays for in Europe.