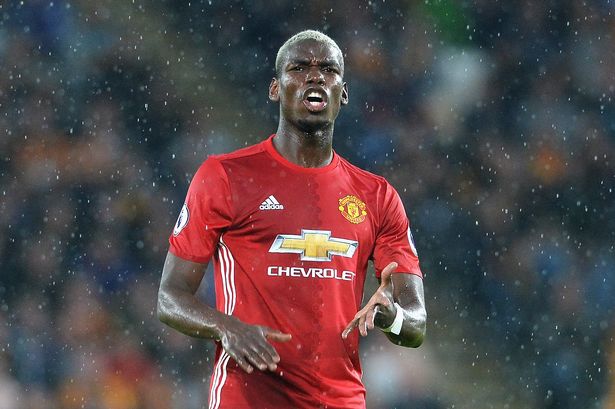 For the past three years, Manchester United fans have had to endure numerous transfer sagas that have ultimately ended in failure, something that wasn’t welcomed alongside the poor performances. Under David Moyes it was Gareth Bale, under Louis van Gaal, it was impossible to keep count. Neymar,  Müller, Hummels, Mané, Firmino, Sergio Ramos and of course, Cristiano Ronaldo, who himself teases Manchester United fans year in, year out, only to extend his stay in sunny Spain.

This year has been non-identical. José Mourinho analysed the squad that he had inherited from his predecessor and deemed it fit barring four positions, a central defender, a striker, a winger/number 10 and a central midfielder. Those four positions were filled by Eric Bailly, Zlatan Ibrahimovic, Henrikh Mkhitaryan and the world’s most expensive player, Paul Pogba.

Three games in, nine points won. Paul Pogba saw his debut man-of-the-match award ripped from his grasp as Zlatan Ibrahimovic scored two at Old Trafford against Bournemouth, and yes, I am talking about the ‘washed-up’ 34-year-old who wouldn’t score in the Premier League. Well, that myth lasted long. If that wasn’t enough, Eric Bailly landed three man-of-the-match awards in his first four games for Manchester United and alongside Henrikh Mkhitaryan gave Manchester United a spark as they dug deep in order to find a winning goal against Hull, which they found in the 93rd minute, by the youngest player to ever score under José Mourinho, that being Marcus Rashford.

If you’d have told a Manchester United fan before the window opened, whilst Louis van Gaal was in charge, that come August, José Mourinho, Zlatan Ibrahimovic and Paul Pogba would be at Old Trafford, the disbelief in his eyes would have been something to remember. This summer for Manchester United has arguably been the best in many, many years. Under Louis van Gaal, fans were told even after three years, it’s a ‘transition’ and our expectations were too high, even after three years without winning something. The winning mentality installed by Sir Alex Ferguson had been dismantled as the likes of Rio Ferdinand, Nemanja Vidic, Patrice Evra, Darren Fletcher and co. had left the club but with the appointment of José Mourinho, his words were ones which fans were desperate to hear, “I want to win everything“. Not only has the hunger for trophies been installed through the manager, but his signings. Zlatan Ibrahimovic is a serial winner, winning a major trophy in every league he’s played in, at 34, he still wants to win, insisting he didn’t come here to ‘waste time’.

Even if Manchester United were to fail to win the league this year, you get the feeling that their hunger would grow even more. Mourinho would be disappointed due to failing to achieve his own expectations and if Pep Guardiola were to win the title, then things might get even more serious.

All in all, this summer for Manchester United has been nothing short of perfect. Preparation is key and no deadline-day deals have meant we won’t have to wait for a player to settle in, three or four weeks into the season. Despite a disastrous pre-season campaign, no major injuries were inflicted on Mourinho’s squad, meaning José is spoilt for choice when picking a first-eleven. Not only are the new signings a positive, but a few players have been rejuvenated under José. Antonio Valencia is showing no signs of his previous self, Fellaini has cut out the serial-elbowing and Luke Shaw has been magical since his return after his awful injury. It hasn’t been a more worthy time to be excited as a Manchester United fan since the days of Sir Alex Ferguson and whatever happens, it’s going to be a fun ride.