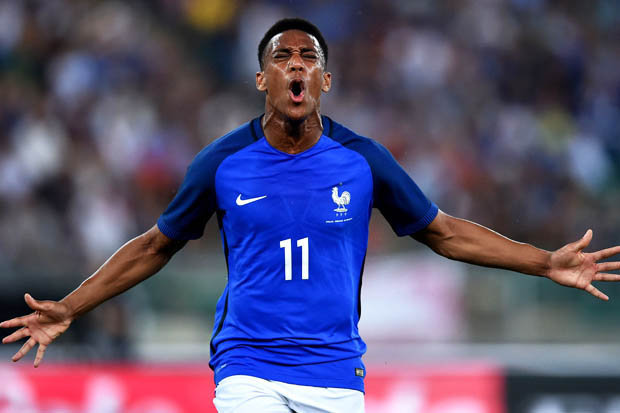 Manchester United forward Anthony Martial has said that he believes he ‘should have been better’ at EURO 2016.

The 20-year-old only played for 45 minutes throughout the tournament in his home country, and saw his side lose the final in extra-time thanks to Eder’s late winner.

“It was a very difficult Euros, we didn’t manage to win the title and the coach only played me for 45 minutes – it was pretty disastrous,” he told Telefoot, as per the Daily Star.

“After that I spent it on the bench, but that happens, I am young, I am going to learn from that.

“It was the first time I had played so much for my club but that is not an excuse.

“I should have been better.”

Martial has played for United 60 times since making the switch from French side AS Monaco, and Mourinho has continued to utilise the 20-year-old in his team this season.

Martial has racked up two assists so far this season, helping United maintain a 100% win record in the Premier League.