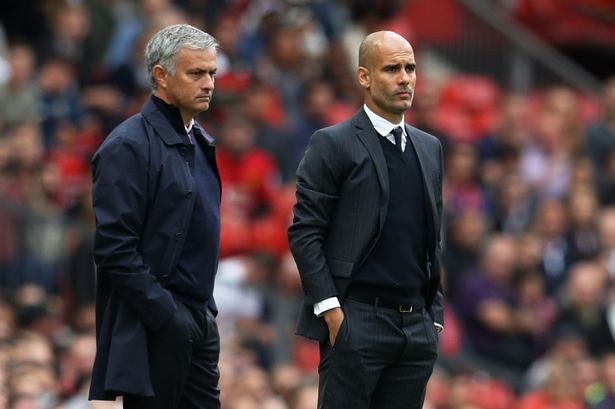 The eagerly anticipated Manchester Derby seeing José take on Pep ended in defeat for United, the first for Mourinho since he took charge. The defeat showed many things, there were improvements but many disappointments all round.

It seems as if Antonio Valencia isn’t exactly the correct fit at the right back position. Of course, he’s not a right back, but at times the Ecuadorian has been rather impressive in the position while filling in for Matteo Darmian. Although it seems like Darmian is currently out of favour, the Italian may get a chance to shine on Thursday evening in the Europa League when United face Feyenoord. Personally, I feel Darmian should be given the opportunity in the Premier League. He is capable of becoming a top class defender, and showed some signs of how good he is when he first appeared for United at the beginning of last season. Darmian is solid defensively, but his attacking threat and pace isn’t the same as Valencia’s. Another alternative would be Fabinho from AS Monaco. The Brazilian however signed a new contract at the French club a few days ago, committing to Monaco for the next few years.

We still seem to be missing something out on the right flank. Henrikh Mkhitaryan didn’t have an impressive game on the wing. He seemed rather lazy at times, and was dispossessed rather easily throughout. Against Hull City before the international break, Mkhitaryan was certainly a threat but that seemed to come through the middle. It will be interesting to see how Mourinho deploys him next time out. For me, it was a surprise that Juan Mata was left out. The Spaniard has been playing really well, and has experience in this fixture unlike Mkhitaryan. If Mata had played from the start, it may have been a different first half for United. What can United do then? Obviously it was just a bad day for Mkhitaryan; the Armenian is full of class and I think he will flourish sooner rather than later. I am excited to see more of him, but maybe his fitness was the problem at the weekend after picking up a knock on international duty with Armenia.

3 – No Need To Change A Winning Formula

Both Mata and Anthony Martial were dropped today, to the surprise of many. Martial did look like he needed a rest, but I did not expect Jesse Lingard to walk back into what was a winning side. Two key players were missing and I feel the change wasn’t exactly needed, especially with both Lingard and Mkhitaryan having fitness concerns. I thought if there was going to be a change it would have been the talented Marcus Rashford who replaced Martial. At times we did play well, and when we got the goal we did come into the game more and looked like we were going to get level on a few occasions. We arguably should have had a penalty when Claudio Bravo jumped in on Wayne Rooney but it wasn’t to be. I think next week against Watford we will see the same side that won the first three games, hoping that no injuries take place in the Europa League or in training.

At times the midfield looked rather dead. City were able to walk through many times with ease and it was embarrassing at times. Marouane Fellaini looked like he was lost, and Paul Pogba had an extremely frustrating day. The arrival of Ander Herrera at half time did looked like there was light at the end of a tunnel. The Spaniard had a great game when he came on, and made a difference in helping United keep possession and also gain it back when lost. I found at times we looked like we had no real danger from the tall men in midfield. The long ball tactic simply did not work and we continued to try it and didn’t learn from it. There were many failed knock-downs from Fellaini and at points during the match it seemed as if he was just getting in the way.

5 – Eric Bailly Is Going To Be A Great

Bailly was again fantastic, at times yes he was caught out, but £30m almost seems like a bargain for the Ivorian. He’s the complete defender and has great ability, great things are to come and his partnership with Daley Blind is flourishing. Chris Smalling is going to struggle to get back into the line up.

It’s clear that we are improving, Mourinho has made a difference to the squad and there is more to come from us this season. I for one definitely feel we will become a lot better and challenge for the title this season.