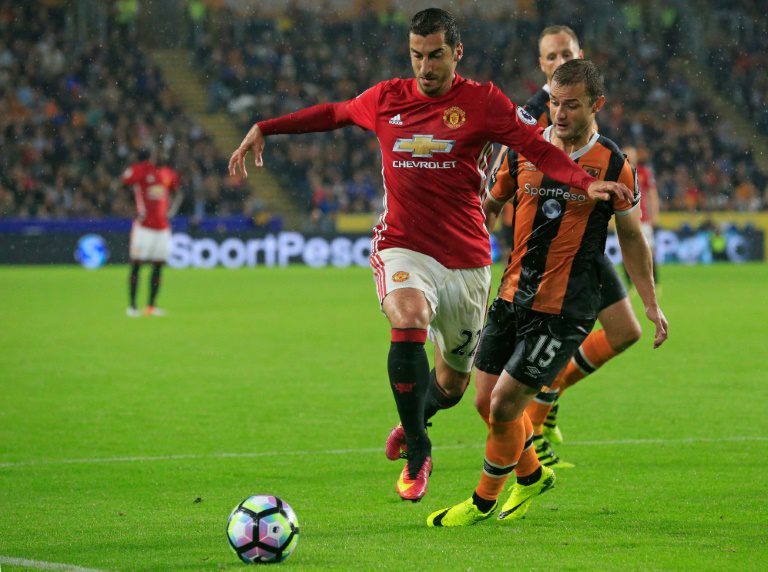 José Mourinho has spoken out about the Henrikh Mkhitaryan situation, and confirmed why the Armenian has been featuring less than some expected.

Mkhitaryan travelled with the squad for the 1-0 win over Manchester City on Wednesday, and despite being seen departing the coach in a full United tracksuit, was left out of the 18-man squad entirely.

Mourinho has insisted that the player is not injured, but has explained that he needs time in order to be ready to compete in the Premier League.

Speaking at the pre-match press conference ahead of the clash with Burnley on Saturday, Mourinho said: “Mkhitaryan is not injured, Mkhitaryan is training with the team 100%.

“Not injury, sometimes I confuse the meaning ‘fit’ in English language. Sometimes fit is ready to compete.

The United boss also likened the Mkhitaryan situation to that of Willian (Chelsea) and former Red Devil Ángel Di María, who supposedly both had similar ‘problems’ when starting up under Mourinho.

“I don’t want to be misinterpreted but I don’t think he will be upset with me,” he said.

“Willian when he arrived at Chelsea he had problems, he went through a process and the next season he was a champion he was phenomenal and he still is.

“I had similar with Di María when he came from Portugal. Sometimes it happens.

Many United fans want to see Mkhitaryan in action this weekend, but following Mourinho’s comments, this does not look particularly likely.