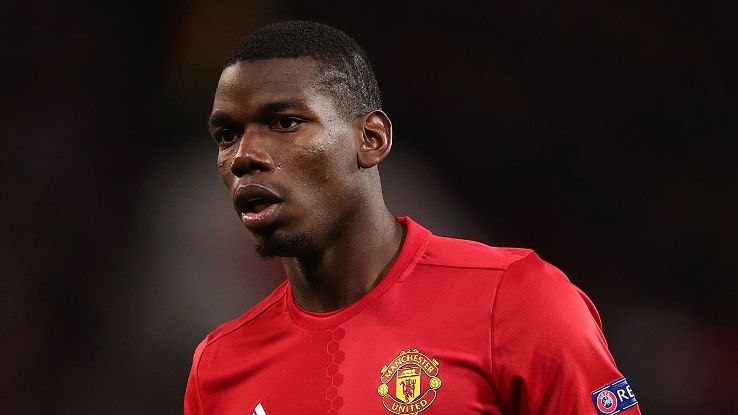 After getting back to winning ways with a 1-0 win on Wednesday in the EFL Cup against Manchester City, many will be wondering how Mourinho’s men will line up at 3pm tomorrow for the clash against Burnley. With so many brilliant performances on Wednesday, most fans will be hoping to see a similar line up once again.

As always, there is no question about who will be in goal for United come the weekend game. David De Gea is a certainty when fit, and with a clean sheet on Wednesday, the Spanish ‘keeper will be hoping to keep a few over the next few weeks in the Premier League.

Again, this is almost a certainty. Valencia has been in absolutely brilliant form this season, and looked extremely sharp against City on Wednesday. It’s going to be very difficult for Matteo Darmian and Timothy Fosu-Mensah if they want to get a chance in the side.

It is certainly a partnership that no one saw coming, after Chris Smalling was left out of the squad on Wednesday, Marcos Rojo filled in for the injured Eric Bailly alongside Blind and they gelled together. Rojo put in what was possibly his best performance in a Red shirt, and made a huge statement to Mourinho. It seemed as if Blind’s calmness and control was able to help Rojo, meaning this could be a key partnership until Bailly returns if Smalling is kept out of favour.

Surprisingly, Shaw didn’t have the best of games on Wednesday against Jesus Navas. However, he is the first choice left back and since he’s back to full fitness, Shaw belongs in the team. He started last season’s campaign so well, and has started this one in good form also, but with a little injury holding him back, now is the time for Shaw to re-cement his place in the starting eleven.

The midfield three of Carrick, Herrera and Pogba worked very well midweek, and hopefully Mourinho sticks with it. Carrick showed he still has it, he controlled the game and even outpaced Sergio Aguero at one stage late on. His intelligence and control is needed to settle Pogba, and give Herrera more freedom. Ander Herrera was once again Man of the Match against our City rivals, the Spaniard is in the form of his life, and is surely a definite starter tomorrow. Pogba’s inconsistency remains however, after a poor game against Chelsea, he was much better against City, but maybe that’s because of Carrick’s presence in the midfield, we will soon see tomorrow if this is the way United line up in midfield.

The match winner put in another great performance against City, and United are yet to lose a domestic game this season when Juan Mata has started. He belongs in the starting XI, and always pops up with important moments for United, like the opening and only goal on Wednesday in the cup. Henrikh Mkhitaryan will hopefully make the bench this weekend after being left out of the final 18 in midweek.

As the teenager approaches his 19th birthday on Monday, he’ll be hoping to make it a memorable weekend. Again, Rashford was one of the stand out stars against City and it doesn’t look like he will lose his place. Anthony Martial will probably be back among the substitutes in his quest to get back to full fitness.

As Ibrahimovic continues his goal drought, many will begin to question whether he’ll be pushed out of the side by Rashford, Martial or even Rooney. He hasn’t scored in the league since the defeat to Man City last month and some of his performances have been rather lazy. However, the big Swede played a key part in the goal scored by Mata on Wednesday, and it looks as though he will be able to keep his place against Burnley tomorrow.

How United should line up vs Manchester City – Mkhitaryan starts
Stopping the Rot: José’s Impact at United
To Top