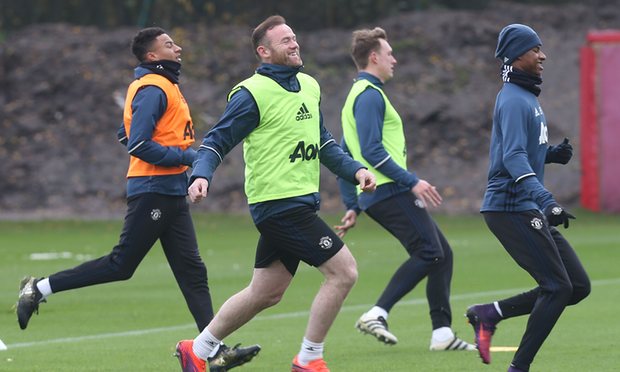 José Mourinho has confirmed that Wayne Rooney is ready for Manchester United’s next game against Arsenal on Saturday.

Rooney was sent home by England manager Gareth Southgate due to a minor knee injury earlier in the week, but sparked controversy when photos appeared of him at a wedding in Hertfordshire in the early hours of the morning.

However, the United boss refused to comment on the incident, and said he does not comment on players and their actions with their respective national sides.

“Sometimes they come back stronger than when they left us, because something good happened there, something positive for them, good performances, good results.

“Other times injuries, sometimes big injures, other times frustrations because they didn’t play, because the result was bad.

“In this case, we know what didn’t go well. But national team is a different chapter and a chapter that is closed now until I think March or the end of February.”

With Zlatan Ibrahimovic ruled out of the game through suspension, Wayne Rooney could start the game as a lone striker.