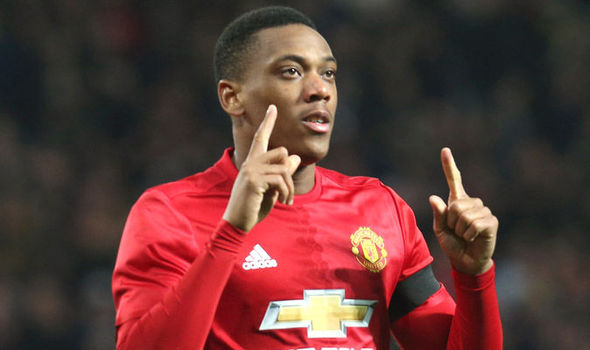 According to José Mourinho, Anthony Martial is performing better for Manchester United as he is simply working harder, and added that the happiness from the two goals he scored against West Ham will spur him on to continue producing on the pitch.

The French winger scored twice in United’s 4-1 thrashing of the Hammers on Wednesday, and produced a display similar to what the Old Trafford faithful were used to seeing the 20-year-old do in his debut season.

And, José Mourinho believes that this sudden upturn in form is because the player’s work ethic has improved.

“He is working harder than before, to be honest,” Mourinho said.

“When you score goals I think it helps for happiness to be back.”

“As an attacking player you can play very, very well, but if there are no goals then the happiness is not there.”

Martial is under contract at Old Trafford until 2019 after signing from AS Monaco, yet United will owe the French club an extra €10million if he reaches 25 goals for the Red Devils, due to a clause in his contract. With Martial on 21 goals already, United may have to cough up the cash soon if he carries on playing like he did against West Ham.