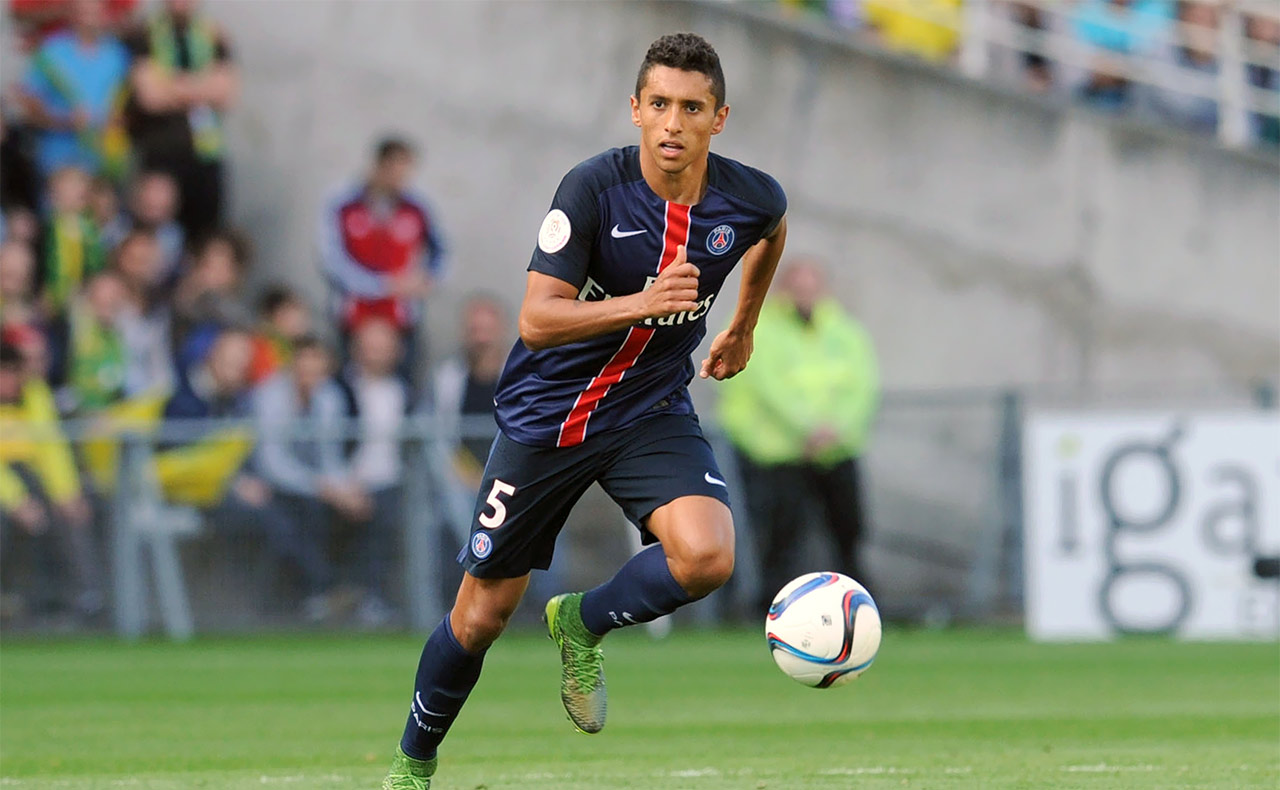 In recent weeks, PSG centre-back Marquinhos has been linked to a summer move to Manchester United. In order to get some insight on the 22-year-old Brazilian international and to discuss the prospects of a transfer, we sat down with French Football Weekly for a little chat.

UR: Hi! Could you please introduce French Football Weekly to our readers?

FFW: French Football Weekly was founded in 2011 and is a website for English-speaking fans of French football, which takes in Ligue 1, domestic cups, European competitions, women’s football and the various French national teams.

UR: What can you tell us about Marquinhos’ story so far?
FFW: Marquinhos joined PSG in July 2013 after a year at Roma, for one of the biggest ever fees for an U20 player (over €30m). He’s mostly a centre-back but can also play right-back, spending a fair amount of time there in the 2014/15 and 2015/16 seasons when David Luiz was preferred in the centre next to Thiago Silva. In his three completed seasons with PSG he has won Ligue 1 three times, the Coupe de France twice, and three league cups – this season while PSG are second in Ligue 1, PSG have already won the league cup and are in the final of the Coupe de France. He was also part of the Brazil side that won the 2016 Toulon (U20) tournament 5-2 over France in the final – which included scoring his only goal in national team colours. He is now a stalwart of the senior national team in World Cup Qualifying – and won Olympic gold last year.

UR: How would you describe the Brazilian’s style of play?
FFW: If ‘modern defender’ isn’t a meaningless term, well, he is one. Solid in defence but also useful going forward – and not just at RB. He’s very measured when setting things up, but can also make a decisive move forward – when that’s sensible. He’s the type who relies on speed and being in the right place at the right time rather than the need to go in for big tackles and distributes the ball well too.

UR: Are there any noticeable weaknesses in Marquinhos’ game?
FFW: Not really! As well as being solid defensively, he chips in with the occasional goal (often headers from corners etc) and in four seasons is yet to be sent off for PSG. This is France. That’s quite impressive.

UR: Do you think the young defender is ready for a potential move to the fast-paced and physical Premier League?
FFW: Yes – he can cope with a lot, and has often seemed a calmer head than his older and more experienced colleagues in the PSG defence. Unlike them, he doesn’t seem to be surprised that teams are occasionally better than them, and do things like attack and shoot and score. He doesn’t get arsey about that, he just deals with it. He is strong, but quite wiry and sometimes looks more like Off The Wall era Michael Jackson than your standard image of a rugged centre back. But the French game is pretty physical and has played well in the Champions League too so he knows how to handle himself and shouldn’t be phased.

UR: PSG are notorious for holding onto their players. How feasible is a summer move for Marquinhos?
FFW: PSG have a lot of money, so their players are well-paid for sticking around. It’s unlikely that the club would *need* to sell him – so the question would be, whether he wants to go. His contract was initially for 5 years, but he signed a one-year extension in March 2015, which in theory takes him to the end of the 2018/19 season.