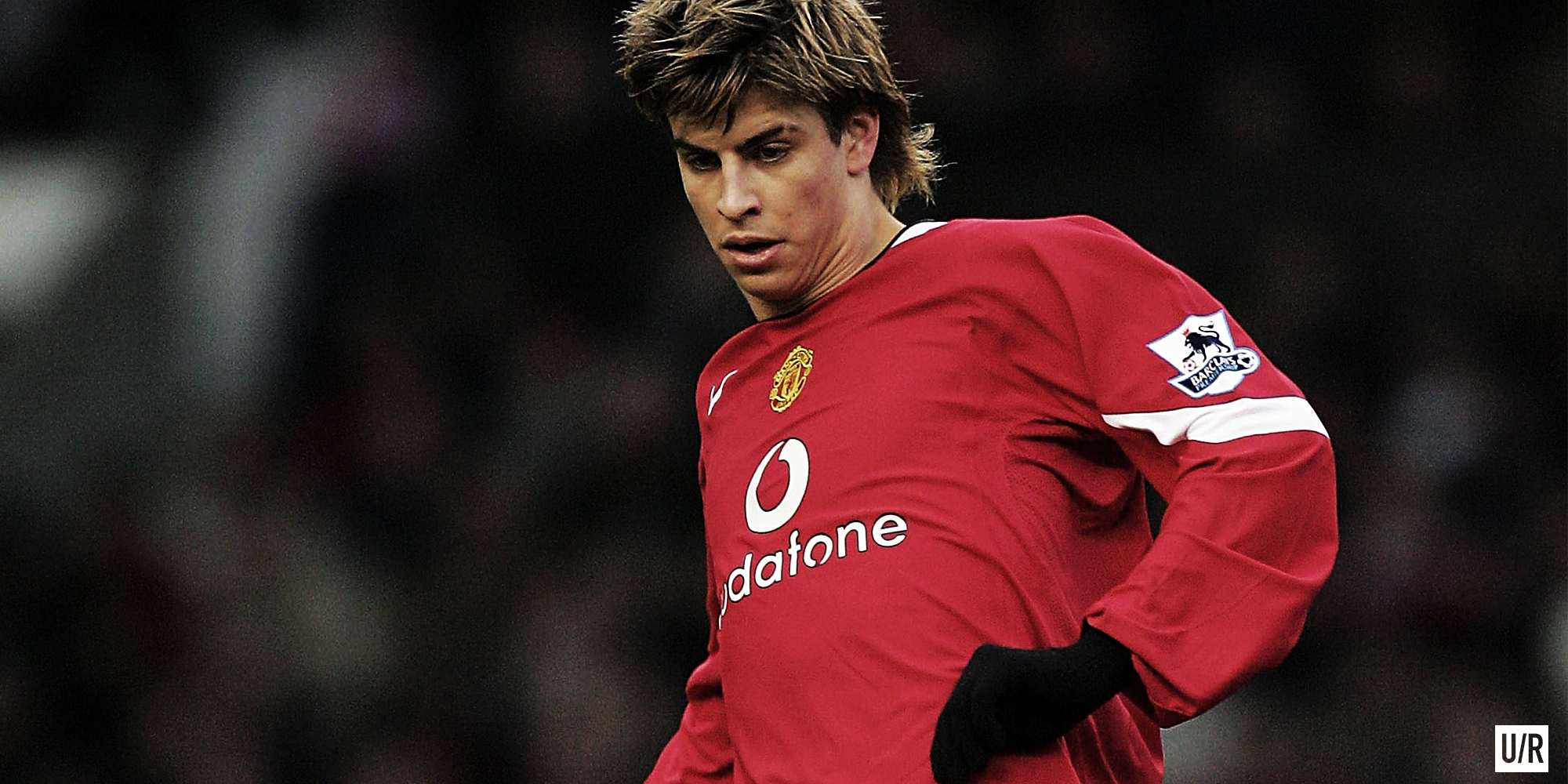 The first player that I thought deserved a place on this list is Gerard Pique. Many people know Gerard Pique for being one of the best centre-backs in the world, playing his trade at Barcelona. Not many people know that he actually played for Manchester United from 2004 before leaving to join Spanish giants FC Barcelona in the 2008 summer transfer window for a reported £4 million fee. This is peanuts compared to what he would go for now. He openly admitted he left due to not being able to break up the famous Rio Ferdinand and Nemanja Vidic partnership.

For Manchester United, Pique played the majority of his games actually coming off the bench and playing striker before actually playing centre back and defensive midfield. I personally think we should have given Pique another loan move before trying to fit him into the squad as he was a good player for Manchester United but he just needed the experience to try and break up the Ferdinand and Vidic partnership. As you can see now, we are crying out for an experienced centre-back after both Ferdinand and Vidic left, Pique would have been mature enough and certainly good enough to replace either of them and created a great partnership with Bailly.

Fan favourite Hernandez has been a revelation at new club Bayern Leverkusen since leaving Manchester United in the summer of 2015. Scoring a very impressive 26 goals in 43 games for the German side in his first season. This lead to questions over how Louis van Gaal could sell the Mexican forward, as he was our only natural finisher within the squad.

Hernandez decided to leave Manchester United after being told that he was behind Wayne Rooney in the striking options, this made him feel ‘unhappy’ and he left trying to find his ‘happiness’ as well as to feel ‘loved and important again’. Many people didn’t want him to leave as he was a favourite among the fan and possess tremendous ability when inside the box/ His movement and finishing have been sorely missed since he left Old Trafford, with Manchester United’s team seriously lacking goals since, with only Zlatan Ibrahimovic consistently scoring before his injury.

I personally think we should have kept Hernandez and started him more often. Many thought it was a no brainer as Rooney hadn’t been in form at the striker position for some time, this was my opinion as well. When you find a traditional striker who relies more on his movement and his finishing ability, you should always give them an important role within the squad as they are very hard to find. I think if Louis Van Gaal wasn’t manager last year, he still would be playing in Manchester United’s colours.

After impressing in his first 4 games, fans never really got to see Di Maria in any sort of good form. He performed pretty diabolically from then on out. Even though he played terribly he still knocked up an impressive 12 assists in his first season, with a lot of his appearances coming off the bench. After the season, he left for Paris Saint-German for around £44 million. He then later revealed that he left due to Louis Van Gaal’s strict way of playing, which sucks the creativity out of football.

Di Maria then later when on to say that he never actually wanted to join Manchester United in the first place, this made many fans hate him to the core for using the club. Personally, I think he would have been great for us if we had the right manager like we do now in Jose Mourinho. Mourinho brought him to Real Madrid from Benfica and I think he would have got the best out of him if he stayed. Nevertheless, Di Maria was let go way too early, he should have stayed for another year to see if he could fix the broken relationship between him and Louis Van Gaal but he took the easy route instead. If he stayed on under Jose Mourinho, he could have been extraordinary for the club.

Not many people knew what we were getting when we signed Kagawa, from Borussia Dortmund for an undisclosed fee. All the fans knew was that they were getting a creative attacking midfielder who was seen as quite an underrated player. He made an instant impact when he scored on his home debut for the club. He put in some good performances, the most notable one being against Norwich, where he netted a hat-trick.

From then, he never quite kicked on, Kagawa was constantly played out on the wing which isn’t his natural position as he is used to playing in the central attacking midfield slot. This trend continued under David Moyes, nearly every fan wanted to see him start more often and not on the wing. This didn’t happen and after David Moyes was sacked fans believed there was a chance for Kagawa to star for Manchester United but Louis Van Gaal thought otherwise and shipped him back off to Dortmund in the summer of 2014.

I thought that Kagawa was sold too early as I thought that he could have played a vital role in any future success but he just wasn’t under the right manager to be successful at Manchester United. If he had the right manager, Manchester United fans would have seen the Kagawa that was at Dortmund, creating goals constantly as well as scoring them. United now have Henrik Mkhitaryan in the squad who is comfortably the better player but I still think Kagawa could have had a place in the squad.

These are just four of the many players that were sold too early, others could have easily been put on this list. Players such as Jaap Stam and Paul Ince probably should have made the cut but these are the more recent players. I think all of these were sold too early and could have offered a lot more to Manchester United if they didn’t face problems with management and game time etc.