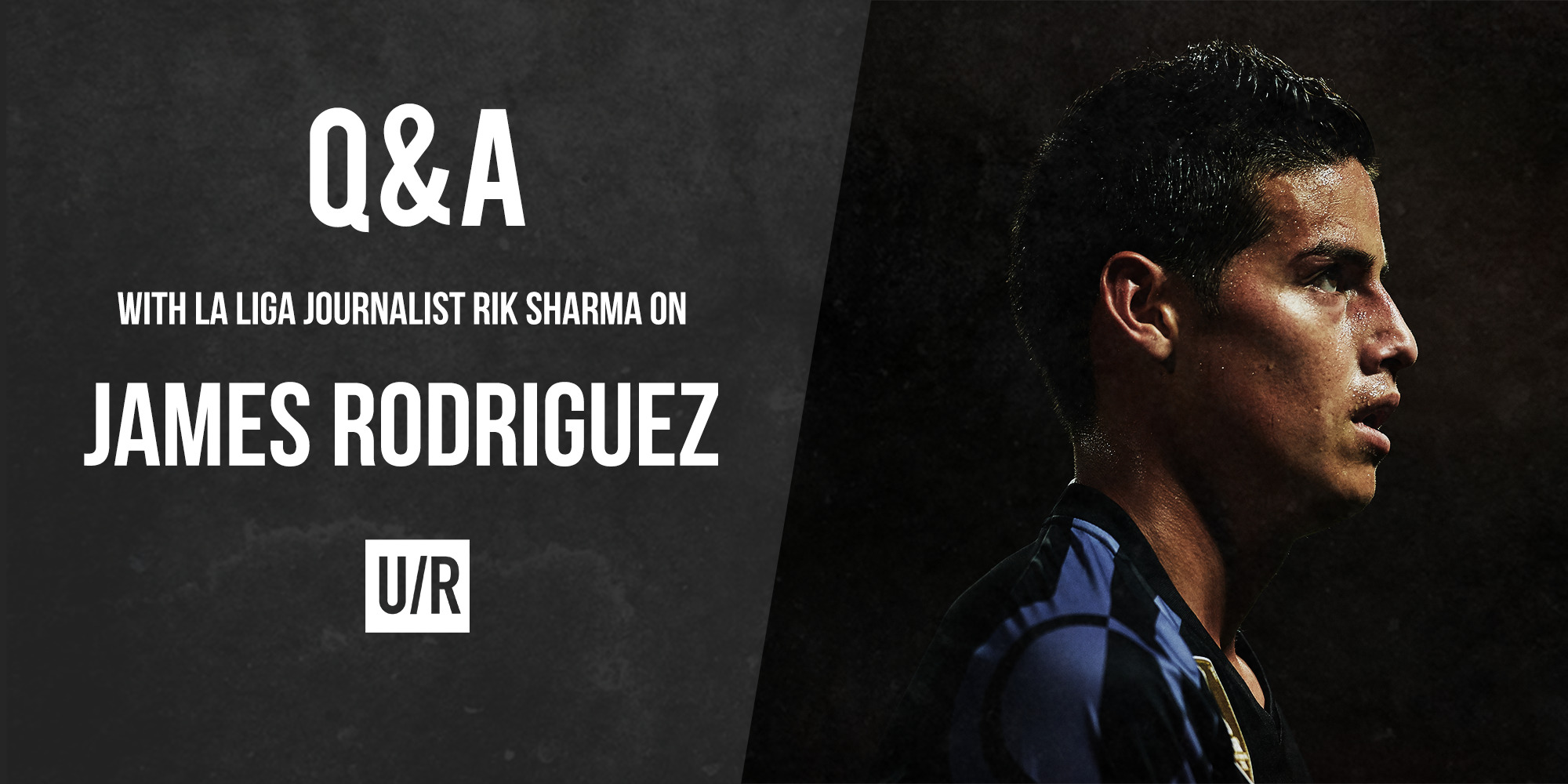 As Manchester United’s season is coming to a close, the rumour mill continues to heat up ahead of the summer transfer window. The latest name to be rumoured for a big money move to Old Trafford is Real Madrid’s Colombian midfielder James Rodríguez. We sat down with La Liga journalist Rik Sharma to discuss the Colombian’s season, and also to get some insight on why the player some considered to be a future Ballon d’Or winner seems to be set for a premature exit from the Bernabéu.

UR: Hi Rik! Could you please introduce yourself to our readers?

RS: Hi, I live between Barcelona and Madrid, working for a variety of publications including Spanish and English newspapers and international news wires.

UR: What can you tell us about James’ season?

RS: It’s been an odd one. Until March he had only started five times in La Liga, he’s played more since then but it’s been clear that he’s a reserve for Zinedine Zidane. If he plays it’s because the coach wants to rest other players or has his hands tied by injuries. However when he’s featured he’s been pretty effective, with seven goals in his last ten matches in the top flight.

UR: Manchester United is apparently leading the chase for his signature this summer. Is this all paper talk or is there some substance to these rumours?

RS: James waved goodbye to Madrid fans at the Bernabéu last weekend and it seems like he’s set to leave. He’s a quality player and he doesn’t seem to have a place at Madrid, so it’s not just idle paper talk. Then again there doesn’t seem to be an obvious place for him to go. Man United and Chelsea have been linked more strongly than other sides.

UR: How did it get to the stage that James’ departure from the Bernabéu is almost inevitable?

RS: Under Carlo Ancelotti James thrived but Rafa Benitez didn’t like the Colombian’s attitude and the pair were constantly at odds. Rafa said James was not fit, the No 10 thought otherwise. Even when Zidane came in and James thought he was getting a fresh start, he wasn’t picked much.

UR: What kind of fee do you think Florentino Perez will demand for the player?

RS: It’s hard to deny that James is still a quality player, even though he’s not a regular starter. He arrived for 80m euros on the back of a sensational World Cup 2014 and he won’t leave for anything short of 50m.

UR: Do you think Mourinho could provide James with the right conditions to flourish next season if his destination was to be Old Trafford?

RS: He could, but Mourinho is hard to predict. He has some self-destructive tendencies so there’s no telling what he’ll do. Mata is a good example. At Chelsea he could have harnessed Mata’s creative ability but instead showed him the door. Now at United the Spaniard is doing well under Mourinho. If José accepts that James is a quality attacking talent and can’t be relied upon to work much without the ball, then it could be nice union. But on paper he’s not really a Mourinho player. But as a Jorge Mendes client, like Mourinho, maybe there’s enough common ground to make it work…

We would like to thank Rik for his insight. You can keep up with Rik and his work on Twitter here.