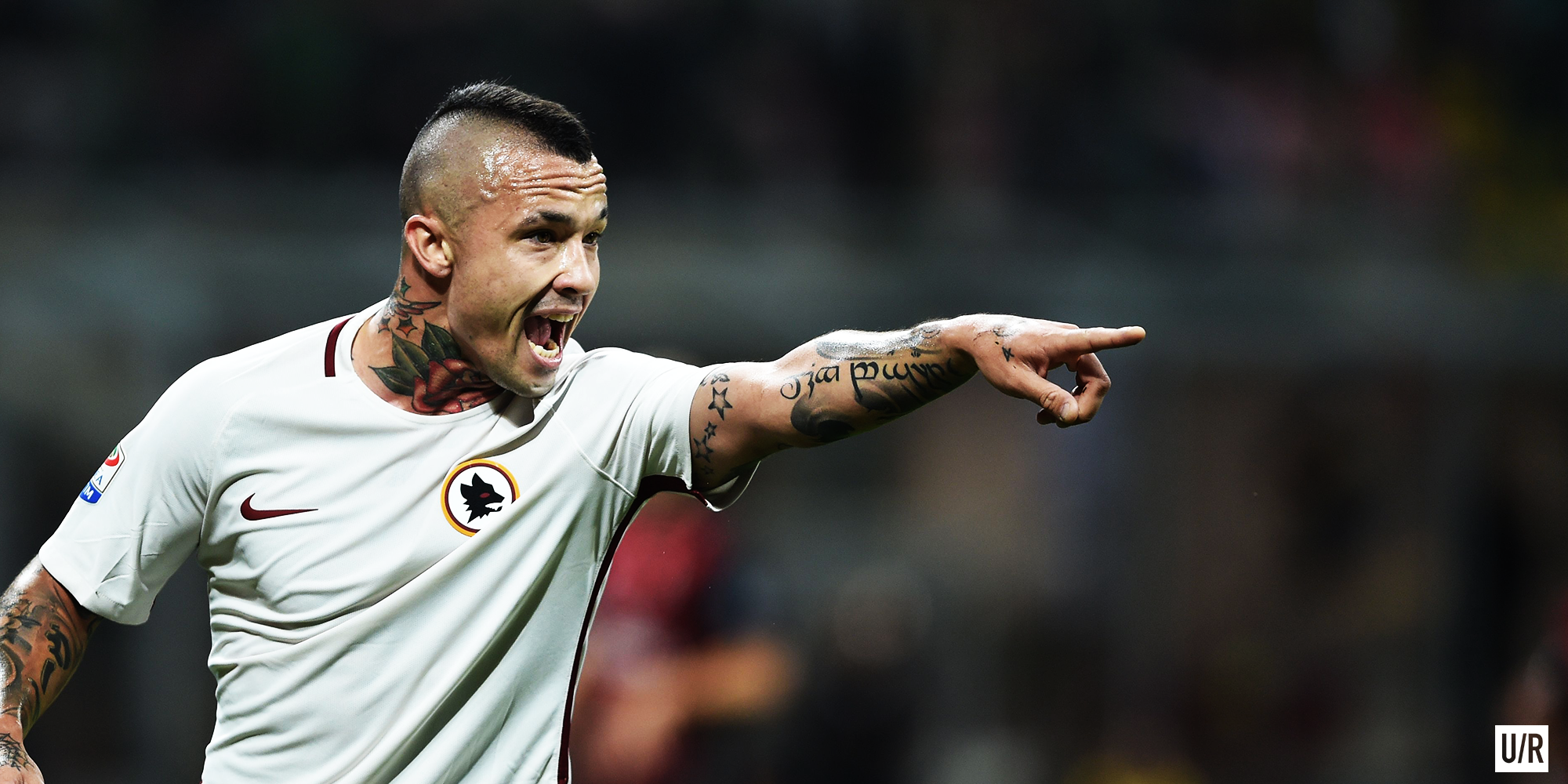 Roma’s Radja Nainggolan has reportedly caught Jose Mourinho’s eye, with Mourinho looking to reinforce his midfield before next season’s campaign. The 29 year old Belgian is a force of nature and could be available for just £35 million.

Nainggolan possess many traits that would immediately revitalize United in the center of the park. First and foremost, he is an enforcer of the highest quality. Roma’s number 4 has won 54% of his duels while only picking up 2 yellow cards in 35 Serie A appearances. United would have a hardman in the midfield that they have sorely missed since the days of Roy Keane. More than just a bruiser, Nainggolan is crafty in the final third as well. This season he has bagged 11 goals while also creating 64 chances and 4 assists. While his passing accuracy is at a humble 79%, it is worth noting that 74% of his 1149 passes were played forward, which would greatly enhance United’s lackluster attacking play. He also boasts a fearsome strike from distance and keepers would quiver at the thought of him and Pogba lining up strikes from twenty-five meters out.

There are a few positions where Nainggolan would fit into a United side. He is best as a box to box midfielder, a position Herrera currently occupies. A midfield of Nainggolan, Herrera, and of course Paul Pogba would be among the best in Premiership. Herrera would play the six or deepest of the three midfielders, allowing Nainggolan to wreak havoc from eighteen to eighteen and Paul Pogba to roam the left side of midfield, where he was most effective for Juventus. If Mourinho wants to use two holding midfielders behind a line of three attacking midfielders, Nainggolan could still be accommodated into the side. He could play either of the two holding roles or even as the central attacking midfielder adding steel, ferociousness, and creativity to an occasionally meak and unimaginative United team.

Radja Nainggolan is a fearsome midfielder of the highest quality. Having seen him in the flesh myself, there are few players who can strike fear in the hearts of opposing players quite like the Belgian destroyer. His manager, Luciano Spalletti, claimed the only difference between him and Pogba was that the Frenchman was younger. Nainggolan is indeed the complete midfielder and if Mourinho is truly keen, could be lining up with Pogba next season.