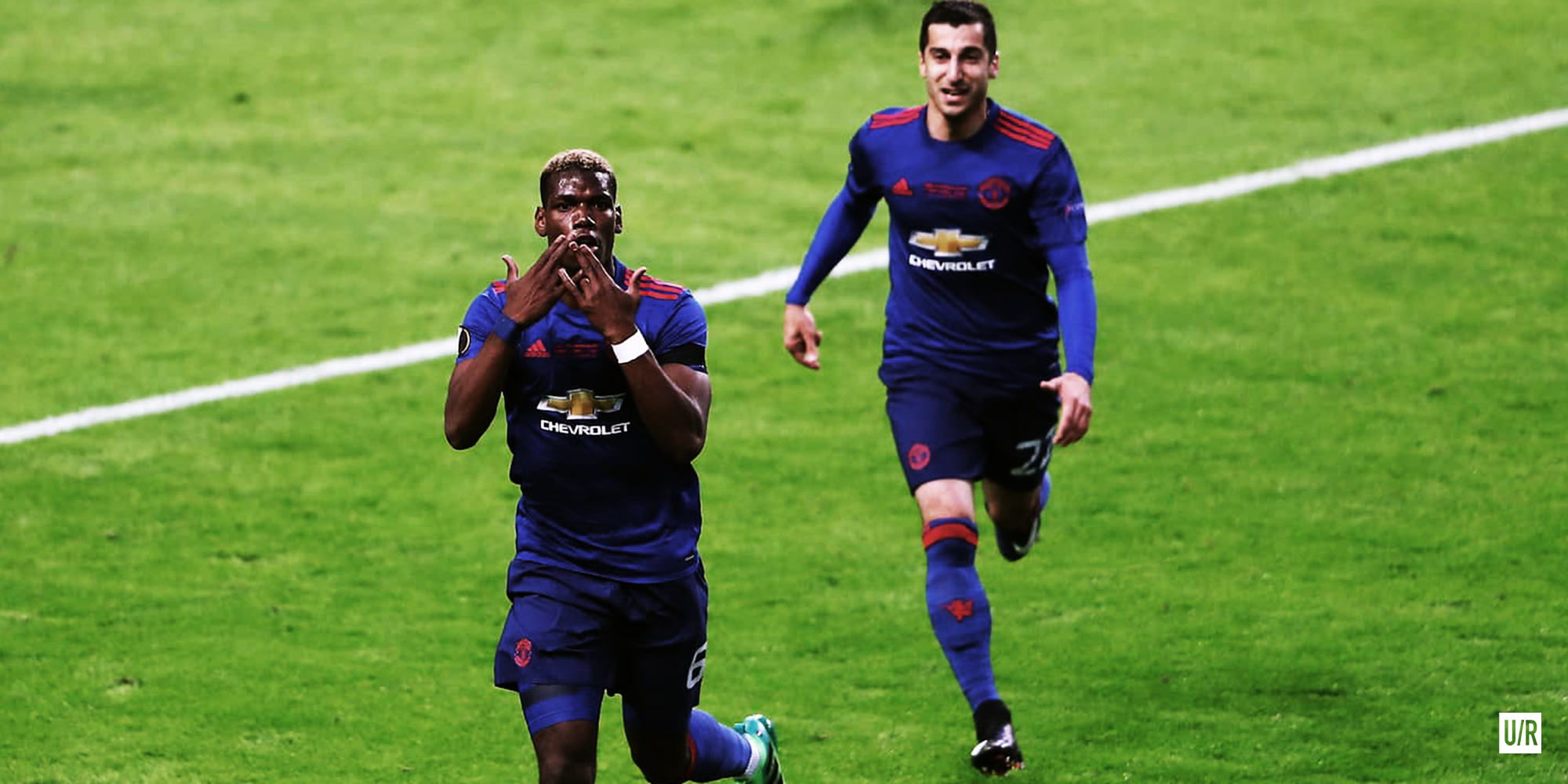 Manchester United have been somewhat underwhelming in the transfer market post-Fergie era, with many questionable acquisitions added to the squad for stupid amounts of money *cough* Marouane Fellaini *cough*. With Jose Mourinho coming to the club, the fans expected a different class in the market as Mourinho has always done shrewd business with his other clubs and in my personal business, we had a great summer under the Portuguese manager.

Manchester United were the second highest spenders in the league, spending £149.5 million, with their city rivals Manchester City spending the most money at £161 million

Manchester United signed Zlatan Ibrahimovic, Henrik Mkhitaryan, Paul Pogba and Eric Bailly, with the first three being the best player in their respective leagues in the previous season. Jose Mourinho bought the correct players that we needed at the time, and he ensured they were of a high quality. He referred to these players as ‘specialists’ in their respective positions. The first signing of the window was Eric Bailly.

Eric Bailly was almost unknown to many Manchester United fans before he signed from Villarreal for around £30 million. He was on the back of a stellar campaign with the Yellow Submarine, all we knew was that he was a raw, powerful, no-nonsense defender similar to Nemanja Vidić in that respect also possessing bags of potential. This is something United have been crying out for, with them having to rely on the injury-prone Phil Jones, the out of form Marcos Rojo and Daley Blind had to be slotted in at centre back. So United fans were hoping he could deliver and indeed managed to do that. Bailly was one of our standout defenders this season, along with Antonio Valencia.

Bailly had a huge impact on our defence, helping United joint-most clean sheets in the Premier League with 17, joint with champions Chelsea. He’s been composed at the back, distributing the ball at a high standard, especially in between the lines. If it wasn’t for his knee injury against Chelsea in October, the clean sheet total could have been higher, and United could have done better in the league. He was a massive loss to the team. After he put his injuries behind him and came back from the Africa Cup of Nations, he picked up where he left off and ended the season strongly but unfortunately for him he got sent off in the Europa League semi-final against Celta Vigo. This meant he missed the Europa League final vs. a free-scoring Ajax team, who Manchester United managed to nullify in a 2-0 win.

Overall, I think Eric Bailly was a success in his first season, and it seems like a bargain considering he will only get better if he avoids injuries and gets consistent game time. I’m going to be giving Eric Bailly an 8/10. He was what we were missing in the defence and has helped us to

Arguably the biggest name of the four, our Sweedish hero, Zlatan Ibrahimovic. He joined the club from Paris Saint-Germain for free, having not signed a new deal with the Ligue 1 club. Manchester United needed a striker that could get 2o+ goals a season and someone who could bring a bit of experience to the side with only Rooney and Carrick being the team’s experienced players. The red devils already had young star Marcus Rashford break through in February in the previous season, as well as Anthony Martial who is naturally a striker but has been playing on the left flank and an ever declining Wayne Rooney.

The expectations were at an all-time high with Swedes arrival into the Premier League with a lot of critics saying he won’t be able to do it in England’s top tier at his age but in this case, expectations didn’t exceed reality. Zlatan Ibrahimovic delivered, as he always does. He bagged an incredible 28 goals in all competitions as well as eight assists in 39 starts for the Red Devils, which is a fantastic return for a 35-year-old on a free transfer. It’s also remarkable considering that he had somewhat of a mini drought at the beginning of the season and has missed a lot of chances that most people would consider ‘easy’. According to the Premier League website, Ibrahimovic had the most ‘big chances missed’ throughout the season. Five clear of second-placed Benik Afobe of Bournemouth, who is on thirteen.

Ibrahimovic was then injured in a Europa League game vs. Anderlecht, which ruled him out for the season and cast doubt over his future at the club, with his contract running out at the end of the season, it is extremely unlikely that Manchester United are going to use up their option to extend his contract for an extra year. This then opens the door for a possible move to the MLS and see out the rest of his career.

Taking everything into account, I believe Zlatan was a enormous success in his first season and most likely his last season with the club; I think Zlatan deserves a 9/10. He brought experience to the dressing room, provided us with plenty of goals and has helped young talent such as Rashford, Martial and Lingard which is invaluable.

After a stellar season with Borussia Dortmund, scoring 23 goals and assisting 32 in 52 games. Henrik Mkhitaryan was then snapped up by Manchester United for a reported fee of £26 million. Everyone thought that Mkhitaryan would take the Premier League by storm, but the expectations exceeded reality. Mkhitaryan found it hard to get into the team due to injury and loss of form. This was showcased when Mkhitaryan started in the first Manchester derby of the season and played below average, which resulted in him being subbed off at half time. Many feared that he would have flopped, but soon enough he got his chance.

When United’s number 22 got his chance vs. Feyenoord, he took it and never looked back, becoming a regular in the team. The Armenian showed glimpses as to why Jose Mourinho signed him. Having become a regular, his form soon started to drop off in the last few weeks of the season, but he started the Europa League final vs. AFC Ajax. Mkhitaryan didn’t have a great game overall, especially in the first half but two minutes into the second half, Juan Mata whipped in a corner, which Chris Smalling headed down and it bounced to Mkhitaryan, he got the final touch and put it over the keeper which made the score 2-0. A crucial goal which helped United see out the final and secure Champions League football for next season.

Overall, Mkhitaryan had an okay first season, having not started the majority of the first half of it, he ended up racking up 11 goals and four assists, which is relatively good considering he has had to adapt to the league, as well as the lack of game time. I’m going to be giving Mkhitaryan a 7/10 for his first season; I firmly believe that he will be much better next season and will become a vital part of the team.

The big one, Paul Pogba. The Frenchman arrived at Old Trafford having left them four years earlier to join Italian giants Juventus for just a compensation fee of around £800,000. Pogba then returned to the club he called ‘home’ for a staggering £89 million. Just like Zlatan and Mkhitaryan, the expectations were high, but they were too high and almost unrealistic for Paul Pogba.

United’s number six had a slow start to the season but soon picked up the pace and got to grips with the league, putting in great performances in most games but wasn’t getting the goals and assists to show for it. These are the stats that the media look at from a midfielder of his quality, but stats don’t do Pogba any justice with his influence on the game which stats can’t show. When Pogba didn’t perform, Manchester United didn’t perform. Our midfield looked static and lacklustre without him.

Pogba scored 9 and assisted 4, but it could have been so much more. The world’s most expensive player hit the post eight times in all competitions, showing he hasn’t had much luck this season when it comes to hitting the back of the net. On the assist front, he has created the most chances in the Manchester United squad but the story of United’s season is to create all the chances in the world but are unable to convert them. Manchester United have missed the most big chances in the Premier League with 50. This, therefore, has hindered Pogba’s stats in many ways, not that it matters but that’s all people seem to care about in the media.

With the loss of his father towards the end of the season, Pogba missed two league games but finished strongly in the last two games. Grabbing a goal and an assist in the final Premier League game of the season and also scoring a deflected effort vs. Ajax in the Europa League final. Overall I consider Pogba’s first season a success, having carried our midfield with all the expectations on his shoulders. He will only get better as he’s only 24, which is scary considering how good he already is. I’m giving Pogba a 9/10.