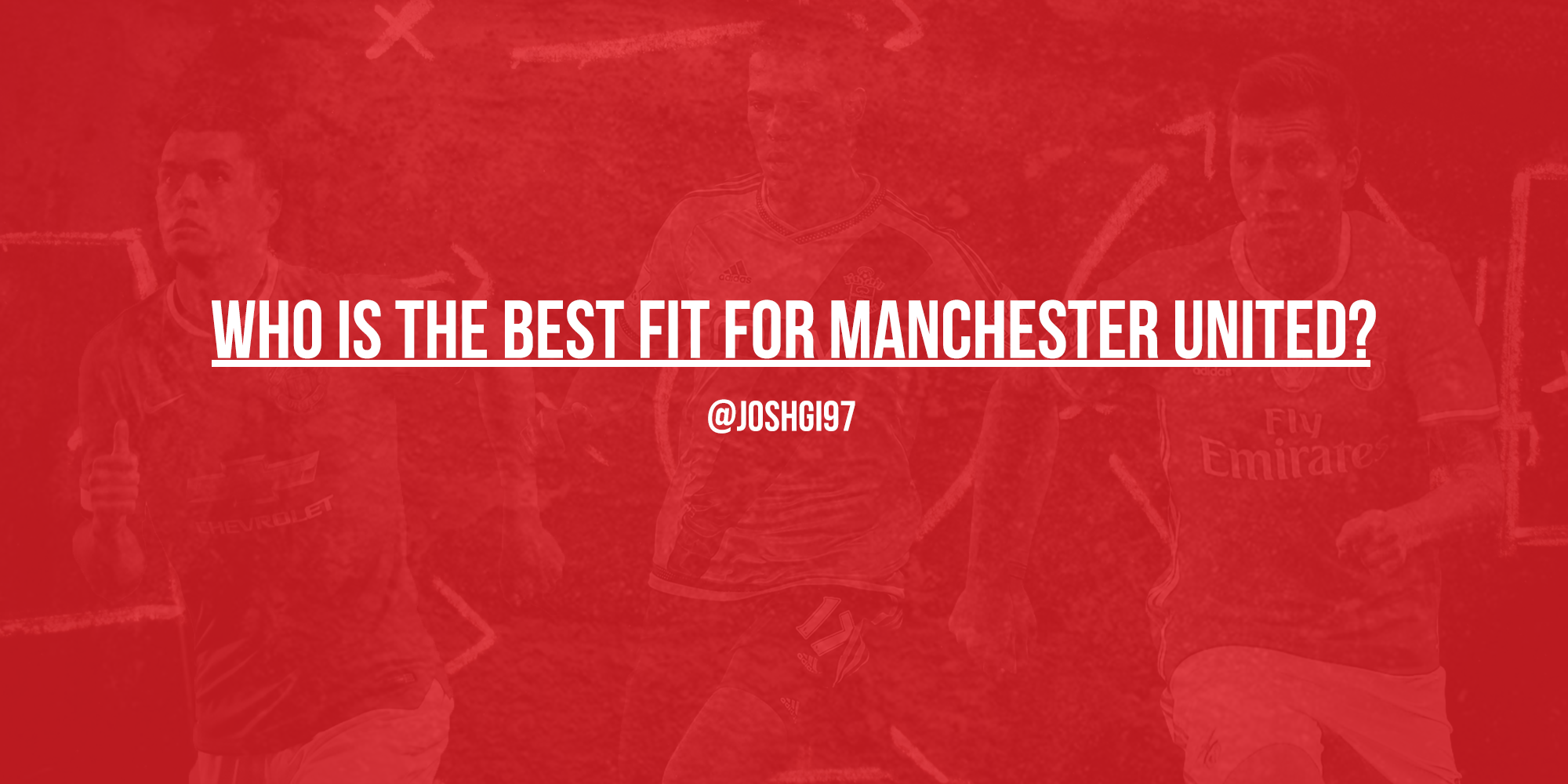 With the summer transfer window now starting to take full swing, it would be a fair assessment to say that United fans should expect non stop speculation and rumours of potential signings as it looks to be a busy period for Ed Woodward. It may not come as a surprise however that United are reportedly in the market for a new center half, as following the long term injury suffered to Marcos Rojo and perhaps the potential departure of Smalling or Jones, United need to bolster their options at the back.

Following Jose Mourinho admitting that his transfer targets have been passed onto to executive vice-chairman Ed Woodward, there has of course been much speculation regarding who exactly is on this list. Recent reports have however stated that the three defensive options on Mourinho’s list are Micheal Keane, Victor Lindelof and Virgil Van Dijk. I have therefore taken a look at what each option would bring to United’s current side and who the best defensive signing would be.

Perhaps one of the least recognised names that United have been linked with this summer but admittedly, one of their most likely signings, is Benfica’s Victor Lindelof. In fact, it may come as a surprise to some fans that Lindelof is not already a United player as following strong speculation in January linking the Swede to Old Trafford, the only reason the deal was not completed was due to the surprise but effective emergence of the Jones and Rojo partnership at the back. Mourinho has however reportedly kept tabs on the central defender and is keen on reigniting his initial interest.

The 22 year old defender has been with Benfica since 2013 and has impressed with his solid defensive performances, operating as a key figure in the three title winning campaigns out of just four seasons with the Portuguese side. A tall, strong and aggressive defender, Lindelof has drawn parallels to that of Nemanja Vidic and certainly fits the bill of a very Mourinho type player, in the sense that he is always prepared to put his body on the line for his team. Although a move from Benfica to United may appear as a rather big step up, at just 22 years of age Lindelof also holds valuable Champions League experience and looks to be a mature and solid defender in the making.

As a central defender who simply loves to go out and defend, it is no surprise as mentioned that Mourinho is a fan of the big Swede. With so much of his career ahead of him, it seems that under the man management of Mourinho, Lindelof could flourish at United and could of course be a valuable asset in a longer-term vision for the team. Although holding this acclaimed potential, the deal does of course hold a little element of risk to it as out of the three Lindelof is of course the one without experience in England and would thus need more time to settle at United than both Keane and Van Dijk.

Is #KeaneBack a real possibility? It seems rather a bizarre scenario that United are ready to splash £25m on a youth player that they let go of just two seasons back for a small price of just £2m. However, after two seasons of consistently impressive performances at the back, as well as a first international appearance for England, Keane has become a defender in demand with multiple clubs reportedly be battling it out for his signature.

Similar to Lindelof, Keane has proven his worth as a very reliable option at the back and has gained a reputation of being a somewhat old fashioned defender. Playing for a rather lesser table side who don’t see a lot of possession, Keane does operate in a team who more often than not are on the back foot. From this, Keane has certainly become accustom to operating in a very defensive shape and has become recognised for his leadership at the back as well as his strong and physical presence. Through his statistics of 68 interceptions, 44 blocks and a rather momentous 254 clearances in just 35 games this season Keane has been a true stereotypical captain at the back, playing a significant role that lead to Burnley having the second best defensive record in the bottom half of the table.

However despite proving his worth as a very noble and reliable Premier League defender, the potential signing of Keane has drawn in a lot of criticism from United fans who believe the club should be aiming for a bigger name to partner Eric Bailly at the back. This may potentially stem from the fact that Keane is not a star stellar signing that United fans have become accustom to, particularly following last season’s capture of Pogba and Ibrahimovic, and thus as it is a deal that doesn’t capture the headlines or break any transfer records, this potential transfer has straight away disappointed many fans. One must wonder that although Keane does serve as a solid defender, United should potentially hold bigger aspirations.

The second Premier League defender on Mourinho’s list and no doubt one of the most in demand players of this transfer window is Virgil Van Dijk. The Southampton centre back has made quite a name for himself this season through both his solid defensive performances and impressive distributional skills. After just two seasons in the Premier League, the Dutchman has quickly adapted to the English game and established himself as one of the best ball playing defenders in the League.

At the age of just 25, Van Dijk still holds his best years ahead of him and has also become a target United’s rivals such as Chelsea, Manchester City and Liverpool. This may certainly not come as a surprise to fans as the Dutchman really does possess all the right attributes to excel at the top level. Standing at 6”4, Van Dijk with his strong physical presence alongside his surprisingly quick burst of pace has established himself as such a difficult defender to beat, whether it be up in an ariel duel or simply on the ground. In just 20 League appearances this season, Van Dijk has managed to make 139 clearances and 55 interceptions whilst also averaging a completed four long ball passes a game.

This last stat is what perhaps differentiates the Dutchman from United’s other targets as he could fill the current void of a ball playing defender in the side. With a mixture of both his defensive duties and distributional abilities, Van Dijk epitomises the style of the modern day center half and would be an excellent addition to United’s squad.

Having analysed all three of these options, in my opinion the stand out choice is the Premier League proven Van Dijk. A real beast of a defender, the Dutchman certainly suits the style of the Premier League perfectly and alongside Bailly, the two would be a real force to be reckoned with. Although Micheal Keane is as well a rather solid defender in the Premier League, he certainly doesn’t offer as a true upgrade on current United options such as Rojo, Jones, Smalling etc but would instead simply serve as another reliable choice – something United have one too many of. Whilst Lindelof in the same respect also offers and of course possessing Champions League experience, when it comes down to choosing between Premier Legaue proven and not, the safer option doesn’t serve with the latter. With the signing of Van Dijk, United would be receiving a defender who is nearing his prime and holds all the right abilities to flourish at a top club. In my own opinion, he should be United’s number one defensive target this summer.