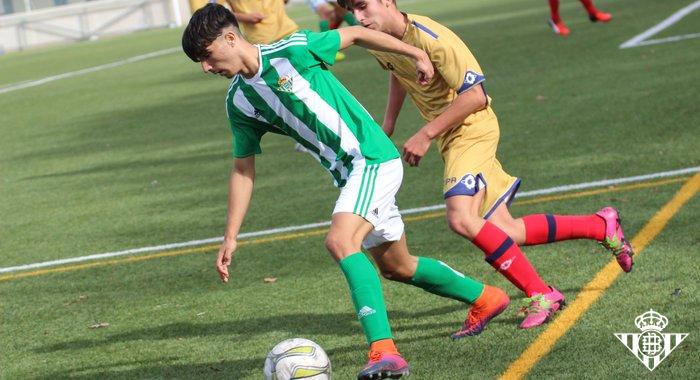 According to @rafalc230, Manchester United have signed Real Betis wonder kid, Roberto Gonzalez (16). This news comes just over a week after it was reported that Man United had also signed Arnau Pigmal from Espanyol.

Roberto Gonzalez is described as being the best player in the younger ranks at Real Betis. He plays with age groups that are older than him and this year has been selected by the Spanish national team at his age rank.

Manchester United had made an offer to the sixteen year old, with Barcelona also interested in acquiring his services. The Catalan club also offered him a contract, but it is presumed United offered more money.

Manchester United will pay an unspecified compensation to Real Betis.