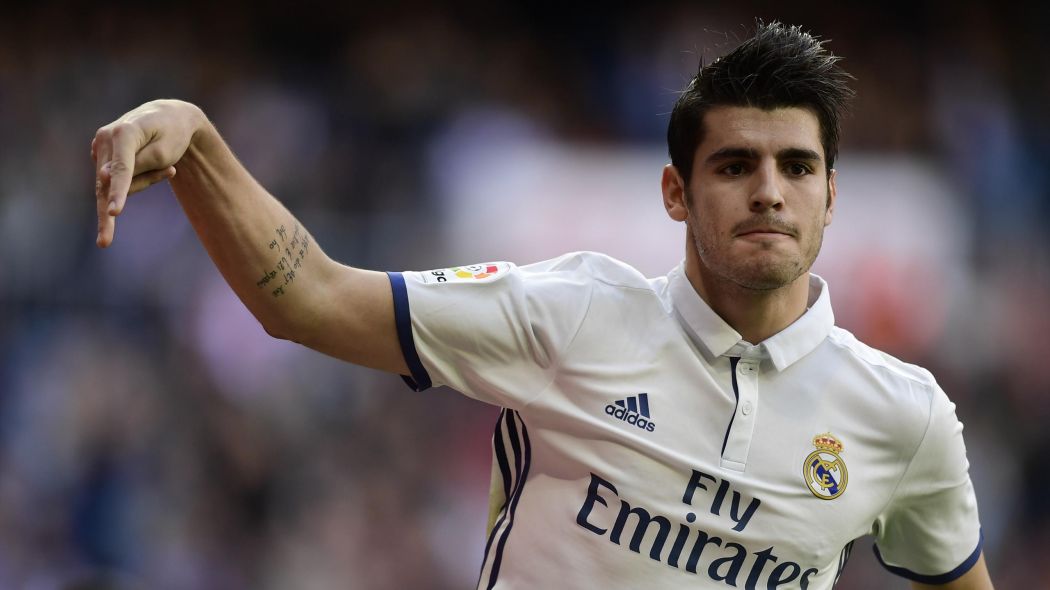 United are linked to countless players throughout the year and the rumours ramp up no more so than in the summer transfer window. After United’s apparent priority forward, Antoine Griezmann, pledged his allegiance to Atlético Madrid for one more season due to their transfer embargo, United seem to have gone searching for another Madrid striker. A man who Real Madrid executed their buy-back clause on from Juventus last summer, Álvaro Morata looks like he could be on his way to Old Trafford.

With time at Atlético Madrid and Getafe as a youngster, the Madrid-born forward broke through after successful years at Real Madrid as he matured into a hot-prospect for Los Blancos. When José Mourinho first brought him through in the 2011/12 season along with French defender and constant United target Raphael Varane, Morata hailed him as ‘the best coach in the world’ – certainly at the time in 2013. With the never-ending speculation about David De Gea moving to Real Madrid, United seem to be very interested in Morata as part of the deal, and Zlatan Ibrahimović’s departure seems inevitable thus United are looking for a striker; and, knowing Mourinho, a target man. At 24 years-old and big-club experience for both Real Madrid and Juventus under his belt, Morata has the pedigree to be a success in the Premier League.

A goal in the 2015 Champions League Final against Barcelona for the Old Lady at the Olympiastadion announced Morata to the world once again. The following season, Madrid were sniffing back around their youth product and then new manager Zinedine Zidane seemed hell-bent on brining Morata back to the Bernabeu, signing him in the summer of 2016 after Carlo Ancelotti sold him in 2014 to Juventus but inserted that crucial clause.

The question is though, what would Morata offer to United if he signs? Well, 15 goals in just 26 games this season gives him La Liga’s best goals-to-minutes ratio as Zidane has left him on the bench for most of the games this season, and used him as a substitute most of the time. His play-style in Madrid’s youth academy was likened to Fernando Morientes, which isn’t exactly a bad player to likened to. His quick feet and smart movement, typical of many Spanish players, has given Morata great success as his lethal finishing ability has only reinforced his quality. Something pivotal in a one-striker system in the Premier League, Morata is superb at holding up the ball and great in the air – standing at 6ft 2 inches. That could lead into both Ander Herrera and Paul Pogba being able to collect the ball after Morata has gained possession and offloaded it to United’s 2 midfielders. Due to his excellent first touch, United could be a big threat on the counter-attack with Morata, especially away from home. His tireless work-rate and his energy also show just why Mourinho would want him as his number 9 for next season in a 4-3-3. Morata can sometimes be utilised on the wing but with United’s options in Anthony Martial, Henrikh Mkhitaryan, Jesse Lingard, Juan Mata and Marcus Rashford, Morata will surely be a lone striker for United.

The Juventus system Morata was so successful in for 2 seasons,was a 3-5-2 alongside Carlos Tevez and with Paul Pogba in the midfield. The style at Madrid is very similar to United’s with a defensive midfielder, 2 midfielders ahead of him, and wingers that are given license to attack with a target man between them. Morata seems to fit right into the current United system. The only downside it that, because of his age, he is likely to stifle both Martial and Rashford’s development which is crucial to United, especially Rashford because it’s would be extremely hard to fit all 3 young forwards into the side and that’s leaving out Lingard, Mata and Mkhitaryan too.

So far for his national side and currently on international duty, Morata has made 20 appearances and scored a total of 9 goals since first being called up in late 2014. The most recent was Wednesday night’s astute diving header across goal against Columbia. Morata did go to EURO 2016 as Spain’s first-choice striker over Diego Costa who was left at home which shows his quality. He has many honours to his name which you’d expect with the 2 sides he has already played for, which bodes well for a winning-mentality club like United has Morata seems to have that ingrained in him. 2 La Liga titles in his first and most recent Madrid seasons, 2 Copa del Rey titles, 2 Champions Leagues (the second of which came in Cardiff just days ago for Madrid). Also, 2 Serie A titles and 2 Coppa Italia titles in his 2 seasons with Juventus show the striker’s undoubted success.

Many clubs will be on the hunt for Morata this summer but United seem to be the front runner. The general consensus is that Real Madrid want £78m for the 24 year-old despite him not even starting in Madrid’s big games this season which seems odd. Rumours have recently reported that the club have submitted a £52.4m bid for the Spaniard. James Rodríguez is, in addition, a Real Madrid player on United’s radar. With great times at both FC Porto and AS Monaco after Sir Alex Ferguson chose to sign Bebé over the Columbian in 2010, who played against Morata on Wednesday night, Rodríguez announced himself on the world stage in the 2014 Brazil World Cup with an incredible showing. Since his move to Madrid that same summer, 3 quiet seasons have followed which have sparked talk of an exit and after being left out of Zidane’s matchday squad for the Champions League Final. Morata has also recently just told Tele 5 ‘I am sure that we [Morata and Rodríguez] will be partners next year’ which has sparked chaos in the press as both Madrid players are likely to be surplus to requirements this summer as players that Zidane trusts such as Karim Benzema and the 3 man midfield of Casimero, Toni Kroos and Luka Modrić stand in their way in the pecking order.

David De Gea could obviously sway the deal but United won’t be happy without getting either another player or cash along with Morata, in exchange for De Gea. It remains to be seen what will happen after the international break and before clubs from around the world meet back up for pre-season.

De Gea’s United play Morata’s Madrid on Tuesday August 8th in Macedonia for the UEFA Super Cup but do play them 16 days prior in their respective pre-season tours of America on Sunday July 23rd. The two could have swapped sides before those matches but at the moment, it’s all just speculation.