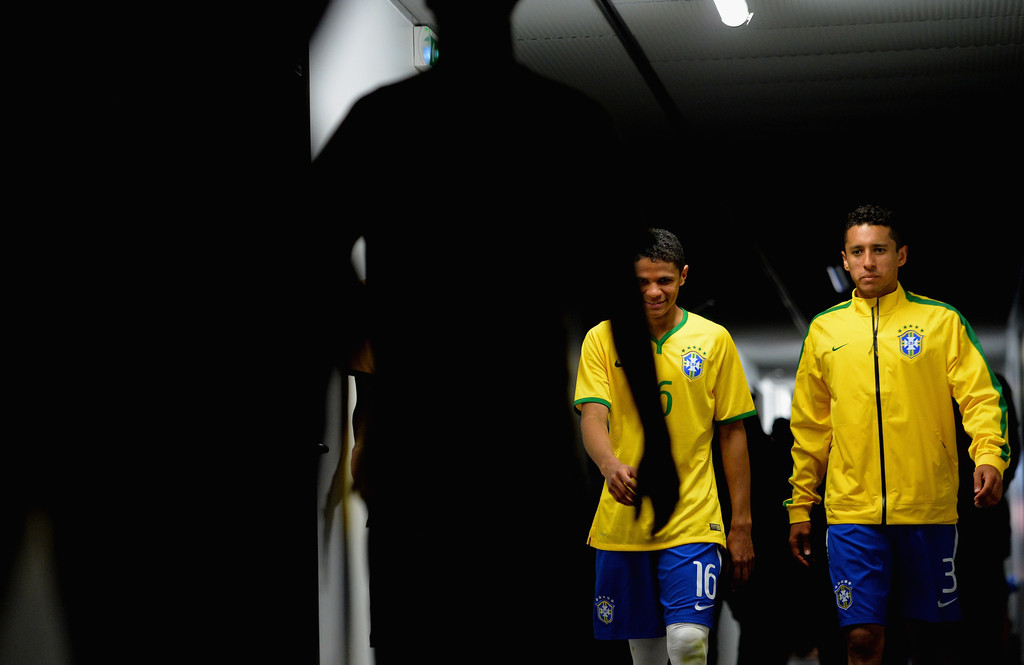 According to Globo Esporte in Brazil, Manchester United have made a €70m offer to Paris Saint Germain for Marquinhos. Juventus and Barcelona have also made offers.

Marquinhos is expected to stay at PSG despite these offers. The player would be scared to leave Paris and not get enough playing time ahead of the 2018 World Cup. Staying put is a safe option for the 23 year old defender, for at least one more year. Globe Esporte say that Marquinhos will calmly choose his next destination and that he has always been fond of FC Barcelona – but that doesn’t mean he will join them.

The report states that Manchester United unexpectedly made the highest offer, with Barcelona offering between €40m and €45m.

It is assumed by Sport Witness that Man United’s offer for Marquinhos may have come before the club signed Victor Lindelof from Benfica for €35m. With Lindelof and Bailly set to be United’s starters, Marquinhos’ problem with lack of game time may lead him away from Manchester.