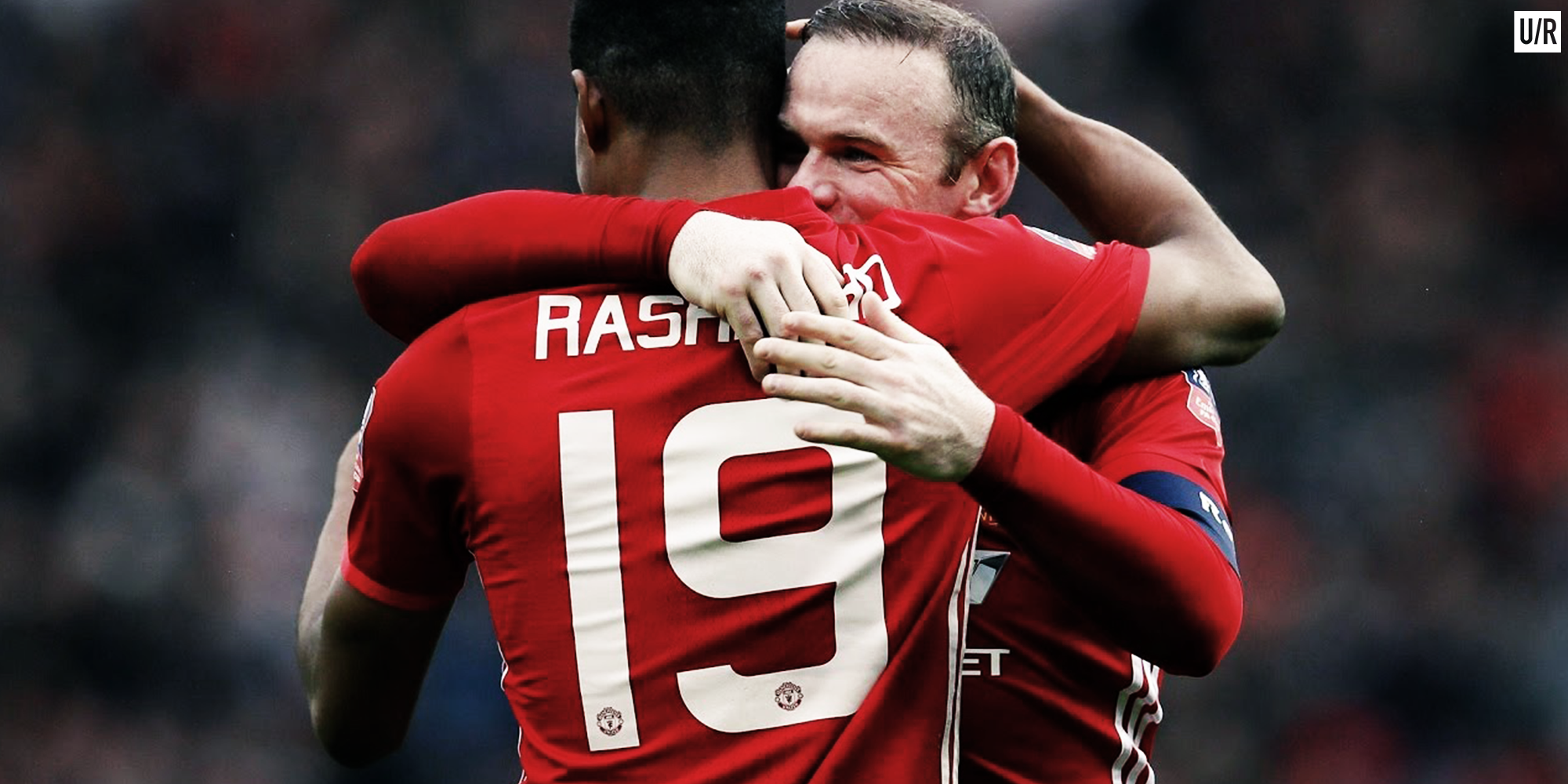 Whether you fall under the category of fans that are disheartened over the news regarding Wayne Rooney’s departure, or even the ones who are seemingly welcoming it, there is no disputing the Englishman’s legacy that he will be leaving behind at Manchester United. Having joined as the world’s most expensive teenager, back in 2004, Rooney has undergone an incredible journey with the reds, in which he has won practically everything and also became the club’s all time record goal-scorer.

In a career that has spanned 13 years, Rooney has no doubt experienced some great memories on the field, with some rather special teams. This article will be looking at the top five partnerships that the Englishman enjoyed during his time at Old Trafford, a relatively hard choice considering the talent that he has played alongside.

Despite Carlos Tevez not being the most popular name around Old Trafford in current times, there is no disputing the Argentinian’s success during his time in red. As a fiery and energetic forward, the combination of both Tevez and Rooney’s workhouse style of play made United a real force to be reckoned with.

Having been an integral part of the successful 07/08 side, that claimed both the Premier League and the Champions League, Tevez provided as the perfect strike partner for Wayne Rooney. With Rooney dropping deep in his iconic number 10 role, Tevez was given space in front to apply pressure in both a defensive and offensive manner. In this notorious season, Rooney and Tevez scored a combined 48 goals, as they formed one of the most effective and dangerous partnerships in the Premier League.

Having been dubbed as, ‘the partnership that got away’, Wayne Rooney and Van Nistelrooy only enjoyed two seasons on the field together, before the Dutchman packed his bags for Spain. The partnership can however be categorised as a rather iconic one, with Van Nistelrooy being the accompanying striker for Rooney on his famous debut for the club.

The Dutchman is widely considered amongst many United fans as the club’s most prolific striker in its history, leaving many wondering what this partnership could have gone onto achieve, had Van Nistelrooy not left for Real Madrid. Despite this, the two will always be remembered as the dynamic duo that ended Arsenal’s 49 game unbeaten run, during a 2-0 victory over the ‘Invincibles’, back in October 2004.

When the ‘little pea’ joined Manchester United back in 2010, not many fans knew what to expect from Hernandez, but they were soon to find out. Having scored on his debut, with a finish inside the six-yard box, the little Mexican’s first game for the reds was to foreshadow his time at United rather fittingly. Arguably one of the club’s greatest ever poachers, Hernandez’s time at United will always be remembered for his natural goal scoring instincts, a feature that made him such a clinical striker on the pitch.

It seemed Hernandez’s style of play was a perfect fit for Wayne Rooney, as similar to Tevez, Hernandez enjoyed lurking higher up the field and thus created space for Rooney to operate in the space behind. This system of playing no doubt brought the best out of Wayne Rooney, as when given a license to drift around the pitch, he excelled in being the driving force behind the whole team. The two no doubt formed an effective partnership, scoring a combined 119 goals across Hernandez’s first three seasons at the club.

Coming in at number two is arguably, the most coolly and collected striker to ever embrace the Premier League, but don’t let his elegant style of play distract you from his deadly goal scoring antics. The Bulgarian, who joined United in dramatic fashion in the Summer of 2008 on transfer deadline day, was undoubtedly a major hit for the red devils, claiming six trophies in just four years at the club.

A player who certainly left his talking on the pitch, was simply a joy to watch on his day. When in the mood, the Bulgarian made it look like he was having a kick around on the park, as his calm approach to the game of small touches and close passes contributed effectively in making United’s game tick. Berbatov and Rooney certainly established themselves as a dangerous partnership, as despite contrasting rather heavily in their agenda on the field, their style of play strangely struck a nice balance within the side.

Both strikers enjoyed a consistent run together in the side before Berbatov’s departure in 2012, scoring an impressive combined total of 160 goals during the Bulgarians four-year stay in Manchester.

Although Wayne Rooney has played alongside some immense attacking talent, the number one position on this list was the easiest selection of them all – Cristiano Ronaldo. The Portuguese attacker, who claimed a Ballon d’Or during his 6 year spell at United, was Rooney’s true partner in crime as the two formed one of the most dangerous partnerships that will be remembered within the club’s history for generations to come.

In an era where Manchester United dominated English football under Sir Alex Fergsuon, both Rooney and Ronaldo certainly played their part, as both their trophy cabinets combined are decorated with every English trophy available. Whilst I could sit here and list every single individual award, trophy and goal scoring stats that the two claimed during their time together at Manchester United, it was in fact the excitement that the two brought to the field that made them true fan favourites.

With Rooney flourishing as one of Europe’s greatest number 10’s and Ronaldo predominantly operating out on the left, the two created such a dangerous and dynamic attacking threat on the pitch as through their pace, footballing intelligence and of course clinical finishing, the two were simply unplayable on their day. Arguably, United are yet too come close to replicating a partnership like this, since Ronaldo departed for Real Madrid back in 2009. However, the two will always provide as unforgettable memoires for United fans, during an era where winning trophies seemed to be a routine process.