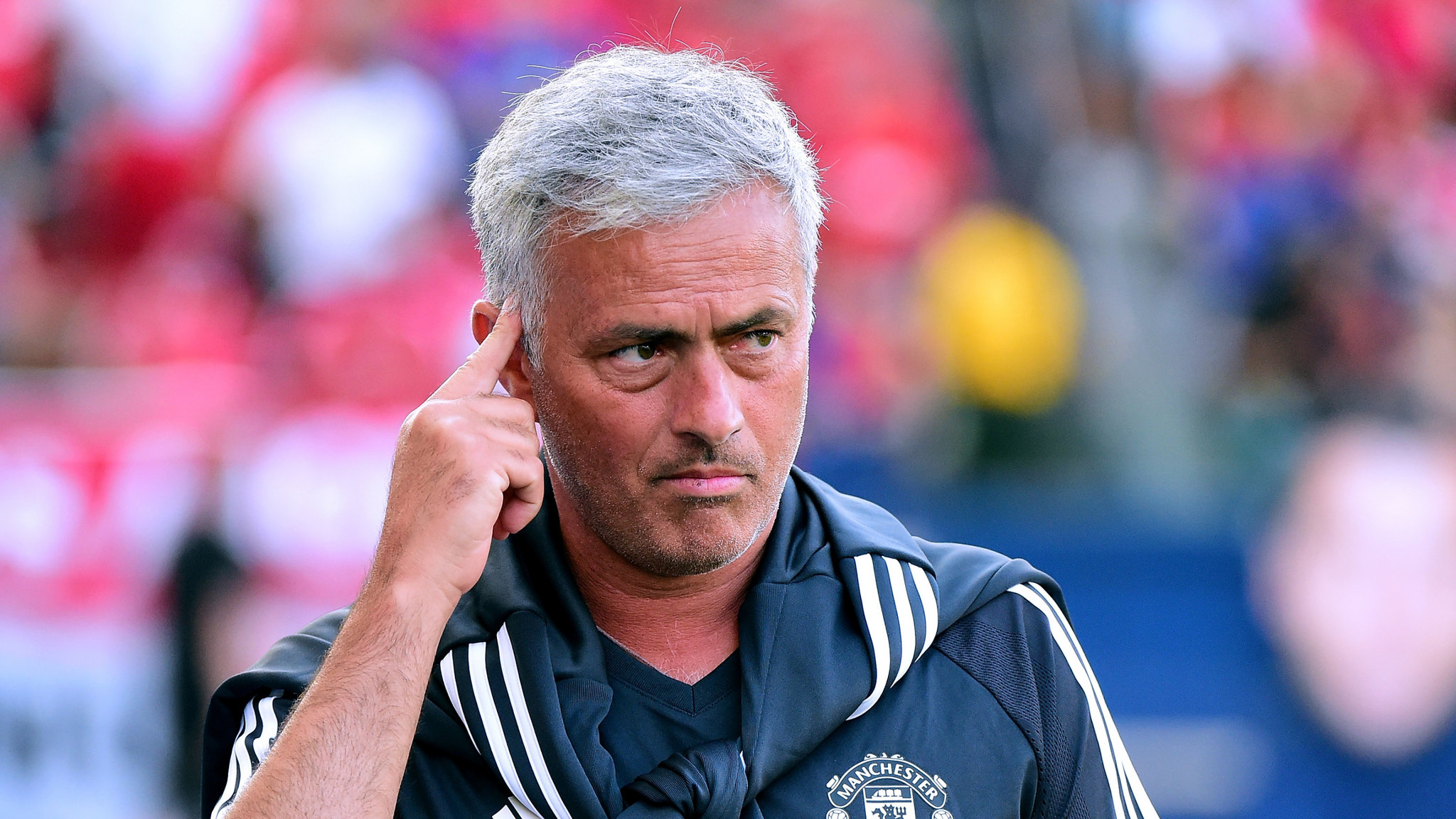 Despite years of playing his reliable 4-3-3 most of the time with Porto, Chelsea, Inter Milan, Real Madrid, Chelsea again and United last season, José Mourinho seems to flirting with the idea of 3 at the back in pre-season (memories of Louis van Gaal’s first campaign flood the brain).

For most United fans, 3 at the back just hasn’t been the way to go. This is likely due to it’s typical dull play-style and difficulty to get right. Numerous sides over the past few years have been able to get it exactly right and win their respect leagues however. Most notably, Bayern Munich, Juventus and Chelsea all used a back 3 in order to dominate their respective leagues. Yes, Bayern and Juventus play in leagues where they find it fairly straightforward to win the league but in Juventus’ case it has brought them to 2 Champions League Finals in the past 3 seasons under Massimo Allegri. Antonio Conte brought the style to Chelsea this season and he laid the foundations at Juventus for Allegri to continue the system, bringing the Old Lady almost to the level of domination that Bayern have as Pep Guardiola favoured the system in his 3 year stint in Munich.

But what of United? Could 3 at the back work? Well, Mourinho first used the system to combat Rostov’s system in the Europa League quarter-final first leg in Russia. The first thing most people ask about playing a 3-man defence is, who are your wing-backs? To answer that, Mourinho has plenty of choices who could all easily adapt to those crucial roles. In the current squad, United have Antonio Valencia, Ashley Young, Cameron Borthwick-Jackson, Daley Blind, possibly Guillermo Varela and Joe Riley, Luke Shaw, Matteo Darmian and Timothy Fosu-Mensah, who have all played fairly well at wing-back in their careers or have the skill sets to become one. Starting with the right wing-back role, Valencia is a nailed on and perfect man. His tenacity and ability to go up and down the flank with ease would make him the perfect wing-back, similarly to former Tottenham and now Manchester City man Kyle Walker. These are also traits that Varela and Riley possess. On the left, Ashley Young over the years has developed sound defensive skills and played well there under van Gaal numerous times leading Mourinho to almost solely use him as a full-back. Luke Shaw should easily be able to adapt too and his defensive lapses would be covered by the left-sided centre-back. The majority of modern-day full-backs can easily be put as a wing-back so if any signings were to arrive in those positions, it’s likely they would fit right in.

The system can be edited and alerted to suit certain opposition too. At home, United know that for most games they will dominate and the obligation to attack with be on them. Whereas away from home, United could adopt a more defensive version of the formation. This would leave Mourinho to interchange the most integral part of the system, depending on the circumstances; the 3 man defence. Tuanzebe, Fosu-Mensah Smalling, Bailly, and Jones have all played at right-back before so would suit being on that side. Similarly, Borthwick-Jackson, Blind, and Marcos Rojo are all used to playing at left-back, showing how capable they are for the role.

Simply put, there are 2 ways a 3 man defence could operate. United have perfect defence options for a back 3. Firstly, the central centre-back can be a brute defender who loves to attack the ball and not be on it all that much. This would suit both Smalling but mostly likely, Bailly. No responsibility to play out from the back would be on the central man, with the wide centre-backs taking the ball out such as Blind, Rojo and Victor Lindelöf who all like to be on the ball. This would work well away for Mourinho as he soaks up the pressure with no nonsense defending. The new Swedish addition Lindelöf brings us nicely the other variation, a more modern-day variation.

The central centre-back here could almost act as a deep-lying midfielder, such as Michael Carrick. With United’s domination at home and the need for just 2 men staying back most of the time, a central ball-playing defender is what could be used. Mourinho has just bought the perfect man for this in Lindelöf. The former SL Benfica man simply loves being on the ball and who wouldn’t with his quality? With United having the ball, Lindelöf could come forward near halfway and spray the ball out from the ball to get attacks started, meaning Michael Carrick can be rested for many unnecessary matches he could play in this season. The two wide centre-backs could then come in slightly to form a 2 and defending with the wing-backs naturally high. It’s easy to believe that when Rojo is back fit, his ideal back 3 would be some sort of variation of Bailly, Lindelöf and Rojo due to its ability to suit numerous circumstances. It’s notable to mention Eric Dier could also be a good addition to the system due to playing on the right-hand side of a Tottenham back 3 last season.

The central midfielders and attacks then spring from there. With a ball-playing centre-back, a midfield pairing would be ideal. Ander Herrera and Paul Pogba would be absolutely suited to this, as well as Andreas Pereira, who Mourinho could see as a central player rather than wide-man, and Marouane Fellaini. A front 3 could then be used. Romelu Lukaku would easily but the central man with any 2 of Anthony Martial, Henrikh Mkhitaryan, Jesse Lingard, Juan Mata, Marcus Rashford, and possibly Croatian Ivan Perišić who is heavily rumoured to arrive, would play on either side of the Belgian. These attackers all have an eye for goal and love being invoked in player either centrally or out wide. This would then give United the same shape as Chelsea, due to their use of David Luiz as their ball-playing defender and with the arrival of Tiemoue Bakayoko, it seems Conte is keen to drop that holding midfielder in Nemanja Matić. United could however use the brute defender tactic, most likely employed away, and use Michael Carrick, or even Matić if he arrives at Old Trafford as the holding midfielder. Paul Pogba was most successful at Juventus when he had Andrea Pirlo and Arturo Vidal alongside him in the centre of the pitch, which was mirrored in his performances with Carrick and Herrera; with both being fairly similar players to Pirlo and Vidal respectively. United could then use just a two-man strike force, with Lukaku being the target-man as Mourinho has previously stated and one of those other attackers I previously mentioned being used to do all the running next to him. Mkhitaryan and Rashford could well be the two men to fit for that spot most at this system would do well away from home.

It’s a difficult decision for José Mourinho to make. He can easily adapt his side with the 3 at the back tactic, as I have elaborated on. With even his classic 4-3-3 being similar to what I’ve proposed. The squad is well-suited to the possibility and it’s definitely worth trying. Due to the pragmatic style of Mourinho however, things will always change game-by-game. It remains to be seen how a 3 man defence could work at United, so the proof really will be in the pudding for United; with the proverbial desert at the end of the season in this case, being silverware.