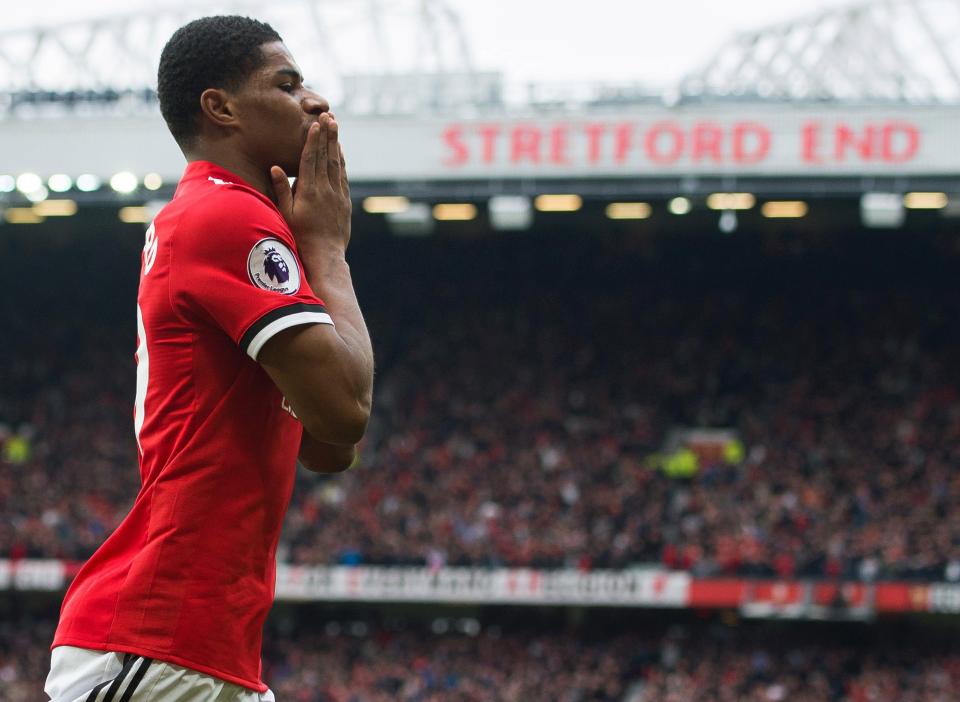 Manchester United have beaten Liverpool 2-1 at Old Trafford. A first half brace from Rashford gave United a two goal lead, before a freak Bailly own goal halved the advantage. The defence held on at the end, securing the win and the vital three points in the race for second place.

Mourinho was forced to shuffle his starting XI yet again due to injury. Paul Pogba suffered some sort of injury in training during the week, ruling him out of the match. Martial was also unavailable for selection, as the winger still hasn’t recovered from the knock he picked up. Thankfully, Bailly was finally able to return, as he was given the start next to Smalling. Young and Valencia were the fullbacks, with a midfield pairing of Matic and McTominay. An attacking trio of Alexis, Rashford, and Mata played behind Lukaku, who was looking to grab his 100th Premier League goal.

It was the start most expected from this match-up early on. Liverpool controlled possession, while United sat back and left no space in behind.

However, United were able to grab the opening goal ten minutes in. A goal kick from De Gea was booted up the field, Lukaku rose highest, and flicked on his header past the Liverpool defence. Rashford was fastest to react, getting to the ball ahead of his marker. The young Englishman settled the ball, cut inside, and smashed his finish past Karius into the side netting.

Liverpool responded well, going right back on the offensive. A corner was cleared properly, and Firmino was able to pick the ball up out wide. The Brazilian settled, and curled in a wonderful cross to the back post. Mane was in space, but couldn’t get his head on the ball.

The away side really should’ve equalised after more poor defending from United following a corner. The corner was whipped into the near post by Salah. The ball found Van Dijk, who was only a few yards out. However, the world’s most expensive defender was put off by Matic, and hit his header off of his shoulder and wide of the target.

United would double their advantage right after, leaving Liverpool to rue their missed chances. It started from another goal kick, with De Gea booting it upfield. Lukaku brought the ball down, holding off Lovren with relative ease. He played Mata through on goal, but Van Dijk was able to make a challenge to get the ball off him. Luckily for United, the ball fell to Rashford, who placed his finish to the far post past Karius. The shot took a slight deflection off Alexander-Arnold, but United won’t have cared.

Rashford was booked for a late challenge on Milner. It was a forward’s challenge, sliding in after the cross had already been whipped in, and he was deservedly given a yellow.

Bailly did a roulette to get past the press from Firmino, bringing the Old Trafford crowd to their feet.

It was nearly three for the home side before half-time. Exquisite play created the chance, with Valencia playing a perfect switch ball over to Alexis, who dinked in a beauty of a cross to the penalty area. Mata was unmarked, and went for the spectacular overhead kick. However, he couldn’t make good enough contact, and hit it wide.

Liverpool tried desperately to grab one back before the end of the half, but the United defence stood firm.

The second-half started the same way the first did, with Liverpool dominating possession as they tried to get something back.

It was more danger from a corner, when Van Dijk won another header at the back post, but his header looked over the crossbar.

Liverpool finally grabbed one back, but didn’t actually create the chance themselves. A cross from the wing was hit into the middle. It was heading right for Bailly, and went for a routine clearance. However, the Ivorian made a complete mess of it, hitting it off of the back of his other leg, past De Gea into the back of the United net. Just like that, United’s lead was halved.

To make things worse, Bailly might’ve injured himself on the play. He stayed on, but he might have a race to be fit for the Sevilla match midweek.

Marcus Rashford then came off for the returning Marouane Fellaini.

Fellaini made a goal saving tackle later on, blocking off Mane from getting on to a Firmino backheel on the edge of the penalty area.

Jesse Lingard came on for Juan Mata to bring some energy to the United side.

Liverpool pushed everyone forward in a last attempt to grab an equaliser. The away side won plenty of corner as the game was coming to a close, but United were able to head away any crosses. The last chance of the game came when the ball fell to Mo Salah, but the Egyptian could only smash a volley well over the crossbar.

Darmian came on for Alexis in the dying moments.

It was yet another Mourinho masterclass, as United held on for the victory over their bitter rivals.

Manchester United’s next match is on Tuesday, as the Red Devils host Sevilla at Old Trafford in the Champions League.