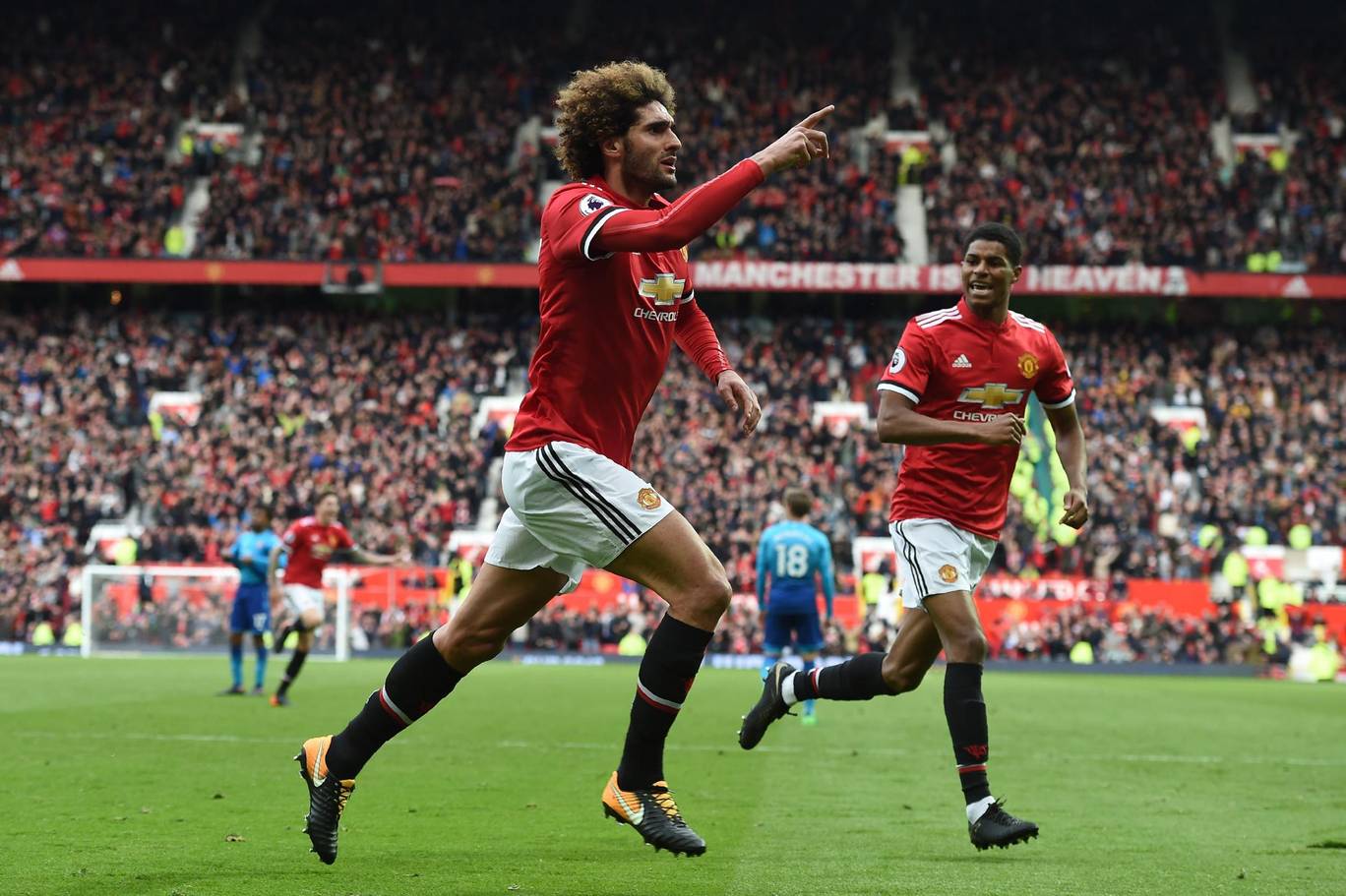 Manchester United have beaten Arsenal 2-1 in Arsene Wenger’s last game at Old Trafford. An early goal from Pogba gave United the lead before Mkhitaryan grabbed an equalizer for the away side in the second half. Fellaini, who came on as a sub, scored the winner in extra time, heading home to give Man U the 3 points.

Mourinho only made one change to the team that beat Spurs in the FA Cup, with Lindelof coming in for Phil Jones. All eyes were on Alexis, who was playing against his former club for the first time.

The other side saw another return, as Mkhitaryan started for Arsenal in his return to Old Trafford. As this fixture was sandwiched between Europa League games, Wenger named a weaker team for his final game against Manchester United.

The first chance of the game fell to United after an Arsenal turnover. The ball was worked around until it fell to Matic at the top of the box. His long shot fell to Pogba, who shanked a shot, and hit it well wide.

Arsenal grew into the game, and created a half chance. Mkhitaryan was played down the left wing, and tried to pick out someone with a cross, but his low ball found nobody.

United took the lead, and deservedly so. Pogba lead a counter, and danced by Xhaka before playing Lukaku out wide. The striker cut back in, and hit a delectable cross to the back post. Alexis won the header, but could only hit off the post. Luckily, Pogba was in the perfect position, and tapped in the rebound.

Mkhitaryan, in an attempt to get one over on his old side, missed a decent chance after hitting a low shot past the far post.

Pogba picked out Ashley Young with a wonderful switch ball, who isolated Bellerin out wide. He went for a cross, but somehow saw his effort hit off the near post.

It was a half that lacked any real intensity. United allowed Arsenal plenty of possession, and looked to hit on the break whenever given the chance. Both teams had some half chances, but Man U were able to grab the goal to separate the sides.

Potential scary news for United fans, as Lukaku was on the receiving end of a tough tackle. He tried to play on, but could only limp around, and had to be substituted off. Rashford came on to replace him.

United fell asleep at the back, and allowed Arsenal to grab an equalizer. A poor turnover bounced to Mkhitaryan, who took a touch before rifling a low shot through the legs of Lindelof and past De Gea.

The goal woke United up a bit, as the home side finally gained control of possession.

Mourinho made a double substitution, as Martial and Fellaini came on for Ander Herrera and Lingard.

United should’ve taken the lead, when a low cross picked out an unmarked Smalling in the penalty area. However, the defender fluffed his lines, and completely missed the ball with his shot.

United thought they had grabbed a late winner, but saw the goal taken off the ball. A great cross from Martial picked out Fellaini, but the Belgian could only head it off the post. The ball bounced off Rashford into the back of the net, but the youngster was correctly called offside.

Fellaini made up for the miss, and gave United the lead in the dying minutes. Young picked up the ball from far out, and settled it before lumping a cross into the area. Fellaini rose highest, and flicked on a header with the back of his head. His effort looked over Ospina and into the back of the net to the roar of the Old Trafford crowd.

It wasn’t the prettiest game, but United were just able to hand Wenger one last loss at Old Trafford.

Manchester United’s next game is on Friday, as the Red Devils face Brighton & Hove Albion away from home.