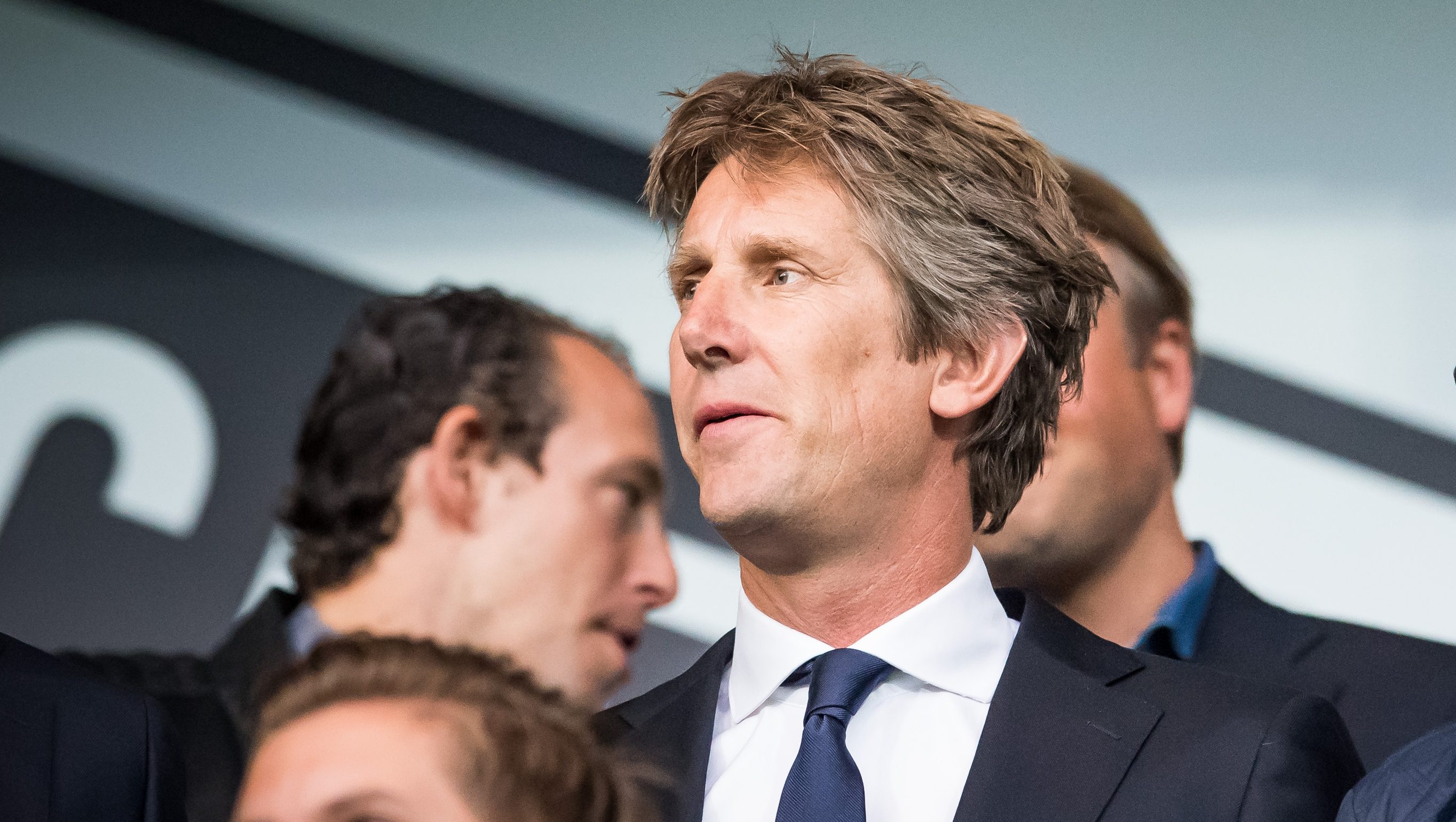 As Ole Gunnar Solskjær edges closer to winning over the Manchester United board in their search for a permanent managerial replacement following José Mourinho’s dismissal in December, the hunt for a Director of Football remains well underway and any concrete news on the candidates for the prestigious role continue to be sparse.

The need for a DoF became evident amongst Mourinho’s fallings out with Ed Woodward after the former-United manager wasn’t given the backing he so desperately desired and a central defender wasn’t purchased, understandably so as Mourinho had signed both Victor Lindelöf and Eric Bailly before making both outcasts at one point or another in his spell at the club.

Paul Mitchell, Head of Recruitment at RB Leipzig and previously at Tottenham, has had his name linked with the role since the news of United’s search broke, with his experience working with Mauricio Pochettino at both Tottenham and Southampton being a likely factor in the 37-year-old being identified. Mitchell is credited for Dele Alli’s signing at Spurs from MK Dons after convincing Pochettino of the then 19-year-old’s quality. Mitchell is also said to have been key to bringing Sadio Mané’s to Southampton from Red Bull Salzburg in 2014.

However, Solskjær’s astonishing impact at Old Trafford and the belief Mitchell will be hard to prise away from Germany has meant the likelihood of a Mitchell-Pochettino reunion has faded and the club are likely to look elsewhere. Monchi, Director of Football at AS Roma and previously Sevilla, has also been linked, though is reportedly set to reunite with Unai Emery in a Technical Director role at the Emirates.

There are some who believe the suitor who does land the DoF role at United does not need to have previously been at the club in any capacity, instead opting for names such as Mitchell or Andrea Berta of Atlético Madrid. But Solskjær’s influence on the turnaround of the Red Devils’ campaign suggests bringing back those who do understand the philosophy of United is the way forward. The effect Solskjær and Mike Phelan has had at United, as previously outlined, is much more than a honeymoon period or a job capable of any non-Mourinho manager replicating. Their understanding of United has aided the return of the romance surrounding the club. The current mood amongst supporters is the closest to the Sir Alex Ferguson days fans have experienced since the Scotsman departed in 2013 and it’s no coincidence based on Solskjær’s admiration for his former manager and Phelan’s experience of working alongside him.

The three appointments of David Moyes, Louis van Gaal and José Mourinho has diminished the idea that United have a style and a way of operating. Woodward’s woeful attempt to recreate Florentino Pérez’s Galactico policy with a marquee signing each season coincided with paying over the odds for players to compensate for poor negotiating skills hasn’t helped either. van Gaal tried to implement his own philosophy at the club, one which wasn’t really suited to fans used to seeing fast, counter-attacking football and Mourinho, winner tag aside, was one of the most non-United appointments the club could have made, though hindsight is a blessing and the decision seemed the correct one at the time. Solskjær’s entrance has served as a helpful reminder of the ‘United way’ and their DoF appointment should fit it.

The most notable ex-United candidate is Edwin van der Sar, who currently operates as Ajax’s Chief Executive Officer alongside DoF Marc Overmars. The former-United shot-stopper returned to Ajax in 2012 as a Marketing Officer, a year after Johan Cruyff had returned, and said that the club “did not feel like Ajax anymore.” In 2015, he became the Dutch clubs Sporting CEO before becoming the Chief Executive Officer, the same role as Ed Woodward plays, in 2016. van der Sar has helped Ajax’s revival and the rejuvenation of their youth production, one which has produced talents such as Justin Kluivert, now at Roma and Matthijs de Ligt in the past few years. Though not a graduate from Ajax’s academy, Frenkie de Jong was also identified and signed from Willem II before making a €75m future transfer to Barcelona which will see him join the La Liga side on 1st July 2019. A policy has developed at Ajax of bringing through talent and not standing in their way should they wish to go, allowing another De Toekomst graduate to make an entrance. Speaking to Rory Smith at the New York Times, van der Sar opened up on this method, saying: “We have to give the path to the next one. If players stay too long, the next one cannot play. The whole thing chokes.”

Though van der Sar has not been in the role of a Director of Football, and nor can he be credited solely for the recent turnaround in club operations at Ajax, his approach to youth development and understanding of United would certainly aid his chances of being successful if offered the role in Manchester. His time at Ajax has also shown he’s aware of what it takes to reignite a club and change its policy. Having joined United in 2005 and Solskjær not departing until 2007, the pair have played together and the Dutchman revealed earlier this month that he was aware of Solskjær’s desire to enter the world of management during his time at the club, saying: “Even when I was there, he was eager. Rene Meulensteen was the assistant and he [Solskjær] spoke a lot with Rene and watched the youth sessions. He took a lot of notes, he was busy, already thinking ahead.”

van der Sar also believes United’s upturn in form is down to Solskjær restoring the ‘United trademark’, telling AFP: “They were holding back in the previous regime. But with Ole the trademarks of United are there: Youth, enthusiasm, crosses, playing forward, belief. They are back.”

If van der Sar couldn’t be convinced to switch roles and a change of club, the option to promote from within could be explored. Tony Whelan, the assistant Academy Director at United, has also been linked with the role. The 66-year-old is responsible for age groups ranging from U-9 to U-16 at the club, grew up in United’s academy himself and is also the author of ‘The Birth of the Babes: Manchester United Youth Policy 1950–1957′. Whelan has been at United in a coaching capacity since 1990 after Brian Kidd invited him on a part-time basis, though eight years later he was employed in a full-time role at the academy, showing his depth of experience behind the scenes at United’s academy. In 2018, Whelan was interviewed by the official club website on Jesse Lingard and said: “Not only as a footballer, but as a human being, he’s probably one of the best players I’ve had the privilege to coach; such a charming, mischievous young man and a joyous young player.”

Similarly, Nicky Butt could also be another option should United chose to promote from within. Part of the Class of 92′ and currently at the club in the form of Head of Academy, Butt was also part of the first team coaching staff for Ryan Giggs’ brief tenure after David Moyes was sacked. Again, Butt shares a deep understanding of the ‘United trademark’, as van der Sar put it and was apart of Fergie’s Fledgings and now with his work with the academy. Butt also played with Solskjær from 1996-2004, both spending every second at the club under Sir Alex’s management meaning the chances of them working well together are high. The 44-year-old has also formed his own path in football after his playing days and has rarely criticised the club for five minutes of fame like previous United players have.

If anything, Solskjær’s return has shown that the traditions that were once recognised when talking about Manchester United had been missing for far too long. The club had fallen behind with three managerial appointments and opted for quick-fixes and throwing money at players and managers instead of implementing a structure, almost like there was a belief that United had to succeed now or never. But Sir Alex almost being capable of running the club on his own has meant that following his retirement, the shortcomings in the running of United have been exposed, and more football brains are needed, particularly United ones.

Though Woodward has been criticised for his handlings of the football side, his commercial work has continually increased United’s revenue and helped sustain the financial powerhouse status of the club. If Solskjær is appointed permanently, Phelan stays alongside him and more football people with an understanding of United are brought in, success won’t be far away when you consider the talent currently at the manager’s disposal, the financial capability to bring in new talent that fits the team, rather than the number of shirt sales, and the use of the academy.