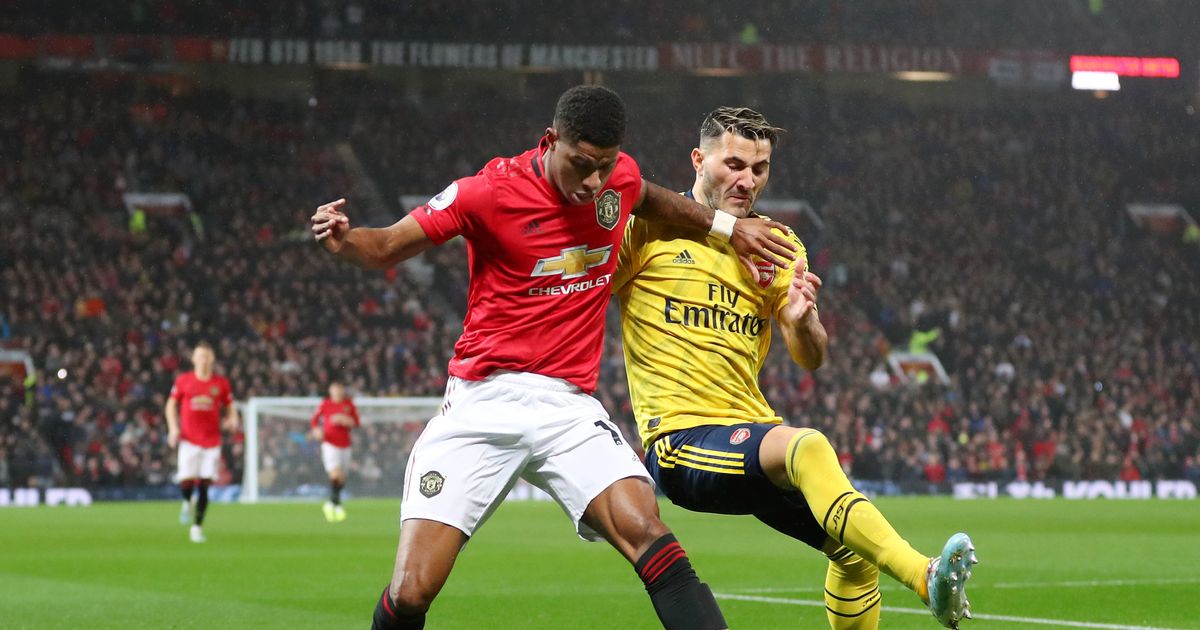 David de Gea: 7
Made a pivotal double save late in the second half, reaching low to deny Saka before blocking Guendouzi’s rebound attempt. The saves came just seconds before United took the lead on the break.

Ashley Young: 5
Filling in for Aaron Wan-Bissaka, Young didn’t have a very bad evening for United but the winger-turned-defender left me wondering why on earth he stopped playing in the lead up to Arsenal’s goal. Surely, the club captain must know that the VAR can overturn decisions and cannot rely on the linesman being completely correct. Had he followed through with his recovering run, he could have stopped Aubameyang getting a shot in at goal.

Victor Lindelöf: 7
Probably the best performance of the season so far from the Swede. Made a couple of great vital blocks and stood in the way of Saka’s effort just after 1-1, denying the youngster what seemed to be a sure second goal for Arsenal.

Harry Maguire: 7
Played Aubameyang on for the equalizer but was not at all at fault for the goal. As soon as he saw the ball being lost, the defender tried to raise the line and play the striker off. Not much he could do. Solid otherwise.

Axel Tuanzebe: 7
When the team sheets were announced, many thought Tuanzebe would play on the right with Ashley Young occupying the left-back spot. Tuanzebe, however, did brilliantly in defence but he will be kicking himself tonight after gifting Arsenal their goal in the second half.

A poor, poor pass aimed at Lindelöf went astray and Arsenal were in quick to get the equalizer. The makeshift left-back was told to stay back while attacking though, often leaving Daniel James outnumbered in the attacking phase.

Scott McTominay: 9
Opened the scoring late in the first half with a fantastic strike into the top corner after one of United’s few counter attacks. The midfielder was United’s engine in the second half and should’ve added a second, connecting well with an Ashley Young corner but couldn’t quite get on top it.

Paul Pogba: 6.5
Did well with what he had to work with. Was moved up a bit higher for the final parts of the game when Fred came on and was instantly more involved. Came close scoring late on.

Andreas Pereira: 6
Pereira’s intensity and desire cannot be doubted but the execution of the Brazilian often leaves you wishing more. He is wasted on the wing but did well tonight. With little to no options in the final third, Pereira still managed to get in a few dangerous balls, one of them coming in the build-up to the goal.

Jesse Lingard: 5
Didn’t do much.

Daniel James: 8
Always looked threatening on the wing despite more often than not having two defenders against him with no United player overlapping. Went past Calum Chambers a couple of times but couldn’t quite find the final ball. The only United player in attack with any urgency towards goal for large parts of the 90 minutes.

Marcus Rashford: 5
Will he ever find his way back to the form he found himself in when Solskjaer took over? Rashford could do no wrong in the first two months of the calendar year but has immensely struggled since. He didn’t look fit tonight, rarely looked threatening on the break and the touch was completely off.

We’re seeing a clumsy side of Rashford that might’ve been overshadowed by Lukaku’s notorious first touch.