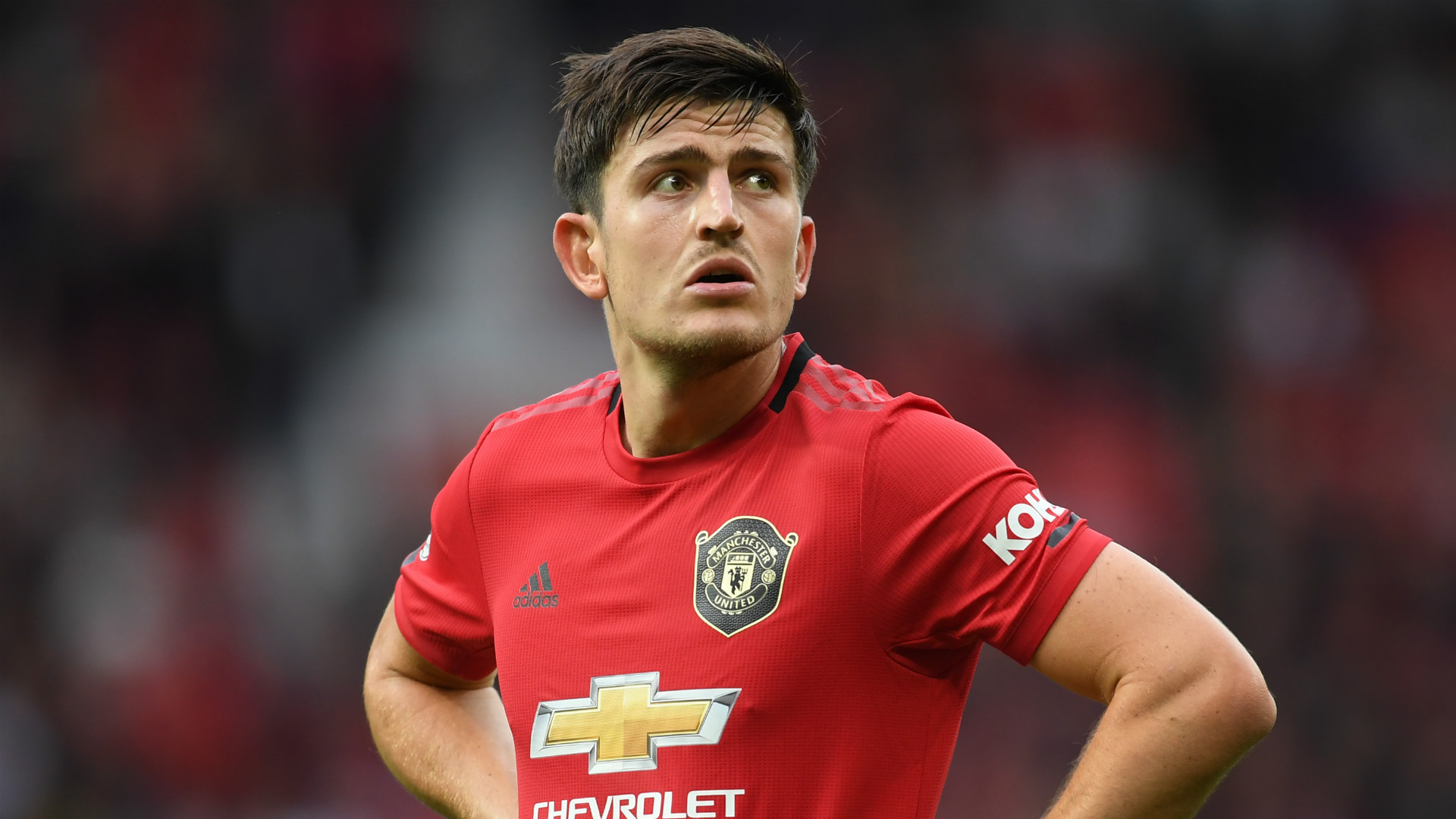 Man Utd conceded 54 goals in the Premier League last season and duly finished sixth in the standings. Their defensive record was worse than all five teams above them and five of the teams below them too, so drastic action was clearly required in the summer.

They turned to England centre-back Harry Maguire as a potential saviour, and they eventually agreed to cough up a record-breaking £80 million for his services after Leicester spent the summer playing hardball.

Man Utd’s defence does look more solid now that the 26-year is marshalling the backline alongside Victor Lindelof. However, Man Utd look bereft of creativity and they have managed just nine goals in their opening eight Premier League games. They could do with a striker to provide competition for Marcus Rashford and a dynamic number 10 pulling the strings would not go amiss. It begs the question: should the £80 million the club forked out for Maguire have been spent elsewhere?

Does Maguire Represent Value for Money?

First, we need to examine whether £80 million for Maguire represents good value for money. In the current climate, it is hard to argue with paying that sort of fee for a full England international approaching the peak of his career. Maguire is 26 and he has been on a real upward curve in recent years. He has established himself as England’s best defender, he flourished at Leicester and other big clubs were keen to sign him.

Right now, the noisy neighbours are in defensive disarray and they would probably kill for Maguire. Leicester were also keen to keep hold of him as they build for the future under Brendan Rodgers, and it took a huge sum to prise him away from the King Power Stadium. In a market where Aaron Wan-Bissaka goes for £50 million and Newcastle quote a similar fee for Sean Longstaff, £80 million seems about right for a player of Maguire’s ability.

You have to accept that you will pay a premium for English players, particularly internationals. In return, you are receiving the services of a player who speaks the language, knows the league, should have no trouble acclimatising or adjusting to the pace of the league and is unlikely to grow homesick. Liverpool also shifted the goalposts when they paid £75 million for Virgil Van Dijk, shattering the world record fee paid for a defender. He led them to Champions League glory and their best ever Premier League points tally, while winning the PFA Player of the Year award, showing just how important it is to invest at the back as well as in attack.

Nobody is suggesting that Maguire is better than Van Dijk, but he has the attributes to emerge as one of the best defenders in the world over the next six years. He believes his £80 million transfer represented a “good deal” for both Man Utd and Leicester, adding that he is not concerned about the high expectations that accompany his price tag. “It doesn’t bother me at all,” said Maguire. “It’s something that I can’t affect. Leicester wanted to keep me and they are in a great position as a club. Man Utd wanted to buy me and they came to an agreement. It’s probably a good deal for both parties and it’s something now where I want to concentrate on my football.”

Could the Money Have Been Better Spent Elsewhere?

Many ex-players said that Solskjaer needed to make six or seven big signings in order to compete with Man City or Liverpool. Spending £130 million on Maguire and Wan-Bissaka really should take care of two of those positions, so it appears to be a step in the right direction. Ryan Giggs now says that they need four or five signings to compete, and Gary Neville is chanting a similar mantra.

However, if they can only afford to spend around £130 million per year on bolstering the squad, and that only gets you two new players, it will be 2021 or even 2022 before Man Utd have those five key newcomers. By that point, more of the current crop will need to be replaced, and it becomes a problem that might never be solved. An alternative approach would be to buy a higher quantity of players at smaller sums.

It is interesting to note that Liverpool and Man City have never paid £80 million for a player, nor have Chelsea, Arsenal and Spurs. Man Utd have made the two most expensive signings in British history in buying Pogba and Maguire, and they are currently two points above the relegation zone. When Pogba is out, the midfield looks lightweight, and Man Utd could struggle in a similar fashion at the back when Maguire is injured.

Perhaps signing £80 million players is a luxury for teams that are already winning titles and blessed with strong, balanced starting 11s, and teams like Man Utd need to spread their transfer budget around more in order to bring in a greater number of players while bidding to catch the teams above them.

Arsenal’s budget for the summer was just £40 million, but creativity from Raul Sanllehi and his team ensured they recruited Nicolas Pepe, Kieran Tierney, David Luiz, Gabriel Martinelli and Dani Ceballos on loan, with William Saliba joining next summer after being loaned back to Saint-Etienne.

The jury is still out on many of those players, but they have certainly galvanised the Arsenal squad, freshened things up and provided competition for places. Arsenal are third in the table and odds-on to secure a top four finish. Meanwhile pre-season Premier League predictions about Man Utd struggling are starting to look remarkably prescient. Perhaps if United had given up on Maguire and focused on signing three strong players for £80 million, while tying up a couple of loan deals, their prospects might be better now.

The Benefit of Hindsight

Who could Man Utd have bought instead? With that £80 million, they could have bolstered their midfield with Youri Tielemans and still had enough left over to bring in Kostas Manolas to lead the defence. Wolves spent around £80 million on Raul Jimenez, Pedro Neto, Patrick Cutrone and Leander Dendoncker. Marko Arnautovic was up for grabs for £25 million this summer. Gareth Bale could have been signed for a nominal fee. Philippe Coutinho was available on loan, Hakim Ziyech had a £26 million release clause, and any of those players could have helped with Man Utd’s current woes in attack.

It is easy to say what could have been done when blessed with the benefit of hindsight, but it can still be an interesting exercise. Man Utd could probably have signed Teemu Pukki, James Maddison, Emiliano Buendia, John Lundstram and Caglar Söyüncü for the £80 million they spent on Maguire. More than half of the money would go on Maddison, but that is fair enough for a young Englishman who is electric in the final third of the pitch.

Buendia has been a revelation for Norwich, laying on more assists so far this season than any player in the Premier League apart from Kevin De Bruyne. Pukki has already banged in six goals in eight games, despite playing for a team sitting 19th in the table. Lundstram has been magnificent in the Sheff Utd midfield and he is already the darling of fantasy football managers across the country.

Leicester decided not to splash out on a big money replacement for Maguire, despite being linked with Nathan Ake and Lewis Dunk. That decision has looked like a stroke of genius, as Söyüncü has been magnificent alongside Jonny Evans at the heart of the Leicester defence. The Foxes are fourth in the table and he has been their star man, alongside Maddison and Jamie Vardy. With Pukki, Maddison, Buendia, Lundstram and Söyüncü in their ranks, Man Utd might be higher up the table, but it is all hypothetical.

There is no going back on the decision to sign Maguire, and there is every reason to think he will be a very good player for the club over the next six or seven years. Solskjaer clearly wants to build a British core and that is admirable. It served Man Utd extremely well during the glory years of Sir Alex Ferguson’s reign. However, in future it might be better to supplement the expensive English talent with a few gems from around the world, or players plucked from less heralded Premier League teams, plus the odd loan signing if they are of a similar quality to Coutinho. This Man Utd squad needs to be overhauled and right now there is a demand for quantity as opposed to blowing the budget on just one player.