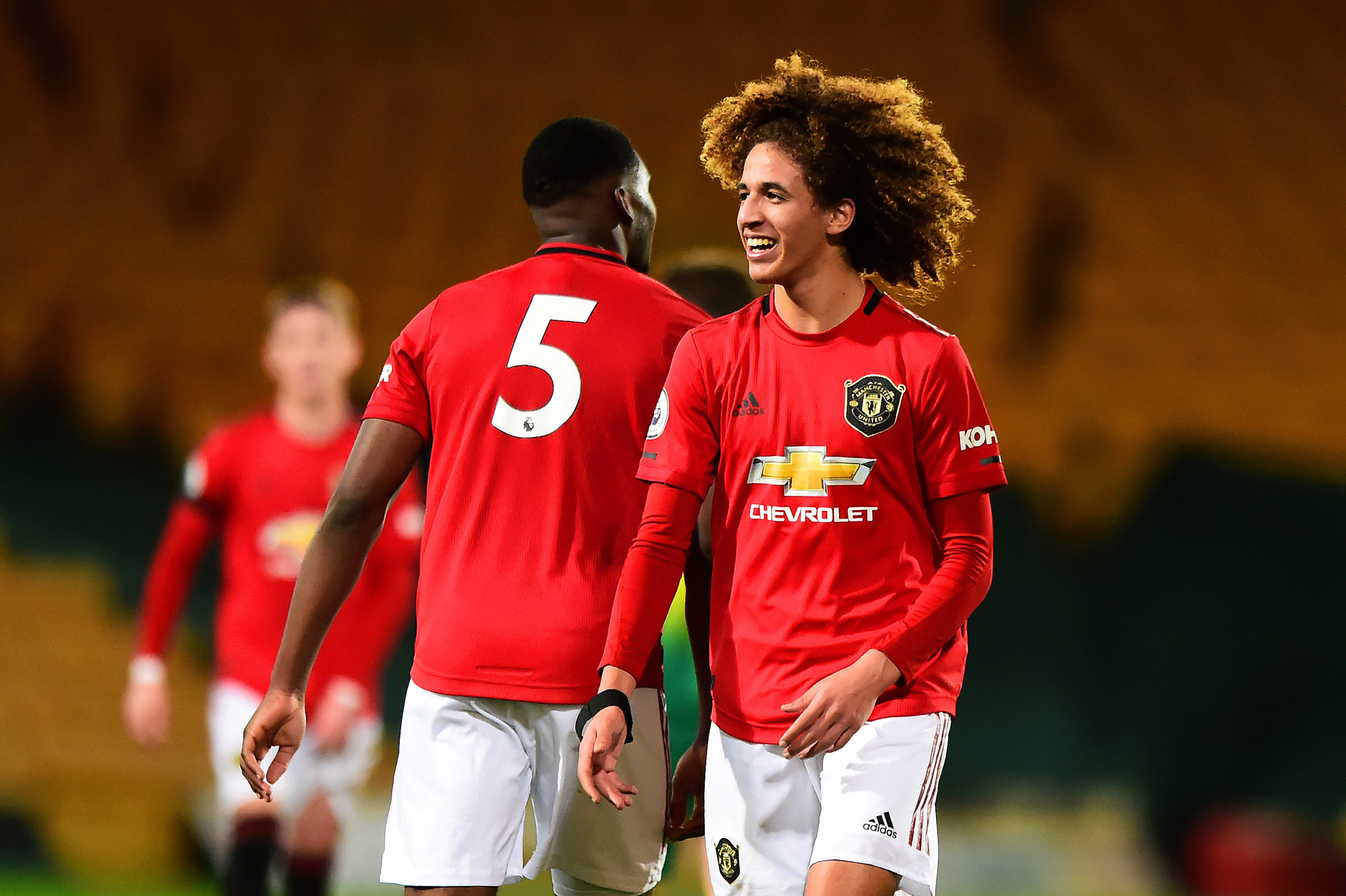 United’s Academy has long been heralded as one of, if not the best in the country. From Premier League legends like Paul Scholes and Gary Neville to recent examples such as Marcus Rashford and Mason Greenwood, United have long set the pace for youth setups. That is no different today, with Nicky Butt and Neil Wood overseeing unprecedented levels of academy representation in the first team. I have picked four players who could be the next to break through into Ole’s side and strengthen the pathway from academy to first team at United.

The 16 year old Frenchman who United acquired from AS Monaco in the summer for a fee rumoured to be in the region of £10 million has all the makings of a United great. The fiery central midfielder has settled in well at Carrington, notching an impressive 1 goal and 6 assists across performances for United’s U18s and Reserve teams.

While he is still very young, the fact that United splashed almost £10 million on the former Paris FC prospect shows the expectations the club has for him as well as reaffirming the commitment to producing and procuring the best young talents in the footballing world.

While Mejbri can operate extremely effectively around the box, his fierce determinedness and desire to hit a tackle often see him covering all corners of the pitch. With Solskjaer’s willingness to introduce youth players into the first team setup it would be very surprising if Mejbri isn’t at least training with the side by the end of next season.

Had he been fit at the start of the season, Ethan Laird could well have been in the United first team instead of Brandon Williams. A natural fullback who can operate on either flank, Laird is extremely highly thought of around Carrington.

In fact, it was Laird’s performances at right back that saw Brandon Williams switch sides to left back in the hope of game time. While he is small in frame, his excellent reading of the game and amazing recovery speed ensure the Englishman is rarely caught out. Laird also displays an

unwavering willingness to bomb forward, offering overlapping runs at a tireless rate. While United splashed £50 million on a right back in Wan-Bissaka, Laird’s natural attacking superiority may give Solskjaer a selection headache in years to come.

Another recent acquisition for the United Academy, Mejia scored over 60 goals for Real Zaragoza’s youth sides last season and attracted interest from Real Madrid, Valencia as well as Premier League rivals Arsenal according to The Sun.

The 17 year old Spaniard operates centrally and is able to play as a midfielder or a forward, his goal scoring ability has saw him hit the ground running with all four goals in a 4-1 win vs Blackburn Rovers. While the Spain U16 international was available on a free transfer, United had to spend £603,000 due to UEFA protocols on signing young players.

A Netherlands international at all levels up to U17, Hoogewerf is a classy striker who United signed from Ajax in the summer. The 16 year old is yet to set the world alight in terms of goal scoring, however, his performances have been incredibly impressive.

The Dutchman can operate as a lone striker or as part of a two and has represented United’s Academy tirelessly at every level this season. While preferring the ball into feet, Hoogewerf has also shown impressive aerial prowess.

It is rare to see a striker as positionally astute as Hoogewerf at youth level, however, his intelligence and knowledge of the game is undoubtedly one of his strongest attributes. His acquisition was also regarded as somewhat of a coup from United as he was extremely highly rated amongst the Ajax Academy, one which is arguably the best in the world. One thing is for sure, if the young striker can be more consistent in front of goal he will make an outstanding football player.