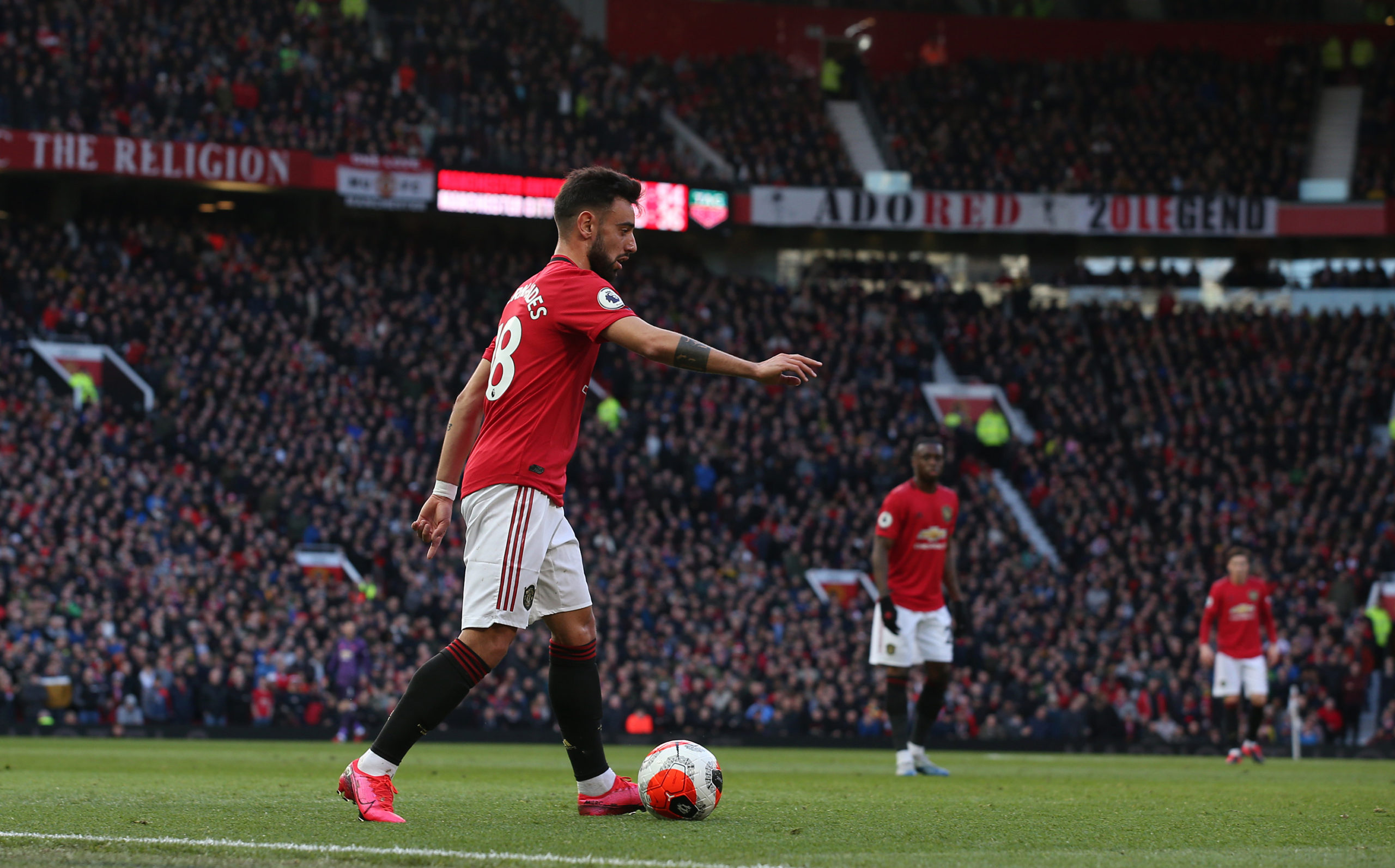 Ever since his arrival at Manchester United, Bruno Fernandes has formed a formidable friendship with fellow Portuguese player Diogo Dalot. The two seem to be firm friends and Dalot has shared his thoughts on just how good of a player Bruno could become at Old Trafford.

After dominating upon his arrival in England, scoring 3 goals and assisting 4 since his debut against Wolves on February 1st, Bruno won the hat-trick of PFA, Premier league and Club player of the month cementing his status as a hero to the Old Trafford faithful inside of two months.

This solid start to his career for the Red Devils has led to firm friend Dalot proposing that Bruno will become a club legend, despite the small sample size available. Dalot backed up the ability of his fellow countryman stating on the official Manchester United podcast:

“He’s unbelievable, he can be better of course as well. He’s going to learn a lot from this club. I think he’s a massive player to have have in this team and he’s going to be a very good player for this club”

“He was captain at Sporting, of course he’s and experienced player as well, 25 years old”

He added that he believes Bruno will undoubtedly go down in the folklore of the club, saying:

“He’s going to be a legend no doubt about that”

The praise comes as no surprise to anyone that has watched the start to life in Red that Bruno has had. His unreal start has not been unnoticed by players and pundits alike have been ecstatic about the players form, with United legend Garry Neville saying that Bruno has “made an impact beyond what anyone could have expected”. With Neville knowing what it takes to become a legend at the club, praise from him must be important to a new player at Manchester United. The praise however is most definitely warranted.

It can’t be understated how much of a difference Bruno has made, with United going on an 11 game unbeaten run as soon as he arrived being no coincidence. His commanding nature on the pitch nas made him the alpha at the club. Drawing praise from club legends and with fellow players saying he will become a legend, Bruno is an increasingly exciting player for Manchester United who have been crying out for a player like this.

Bailly: It’s important to work with someone who was a player
Odion Ighalo’s agent speaks on the Nigerian’s sacrifices and the prize of playing for United
To Top