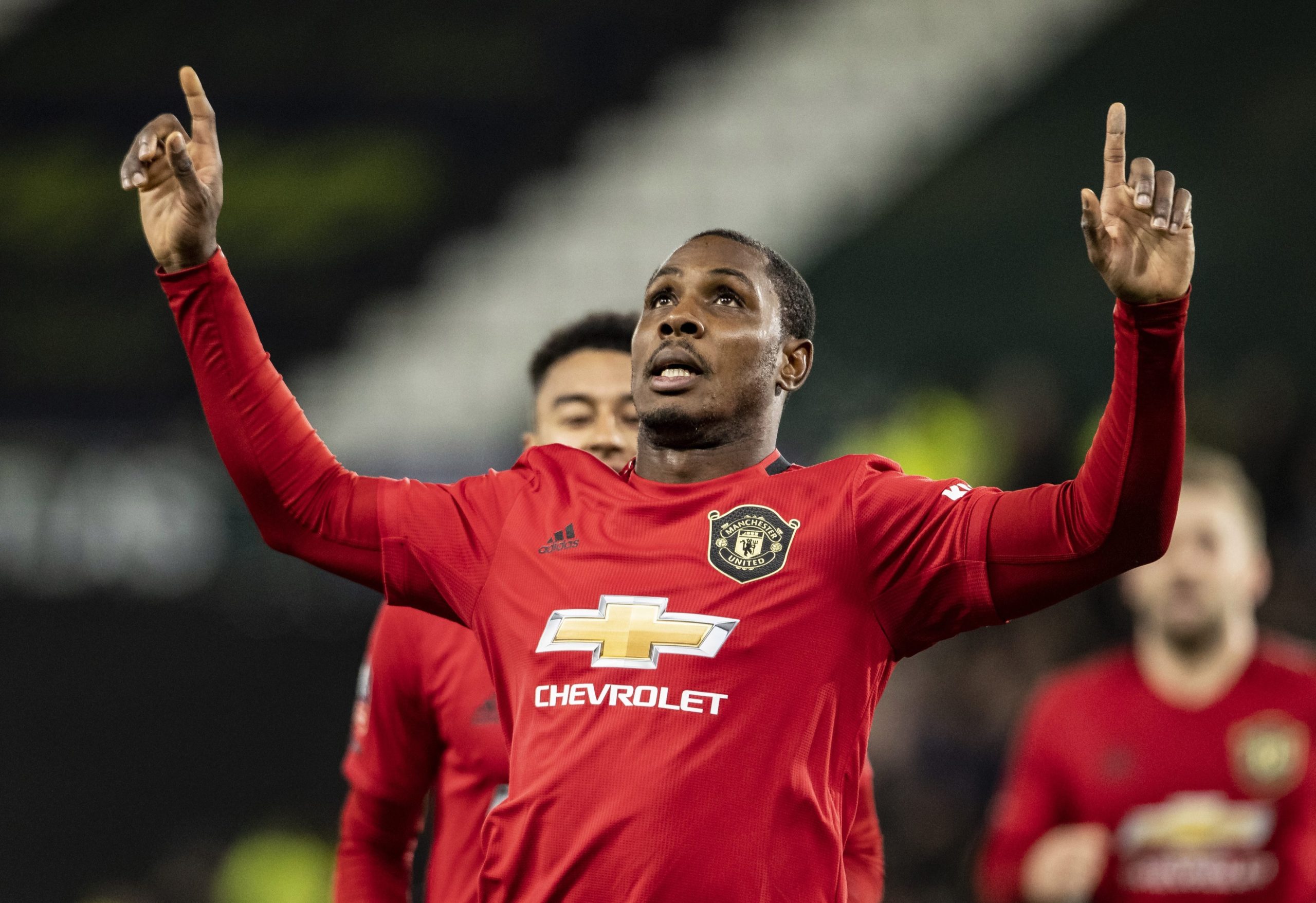 Odion Ighalo has revealed he couldn’t afford a named United shirt during his childhood.

Nigerian Ighalo, who has made a stellar start to life on loan at his boyhood club, told the club’s official magazine, Inside United, how his family didn’t have the money.

“I had a United jersey but no player name on the back,” the striker, who idolised Andy Cole and Dwight Yorke as a child, explained.

“It was one of the old blue ones but definitely no name on the back. You have to pay to put names on the back and there was no money to pay for that! I just got the United top.

“It was a blue one but a long time ago. I can’t remember as I was very, very young.”

There has been well-documented support from his home country and the 30-year-old discussed his own life growing up as a Red.

“It’s good – you have to go to an event centre and pay to watch the games,” he said on current support before elaborating on his own story.

“Any time United were playing, I’d go with my siblings. You’d have to pay to watch the games and now people are watching me and United. It is a big fan-base and it is growing even much bigger.

“Everybody is sending me messages saying they can’t wait to see me and watch the United games. I am very happy about that.”

Ighalo has four goals in three starts for United and the full interview is available in Inside United.