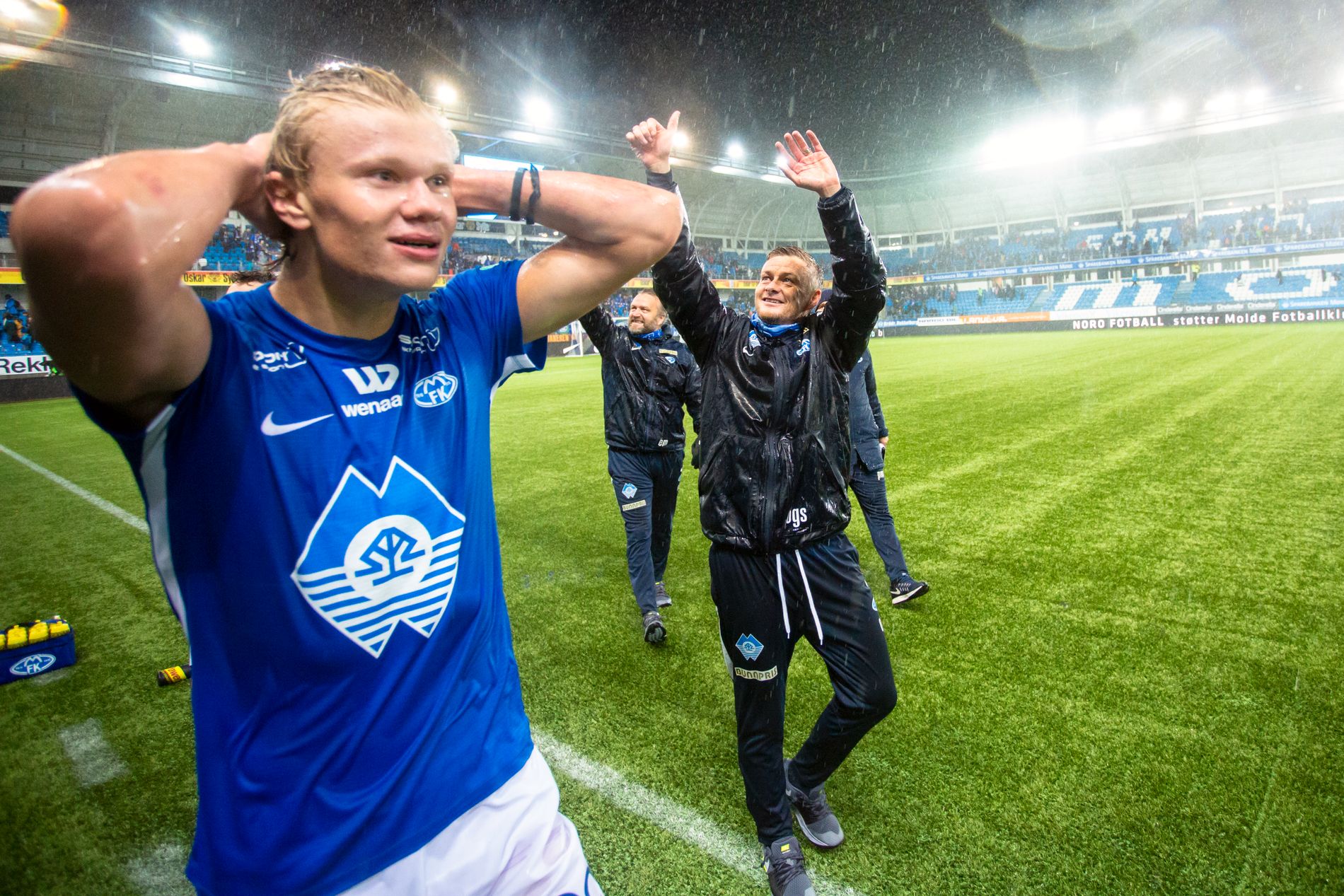 Teenage sensation Erling Haaland has revealed Ole Gunnar Solskjær’s role in his development as a striker when breaking through at Molde FK.

Speaking to Eurosport, the 19-year-old looked back on his time in the Norwegian Eliteserien as a fledging forward under a younger Solskjær.

Highly-coveted Haaland has 12 goals in just 11 games since moving to Borussia Dortmund from RB Salzburg in January and revealed how the Baby-faced Assassin helped him become the feared frontman he is.

“I remember it was frustrating as a young striker, everything goes against you in training,” the 6 ft 4 in Norwegian said.

“I was alone with the keeper and the bar, got crosses from Ole Gunnar, but I missed on every opportunity. I remember Ole then said ‘I think you should start this game, so just be ready.’”

The game in question for Molde included an emphatic four-goal display against Brann in July 2018.

It was a ‘turning point’ in Haaland’s career according to the man himself, and he then went on to explain how his old boss taught him to that predatory instinct.

“Solskjaer and I did some practice on finishing. Not just crosses. I remember he taught me some easy rules,” the hotshot said.

“The first one was one-touch [finishes]. That I don’t use too much power and trying to destroy the goal or the goalie with the ball. I think that I was thinking about doing that and it was something new that he told me.

“I trained a bit on that, but without scoring. But at least I had it in my head after that training session.

“He has taught me a lot to be calm, and also be on your toes and come to those situations where the ball is coming. It is then you have the chance to score.

“He deserves a lot of credit for teaching me that.”

A client of Mino Riola, United were reportedly not too keen on signing him in January but after proving his worth in the Bundesliga, speculation of him moving to Old Trafford and retuning with Solskjær is already rumbling again.