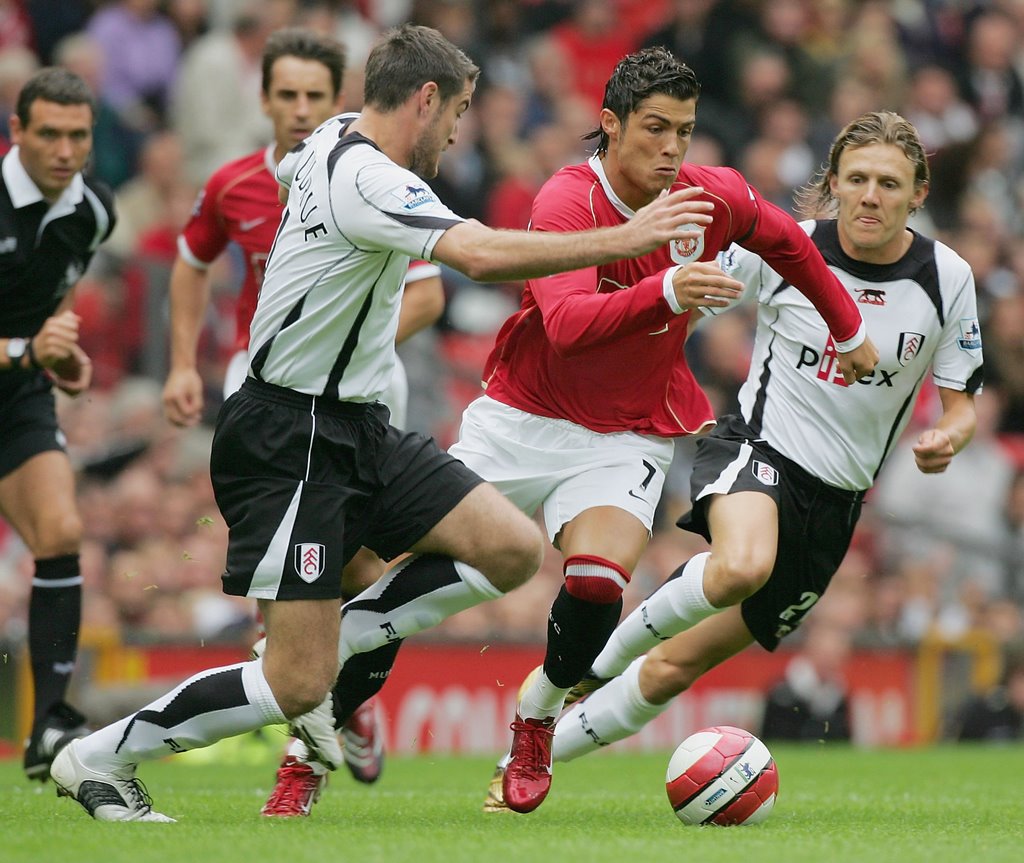 This game was the start of something special.

But before this day on August 20th, 2006—the opening day of the season—there were plenty of questions and doubts about the team. Not least over United’s two biggest stars. The summer had been dominated by the supposed rift between Wayne Rooney and Cristiano Ronaldo, after the Portuguese’s part in Rooney’s sending off at the World Cup.

It was later revealed that the pair patched up their differences in the dressing room immediately after that game, but the press, as well as away fans all over the country, were ready to pour scorn on Ronaldo, just as they had with David Beckham after his incident at the ’98 World Cup. But, like Beckham, Ronaldo was about to respond in the best way possible.

Ferguson had laid out a challenge to his players ahead of the season. Before Jose Mourinho’s Chelsea, United could always get away with a shaky start and still come through to win leagues. But Chelsea had raised the bar. Fergie knew that starting strong was a must this time around.

The summer of ‘06 had also seen the departure of Ruud van Nistelrooy, who had finished second in the league’s scoring charts the previous season. How could United replace his goals? It was a fair question, but one that was answered emphatically within the first half of this Fulham game.

Starting with Louis Saha up front alongside Wayne Rooney, with Ronaldo and Ryan Giggs floating behind in support, United pulled Fulham’s defence all over the place, and found themselves 4-0 up after just 19 minutes. It was a blitz, and certainly not something a defence containing Ian Pearce could handle.

There was a dynamism and fluidity about United’s play that Fulham could do nothing about. Saha’s impact can’t be understated. His movement and link-up play was everything Rooney and Ronaldo needed to flourish. Although he couldn’t match van Nistelrooy’s goals himself, his style of play set up the two future world-beaters to thrive and come into their own as goalscorers.

The three of them, along with Giggs, were all involved in United’s first-half four-goal haul. Giggs crossed for Saha, Saha crossed for Pearce to put into his own net, Saha’s volley was saved onto Rooney’s right foot, and then, in the moment of the game, Rooney looped a cross into the path of an onrushing Ronaldo to pounce. In 19 minutes, United had silenced all doubts. The goals were there. The winning start to the season was there. Rooney and Ronaldo were very much there, together.

The rest of the team was really beginning to take shape too. The back five was set in stone, with Patrice Evra and Nemanja Vidic overcoming their difficult starts to join Edwin van der Sar, Rio Ferdinand and Gary Neville in a soon-to-be world-leading defence. In front of them, Paul Scholes was being Paul Scholes, and he was about to be joined by Michael Carrick, another vital part of United’s evolved style of play.

The game against Fulham finished 5-1, with Rooney adding a second in the second half, before United eased off. But if you’re thinking ‘come on, it was Fulham’, they weren’t the only side to feel the force of United’s attack over the season. As United charged on to beat Chelsea by 6 points, they scored 83 goals, 19 more than any other team.

At a time when it felt like Chelsea were set to dominate just as United had in the 90s, this title win felt like one of Fergie’s best. Of course, United went on to win the Premier League in 2008 and 2009 too, as well as the Champions League in 2008. And you can trace it all back to this summer’s day in 2006.

Jack Grealish — Sauce on the side or all over?
Mason Greenwood’s rise to stardom
To Top