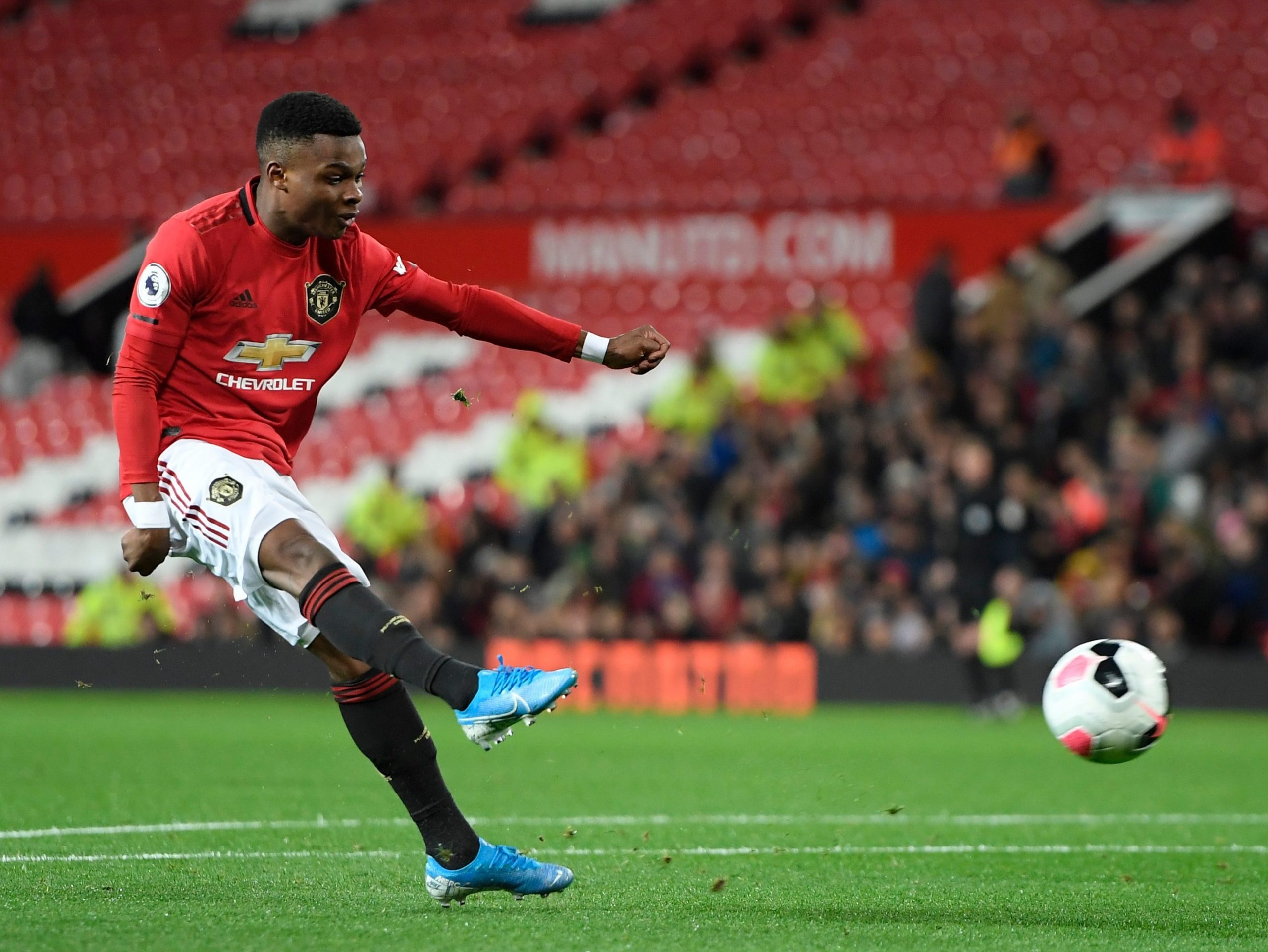 Manchester United currently boast one of the most promising academy set-ups across Europe and arguably the most talented crop of players since the notorious class of 92.

The new restructure behind the scenes has been well documented this season, with Nicky Butt assuming the role of the ‘Head of first-team development’, working closely with Ole Gunnar Solskjaer in creating a clear pathway for youngsters into the first-team picture.

Brandon Williams and Mason Greenwood have stolen the headlines in this regard, even altering the club’s transfer plans due to the impact they have had on their selected areas in the squad. Behind this duo are a long list names like James Garner, Tahiti Chong, Ethan Laird, Dylan Levitt and so on. Such talents have been shining in the U23 set-up this season, but one name that can’t be overlooked is Largie Ramazani.

The Belgian is the top-scorer for the squad this campaign, to which he has registered nine goals in just thirteen league games. For those not familiar with the 19-year-old, Ramazani is a versatile forward capable of playing anywhere across the front-line, with his best work coming from out-wide.

His stats highlight just how effective his wing play can be, cutting inside and getting a shot off at goal. All nine league goals have come from the teenager being deployed down the flanks – five from the left and four from the right. Such a record no doubt makes for strong reading for those monitoring his progression, and exciting contingency plans are being put in place for the Belgian.

The MEN recently reported that Ramazani was even ‘earmarked for a first-team promotion’ back in January, but the signings of Bruno Fernandes and Odion Ighalo limited squad openings in the final third.

United no doubt hold the teenager in high-regards, but they may look to loan out the figure who has clearly outgrown U23 level. When monitoring the Red Devils current options out-wide though, he finds himself down the pecking order. Marcus Rashford, Daniel James and Greenwood look set to be accompanied by Jadon Sancho, whilst Tahiti Chong, who has a year on Ramazani, is likely to be the young fringe squad member.

That isn’t to say that the forward can’t find success next season though. As per the same report from above, the club have established a new blueprint for such talents – a year with the reserves, before being sent out on loan. Given the stacked options when it comes to United’s flanks, Ramazani looks destined to follow this pathway and gain first-team minutes elsewhere.

There is little to lose with such a decision, and the youngster can take encouragement from figures like Dean Henderson and Axel Tuanzebe, two graduates that utilised the loan scheme to make a name for themselves on the senior stage. Scott McTominay recently labelled the youngster in his ‘top three’ academy talents, with Laird calling him the toughest player to face in training.

Such excitement around the youngster is justified, and Ramazani has a big twelve months ahead to further back up such claims.