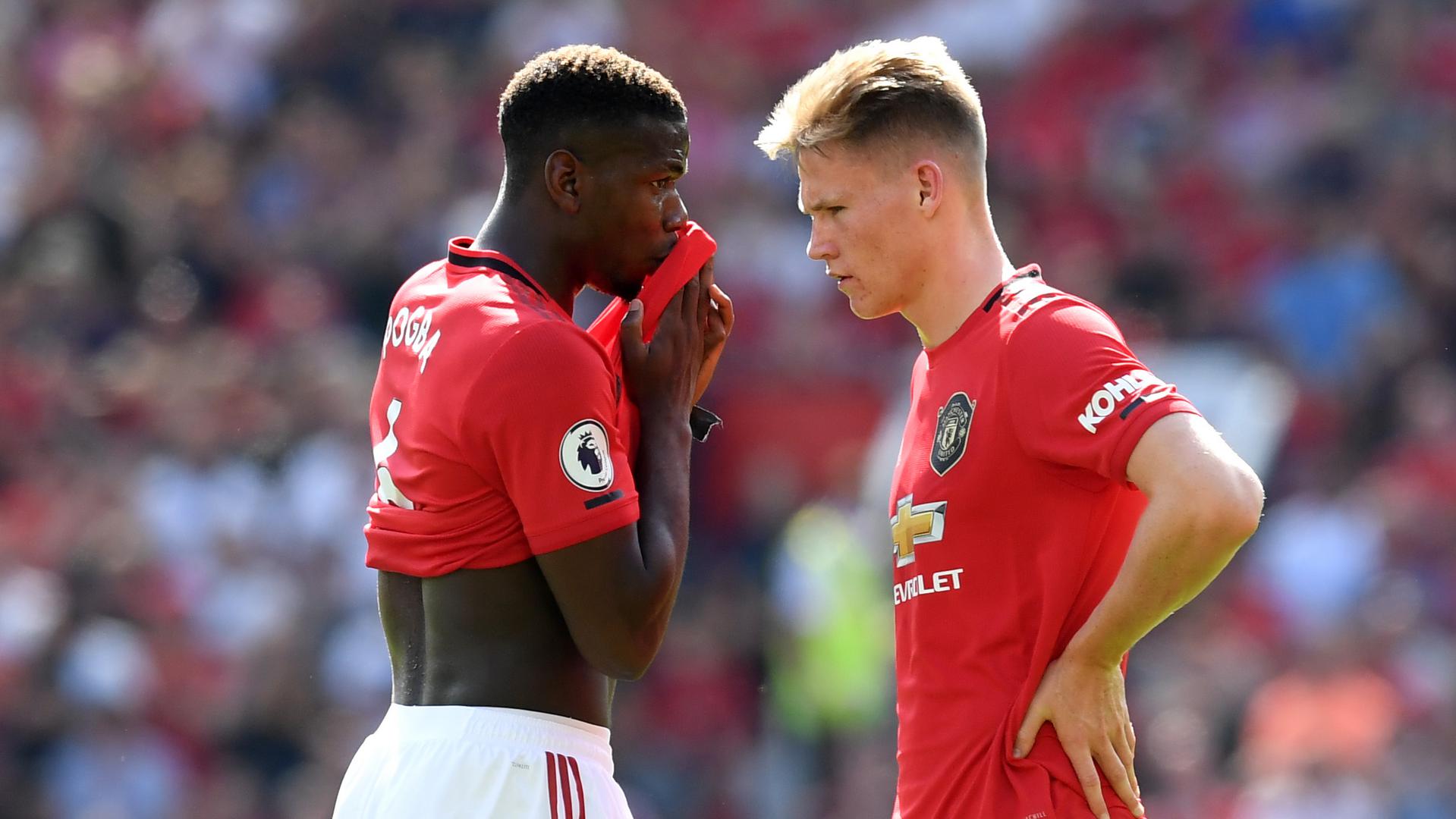 Football fans up and down the country are longing for the return of the game from a generic standpoint, but for the Manchester United fan-base, they want to see something a little more specific – Bruno Fernandes and Paul Pogba on the field together.

The former has had a devastating impact since arriving in January, contributing to seven goals in his opening nine games for the club, injecting some much-needed creativity into the middle of the park. His form has subsequently raised the anticipation for the return of Pogba, who has finally recovered from his prolonged ankle injury.

Supporters on social media have been demanding pictures of the duo together, and Ole Gunnar Solskjaer has been specifically pairing the two figures in training, to help form a relationship ready for the Premier League. Both Pogba and Fernandes share skillsets that will compliment one another, and their prowess and technique will establish a dominating look to United’s midfield.

With the latter pushing on as the advanced playmaker and the Frenchman occupying the space down the left channel, the side will, however, require a defensively strong figure in-behind to anchor. Similar to the system just over the road, United can replicate a similar look to City, who have one holding and two central creators pushing on in the final third causing havoc.

This therefore bodes the question as to who will be the third trusted member of this potential trio. Arguably the most obvious option would be Nemanja Matic, who has added some much-needed steel to the middle of the park since his return to the first team. United have kept five clean sheets in the Serbian’s last nine league starts, and he is accustomed to seeing his fellow partners push forward.

Even when paired with either Scott McTominay or Fred, it is one of the latter two that are expected to carry the ball forward – his average dribbles [1.3] and shots [0.6] per game in the league are less in comparison to the duo, but they highlight his desire to sit deep and protect.

This factor is the most important trait when it comes to the duties of the anchor, given Fernandes’ and Pogba’s willingness to roam forward. McTominay will justly make the argument that he is equally as effective in this department though, having been trusted with this role under Jose Mourinho and Ole Gunnar Solskjaer himself.

There is very little to split the two when it comes to their defensive stats – both figures have averaged 2 tackles per game, with the Scotsman just edging it in the interception department [1.3 compared to Matic’s 1.2]. From a long-term perspective, Solskjaer may prefer to mould McTominay into this role over time, and the 23-year-old can no doubt learn a few things from the two-time PL winner.

That isn’t to say that Fred should be overlooked though, and in fact, the Brazilian arguably holds the biggest trump card of all. When it comes to anchoring the midfield, a defensive presence is needed, but in the modern game, they must also be effective on the ball. So far this season in the league, Fred ranks third out of the entire squad in terms of passes per game, and joint-top for pass success rate (players with 10+ starts only).

The 27-year-old has come on strong compared to last year, becoming much more comfortable in possession and establishing himself as a contender for the club’s Player of the Year. When signed last season, the Brazilian was supposed to assume this role in-behind Pogba and dictate from deep, but he struggled with the pace of the English game.

After twelve months of developing though, he has become an effective source of creativity in the middle of the park – his average of 1.4 key passes per game puts him above both Matic and McTominay, but also Andreas Pereira, Juan Mata and Jesse Lingard. Such distribution would help feed both Pogba and Bruno into advanced positions. It’s a valuable trait that could well see Fred be granted the first few games in the role, to see how he fares.

An intriguing battle is soon to commence in United’s midfield, but this level of competition in terms of depth in options, but also quality, has been required for some time.