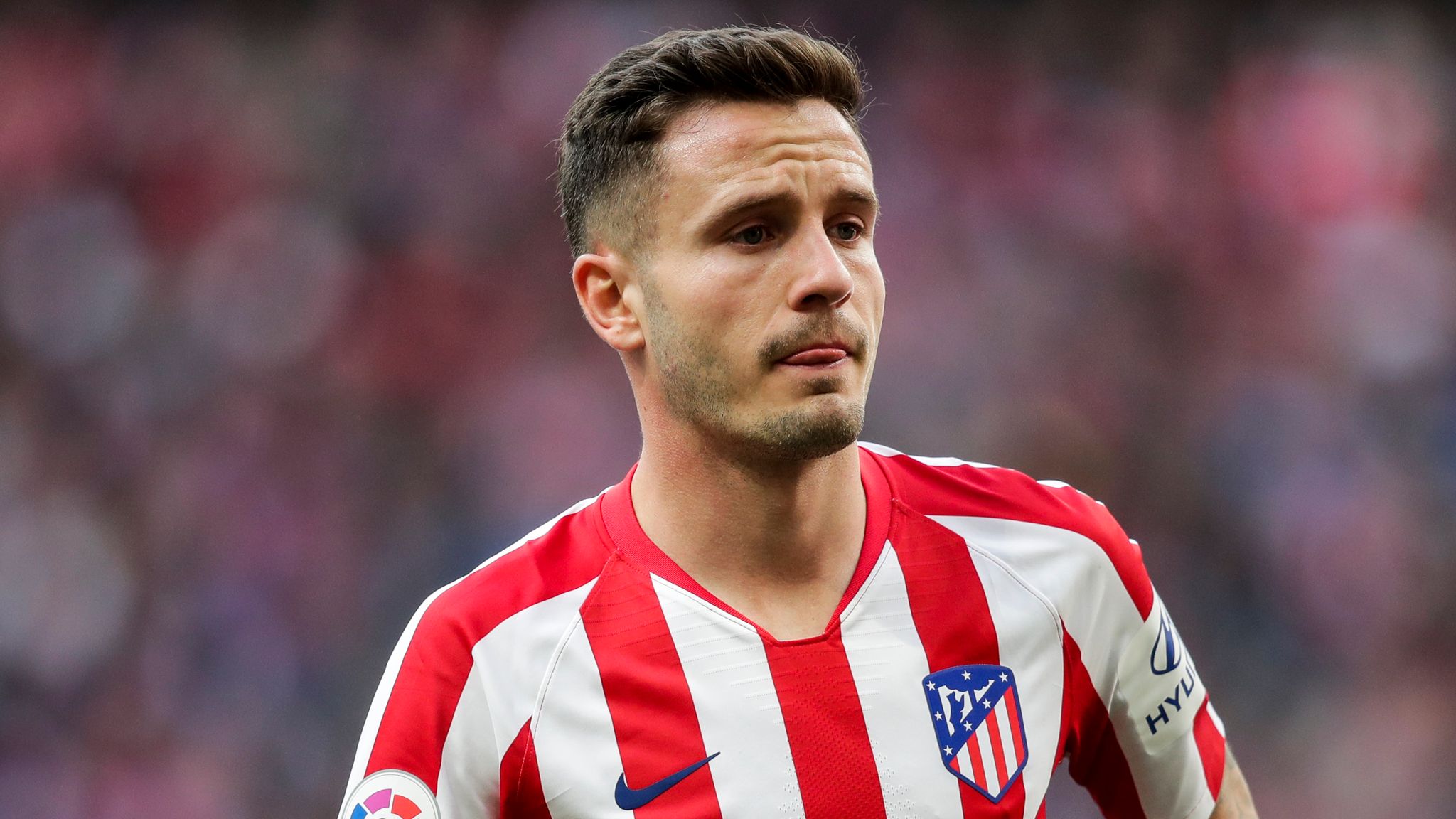 With the current state of affairs in the world of football, most followers of their favourite teams have been left pondering the potential changes on the horizon in terms of leadership, management and players, with some clubs seemingly coping better than others when it comes to dealing with an international crisis and a stoppage of play in the beautiful game.

As a United fan, it’s probably easier for me to think ahead with an aura of wishful thinking. The club, although it’s taken an expected financial loss, is still in good shape and maybe one of the few winners of the coming transfer window. (Fingers crossed)

Sweeping this window aside, I’m going to be brave and say the Jadon Sancho deal will be completed, meaning that he won’t be on this list of potential signings following this window and if he doesn’t sign this window, he’d be the first name on this list. As well as this factor, I’m going to look into what United have identified as a transfer policy. Finding players to play in certain positions, rather than panic buying stars to prevent them from joining rivals and/or making the club more marketable. So without any further ado…

Luckily for United, Martial has been in firing form this season and is only two goals away from having his most prolific goal-scoring season whilst at the club, meanwhile, Mason Greenwood smashing into the first team has provided Solskjaer with an excellent backup striker and a versatile option in less-pressure fixtures in the Europa League and FA Cup respectively. These two players alone are excellent options for Ole however they’ve both got their downsides. Martial, although terrific on his day, sometimes struggles to find the back of the net when the team needs him to. Greenwood has so far been almost flawless, however, he is still incredibly young and needs time to find his feet in the world’s most demanding league. Thus Ole chose Ighalo to come in and add an experienced goalscorer to fill in the gaps left by the two. Following on from the news that his contract has been extended until next January, that gives United a deadline to find a striker to replace him.

Solskjaer has a few options but his main two are going to be a conundrum for fans to debate everywhere. Do United go for a young aggressive goalscorer that’ll be aiming for the top of world football and become the starting striker, or do they go for another experienced player who can mentor two young forwards and try and mould them into world-class finishers?

There’s only one man who can be bought if you’re looking for the first option. Erling Haaland was clearly interested in a move to the Premier League back in January and United clearly have the bank and desire to bring in a player of such magnitude. Having scored 41 goals in all competitions aged just 19 is utterly ridiculous and he’d be adored by the Old Trafford faithful if he follows the footsteps of other top strikers such as Robin van Persie and Ruud van Nistelrooy. According to 90Min, the Norwegian’s release clause is just €60m meaning that United could pick up the star, regardless of Dortmund’s wishes for an absolute steal in the current market. There are but few downsides to this option though, one being that it could potentially stunt the growth of Martial and Greenwood, with both potentially being forced back to the left and right-wing positions in order to find more minutes. The other potential speedbump is the infamous Mino Raiola. As we all know, every player he controls, he causes some form of problem for. With the Italian as his agent, it’s likely that Haaland would leave for a mega transfer to a team like Real Madrid or Juventus after a few good years at United.

In the other option, Solskjaer might go for an experienced head to keep the team scoring when necessary. It’s a bit more difficult to find older strikers who still consistently score and are positive for a team’s impact, however an immediate player that springs to mind would be Edinson Cavani. The Uruguayan’s been plying his trade in Paris for seven years, winning countless leagues and cups in France. He might be 33 but he’d be an astute signing, given his ambition to leave Paris before his retirement. We could see him arrive in Manchester and have a Zlatan-esque effect on the side, guiding the younger players to success and coming in at key moments to pick up goals. Although that would go against the grain of what Ole is looking for at United, the loan deal for Ighalo so far has paid off and although it might be more passion than ability in his case, you can’t fault the way it’s affected United’s run of form going into the season break. Other wildcard suggestions could also be Bayern’s Robert Lewandowski, who would be 32 going into next season although it would be difficult to pry him from Bayern after his immense scoring record this season.

Centre mid is a position United have been meaning to strengthen since Roy Keane made his famous departure. We’ve had plenty of passionate and good players, Carrick and Herrera to name a few, and now all of a sudden, United have four excellent midfielders, all good in their own unique styles in Pogba, Fred, McTominay and Bruno, with Matic having many good shifts this season too. Unfortunately for teams in the top tier of football around Europe, that’s not really enough if you want to be the best, take Manchester City for example. Their endless purchasing of midfielders and forwards a few years ago paid off when they were at their peak over the two previous seasons. De Bruyne, Fernandinho and David Silva were world-class players in that time, with Bernardo Silva able to swap in for David Silva as well as Gundogan able to step in when needed, and they still bought Rodri from Atletico Madrid! United can follow suit by strengthening when strong. We’ll always have a young midfielder in the academy breaking through so add competition, we only want the best players if we want to be winning titles again.

The first name out of United fans’ mouths at the minute would be Saul from Atletico until he unveiled that his personal news that everyone believed to be an exit from Madrid was instead a personal project in his hometown. Atletico might still hold the key for what Man Utd want though, with Thomas Partey clearly keen on a move to the Premier League. If we’re willing to give Atletico the numbers they want, there’s no reason not to make a move for the 26-year-old Ghanian. He’s the ideal replacement for an ageing Matic, with McTominay and Fred filling that third Midfield spot until he’s ready to start for United.

Other than a big-money move, Jude Bellingham is looking very likely with the youngster taking a tour of Carrington and seemingly interested in leaving Birmingham for the Premier League. United can save money on this option for other transfers by signing him as well as giving a Championship club the financial boost it might need to survive, although that’s not a factor for United, rather than a nice thought. Bellingham is another ideal signing in a similar fashion to Dan James, young with high potential and already looking likely to succeed at the top level.

This is a tough choice, as we know there’s some quality in this position already with Lindelof, Maguire and Tuanzebe showing class this season as well as excellent cameos from the eccentric Eric Bailly. But United have shown they can be ruthless with players if they aren’t performing and inconsistency at the back of the team has been a downfall that’s plagued football teams around the world when trying to rebuild a squad. However United have the second most clean sheets in Europe, why would we try and improve something that’s already doing quite well? Well, second place teams don’t win trophies. The market for centre-backs massively inflated when Maguire was sold to United last season for a record fee so any big-name centre back is going to cost an arm and a leg regardless. Personally, a target for United should be Matthijs de Ligt. Foreign players rarely stay in Serie A for extended periods of time nowadays and United can capitalise on that by picking up the Dutchman for a fee that would probably make the Glazers’ wince. If he can recapture the form he showed for Ajax and his national team, United’s defence would be set for years to come with the team being able to be built around him.

Now the ideal dream is difficult to attain and realism sets in like a soft sunset. A more realistic option would be Bournemouth’s Nathan Ake. A stable defender who’s still young enough to improve himself and the squad and possibly increase the ability of players around him with his selfless style of play. He wins headers and tackles formidably and has proven qualities when playing tough opposition. He could benefit players like Tuanzebe who are making their next steps to the first team and trying to break in as a starter, potentially by striking up a partnership to rival Maguire and Lindelof’s

Either way, any way to replace some of the older, lesser defenders in that role would be a positive for United at this time.

It’s important for United to build a club in a manager’s image and whether you’re a fan of him or not, Solskjaer isn’t going away anytime soon and if we can build it as half as good as what Fergie had, we might win a few titles along the way.