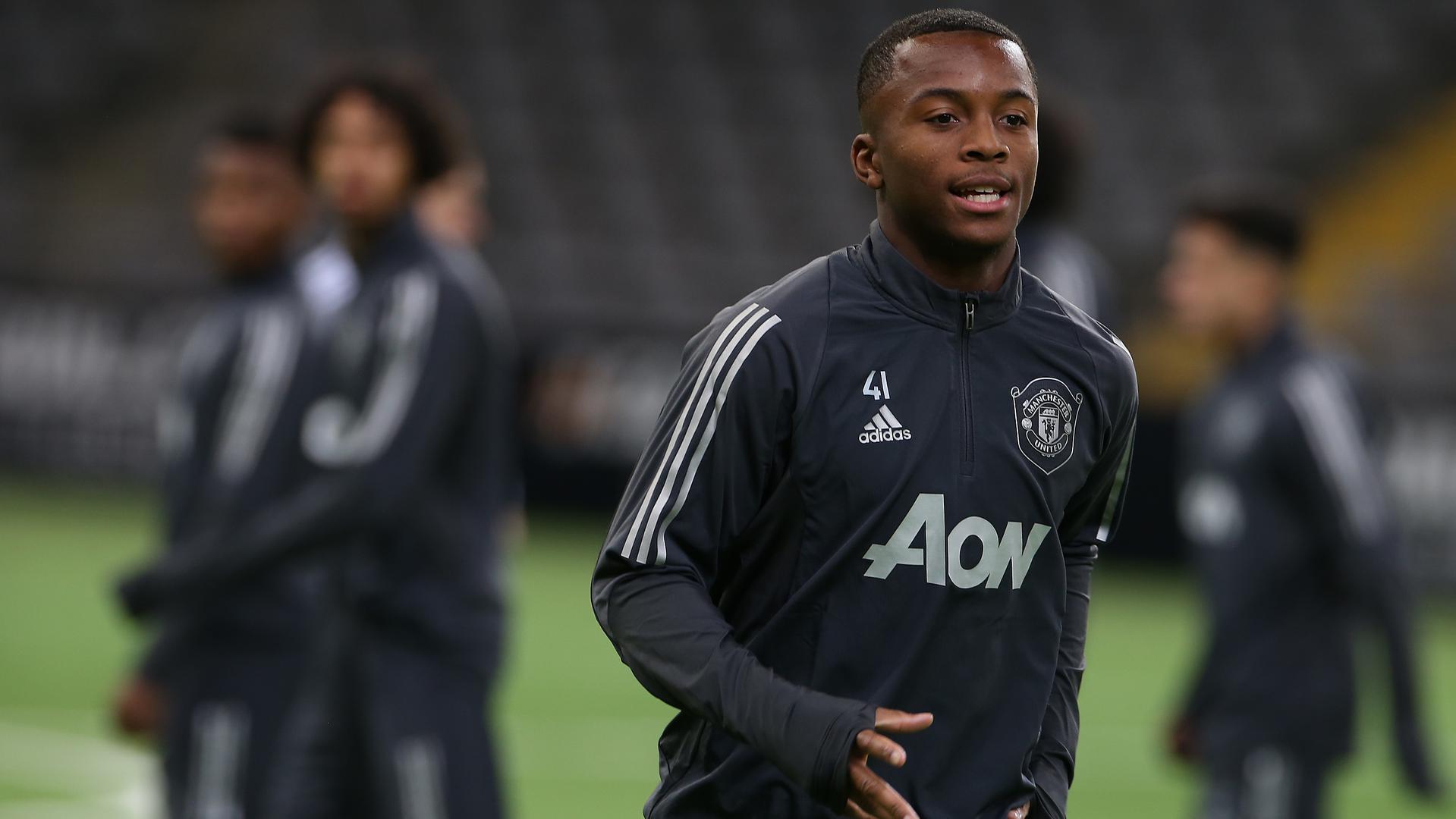 Man Utd’s famous youth academy system is one of the most successful in the world in terms of individuals making it to first team’s both at United and around the top divisions in Europe, with former stars such as Jonny Evans and Josh King nailing down starting spots in Premier League sides. Some players, such as Scott McTominay have told their tales from the academy and not taking a loan move as they search for first-team football at United, whereas the likes of David Beckham, who enjoyed a few months at Preston North End in 1994, prefer to gain vital experience in the lower leagues before making a mark on the first team. We’re taking a look at four future stars who could make the step down to the Championship to get some experience and where they might end up.

James Garner entered this season on fire, scoring 5 in his first 5 games in the Premier League 2. He’s an anchor of a strong midfield, capable both going forward and backward and improving his attacking game in every game he plays while maintaining the composure of a seasoned professional. Sounds like everything you’d want from a midfielder right? He’s just 19 and has a bright future.

Unfortunately for Garner, United’s first team midfield is getting incredibly difficult to break into with Scott McTominay, Nemanja Matic and Fred already fighting for game time. This would be an ideal time to get James out to the Championship to get into first-team football and get battle-ready through the fiery trials of a long Championship season. Wigan Athletic and Swansea City are so far interested in the midfielder with other clubs taking a look too.

Wigan would be an ideal destination for Garner, as long as the club can survive the finish to the Championship season. The club, led by Paul Cook, has a knack for surviving whatever league they’re in and work in spells of form and currently are birthing a young star in Joe Gelhardt themselves, who was due to appear in the FA Youth Cup clash between United and Wigan, however, was called up for the first team. He could also be mentored by the experienced Egyptian Sam Morsy, whose aggressive style could benefit the growth of Garner, allowing him to express more creative freedom going forward and benefit a tall squad with his agility.

Swansea would also be a great option for the 19-year-old, with their ambition to attain promotion back to the Premier League providing a great test for a player looking to prove himself. Swansea’s current ethos blends experience with youth, with experienced wingers such as Wayne Routledge and Nathan Dyer providing paths for the first team for players like Dan James last season and Bersant Celina. Swansea aren’t going to be in a relegation scrap anytime soon and are a stable club for Garner to grow in, with the team being led by Steve Cooper, former academy manager at Liverpool who helped the likes of Raheem Sterling and Trent Alexander-Arnold before moving onto England’s U16 squad, helping the development of current England stars such as Callum Hudson-Odoi and Jadon Sancho as well as Man City’s Phil Foden.

There are two good options for him in there and could make a mark at either end of the table depending on which club he chose out of the two.

Ethan Laird probably surprised most United fans when he made a brief appearance in the Europa League against AZ Alkmaar. Of course, he was part of the 2-1 loss to Astana earlier in the Campaign however the less we talk about that, the better. He was fast, strong and seemed capable of holding down the right flank whenever needed, albeit under little pressure from a defeated AZ side.

QPR would be a good fit for the 18-year-old, mainly due to their coach, Mark Warburton who’s had a hand in the development of youth stars and would benefit young players in such ways he’s managed to do so far for Eberechi Eze, a QPR forward who’s managed to find the net 12 times this season, impressing the fans with good finishing and great skills. He might be a young manager, only starting at Brentford in 2013 but he’s been involved in Rangers’ return to the Scottish Premiership as well as picking up skills along the way that mix his management ability with that of a sporting director. He knows talent when he sees it and with his position at QPR, he would likely give Ethan the game-time that he would need to develop. QPR currently sit around the mid-table but many believe that a good run-in next season could have them floating around the playoff positions, possibly leading to a promotion experience that Axel Tuanzebe got from Aston Villa last season.

Dylan Levitt might not have been stealing the eyes of fans as much as James Garner at the start of the season however his consistency for the U23 squad has been a positive angle to look at his time this season with. It’s tough to find a club in the Championship who doesn’t need a consistent midfielder however this deal could have many layers to it.

Right now, Birmingham aren’t looking for anyone to start in the midfield other than their star, Jude Bellingham. He looks like the real deal however by summer, he might no longer be a Birmingham player, with many Premier League clubs looking at the youngster and United apparently leading the charge for him. A way the deal could go over the line could be to offer Levitt on loan the other way. It would aid the deal for United and also let Levitt go to Birmingham, who are a solid Championship side with veterans such as Craig Gardner and Jefferson Montero able to guide the youngster while he picks up the knocks and blows that the Championship is known for. The manager, Pep Clotet, is another young manager who’s been the assistant to Garry Monk at Swansea and Birmingham as well as managing in Spain and Norway. He’s clearly had some success with the blues this season as they sit in a tightly-packed mid-table. It’s a safe bet for Levitt and the upside is a lot bigger than any negatives.

Ethan Galbraith already looks like a great talent, breaking into the Northern Ireland first team aged just 19. He’s a bit smaller than the other lads on this list and probably sits behind Levitt and Garner in the pecking order, therefore he might be more talented in a shift to a team that’s just arrived in the Championship or just been relegated to League One. Up steps Luton Town.

Luton are 23rd in the Championship, and although it is possible for them to survive and have picked up points recently, it looks like Barnsley and Luton would probably make the drop over other teams. The good thing for Galbraith in that respect is he can join a team that will be looking to rebuild their form and create another push for promotion in League One, something that Luton managed to do in incredible style just last season. Their midfield features former Man Utd prospect Ryan Tunnicliffe, as well as FA Cup winner Callum McMannaman, however, Galbraith won’t be facing too much competition for places if he brings his A-game, allowing him to make plenty of appearances in a busy league. Right now, Nathan Jones has joined Luton as their new manager, a man that knows the club well given he got them promoted to the Championship in the first place before trying his hand at Stoke City until his return 7 days ago. It’ll be a comfortable time for the young man and can hopefully be profitable in the future of his career.