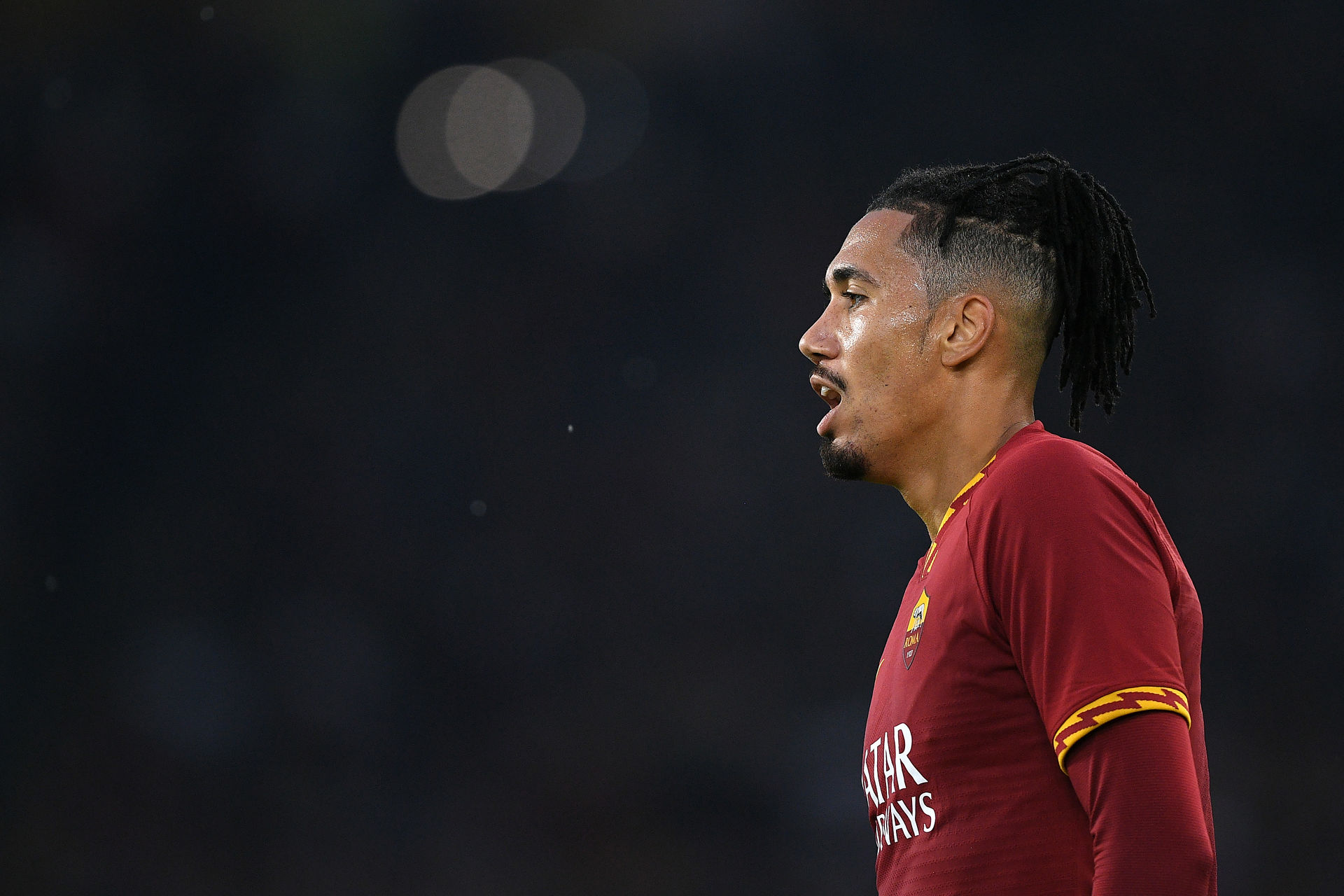 Italian clubs have become somewhat known for testing the English transfer market of late and United’s Chris Smalling has been one of the success stories.

The experienced centre-back chose the still unusual path for an English footballer by venturing abroad in search of regular football. The 30-year-old swapped the Manchester red for the famous red of Rome as he secured a season-long loan in Italy last summer.

Smalling’s work was more often than not appreciated by the United faithful and he was commonly recognised as a solid defender that just didn’t fit the Reds’ system — particularly Solskjaer’s playing out from the back style. But, with that, Roma reaped all the benefits.

Smalling immediately settled in Italy and became one of Serie A’s finest stoppers. In a physical league with the focus very much on defending and less on ball-playing, the former United stand-in skipper began to thrive.

And now, with most of the leagues looking likely to finish their seasons, many clubs have already started looking ahead to the transfer window which will soon follow. For Roma, penning Smalling on a permanent deal has become a priority.

As reported by Gianluca Di Marzio, Roma’s sporting director Gianluca Petrachi was speaking with Italy’s Sky Sport and voicing his admiration of Smalling and also fellow Premier League import and former red, Henrikh Mkhitaryan, who is on loan from Arsenal.

“The numbers don’t lie, they have been two successful loans,” Petrachi said. “We unfortunately lost Mkhitaryan for a physical problem for a little bit, but he’s very comfortable here just like Smalling. We’ll do everything we can to keep them, especially since they want to stay here.

“We’ll find out in the future if we are able to or not, but I feel the players are on my side. Now, we need to wait and see how the situation evolves and handle everything. I have daily contact with them and I’m fairly confident they want to finish the season with us.”

Juventus’ Paulo Dybala opens up on his infamous transfer saga in 2019
Close Call: United friendly vs Stoke City abandoned due to COVID-19
To Top