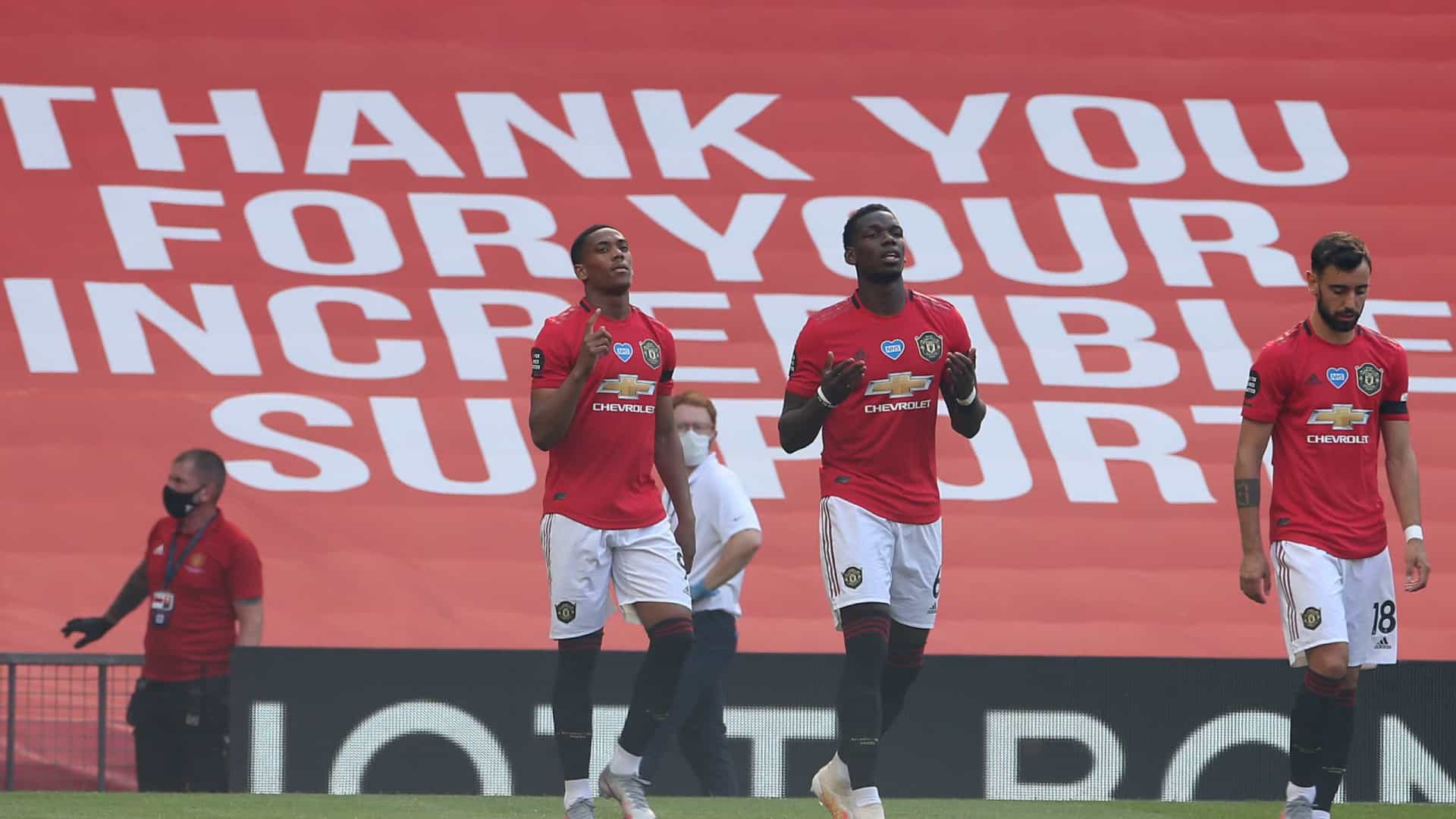 A lot of hope, but also expectation, was placed on a Bruno Fernandes and Paul Pogba partnership during the hiatus of football. Neither player had ever shared the field together, but fans were publicly optimistic that the two midfielders would help elevate Ole Gunnar Solskjaer’s side, with this subject matter dominating all the talk amongst the Manchester United community.

After just 144 minutes together, it’s become clear that talking about the duo will be a prominent factor when discussing the Red Devils’ performances. Fernandes and Pogba have quickly shown that they can function in the same eleven, with their creative traits already getting the best out of United’s attacking frontmen.

The latter changed the tempo of the game when he was brought on against Tottenham, completing 3 long balls and 2 dribbles, including winning the penalty that led to the side’s equaliser. Maintaining a 95% pass success rate, Pogba was as crisp as ever with his distribution of the ball, feeding Bruno into the final third.

Fernandes’ attacking stats were equally as impressive, registering 8 long balls and 2 key passes. Chances were created by the duo, who clicked simultaneously, it was simply just a case of poor finishing from their teammates on the night.

It took just 30 minutes for the two midfielders to showcase that they can function in the same XI, forcing Solskjaer’s hand in starting them together against Sheffield United. The Norwegian had hinted in being pragmatic with the utilisation of Pogba, who had not started since Boxing Day, but any other decision would have sent the fan-base into frenzy.

United’s opponents last night boast the nickname in being the Blades, but it was the Red Devils that were sharply carving out the openings. Fernandes occupied the no.10 position in-front of Pogba and Nemanja Matic, maintaining an offensive role inside the final third. The Frenchman was deployed in a double pivot, but he continuously offered support, bringing the team forward.

Both midfielder’s positional play was integral to United’s attacking gameplan last night, a trait that is benefiting the team’s frontmen. Bruno has established himself as the starting playmaker, a longed for creative figure at Old Trafford, whose work inside the pockets helps linkup the play between midfield and attack. Pogba’s tendency to settle a little deeper compliments this role, as he is able to feed the ball into his new partner.

Although neither player registered an assist, their creative influence helped create openings. Pogba claimed the ‘assist of the assist’ when he fed the ball to Aaron Wan-Bissaka into the box for Anthony Martial’s second goal, with this being 1/4 key passes he completed on the night.

When the Englishman drilled the ball across the six-yard line, there were four attacking figures waiting – Mason Greenwood, Marcus Rashford, Bruno and Martial. The ability to get the three frontmen inside the area at the same point is a significant factor, as it highlights the less of a need for them to drop deep and pick up the ball.

For too long, United’s frontline has relied heavily on individuals to create openings for themselves. The likes of Martial and Rashford have always been tasked with beating 2-3 men before then getting a shot off, as opposed to chances being provided to them on a silver platter.

Bruno and Pogba’s partnership will change this, as they have formulated an attacking blueprint to move the ball quickly into the final third. United’s fluid trio will now be granted a license to maintain a high attacking position, with the frontline slowly progressing into one of the most dangerous in Europe.