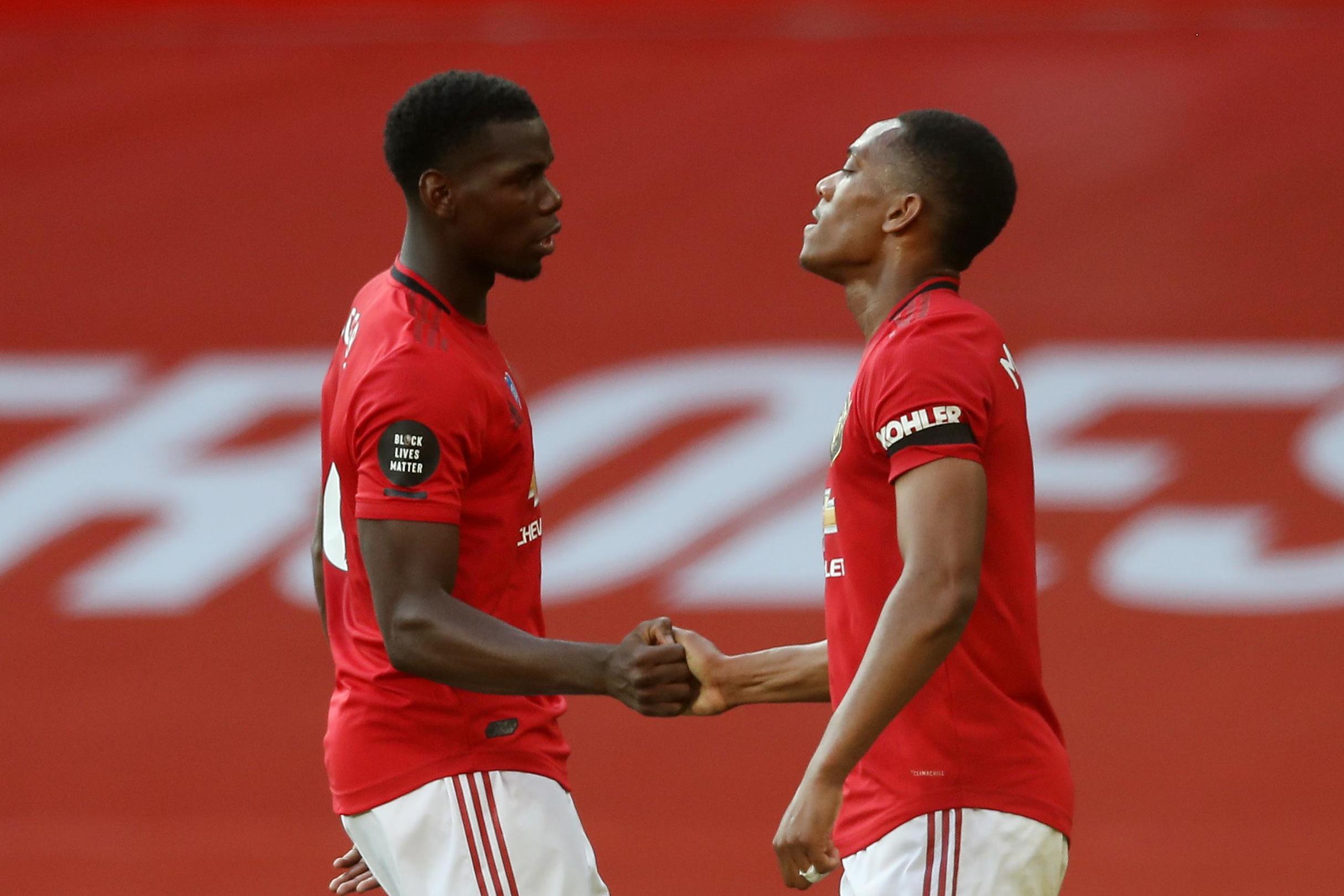 United are in probably the best run of form since Sir Alex Ferguson left and although it was mostly done without United’s French midfield magician, his return from injury has helped the team immensely.

There have been longer unbeaten runs than the 16 matches United currently are without defeat but it has never been as comprehensive as it is right now.

16 games, 12 wins, 4 draws and just 6 goals conceded is testament to an ever improving side which will surely be looking to challenge Liverpool and Manchester City for next seasons domestic title.

Paul Pogba’s return has seen the midfielder form a mouthwatering partnership with Bruno Fernandes in the middle of the pitch and Pogba has opened up on United’s improving form.

“You can tell that the team is improving a lot,” Pogba said to Manchester United’s official website.

“From behind I just enjoy it. I’m enjoying just watching Bruno, Rashford, Martial and Mason, who all played the last game, and seeing them score goals. You just keep applauding, it’s beautiful… they make me enjoy football every time!”

“As well though there is the defensive work that people don’t talk about – they do it. The pressing – they do it… that’s what you maybe don’t see that much. Football fans who know football see that and that’s the difference that we have and it’s great to see them at their best.

I think it’s about the mentality – the attacking and defending that they do every time – that helps us, it helps the midfielders and the defenders and obviously the talent speaks for itself – the goals and the action and the football, everything.”

Pogba’s return was highly anticipated but had it not been for Bruno Fernandes, who has stolen all the headlines since his January move to United, the pressure on Pogba would have been massive.

“To become a top, top team we just need to forget about the last game. We do it, we play well, we do great but then we forget about it and we think about the next one,” he continued.

“That’s also the mentality of this club, it’s always been like that. We’re never satisfied with one trophy or one game we win or two games or 10 games, you want more, you always want more. That’s what makes Manchester United the biggest club, for me, in England.”