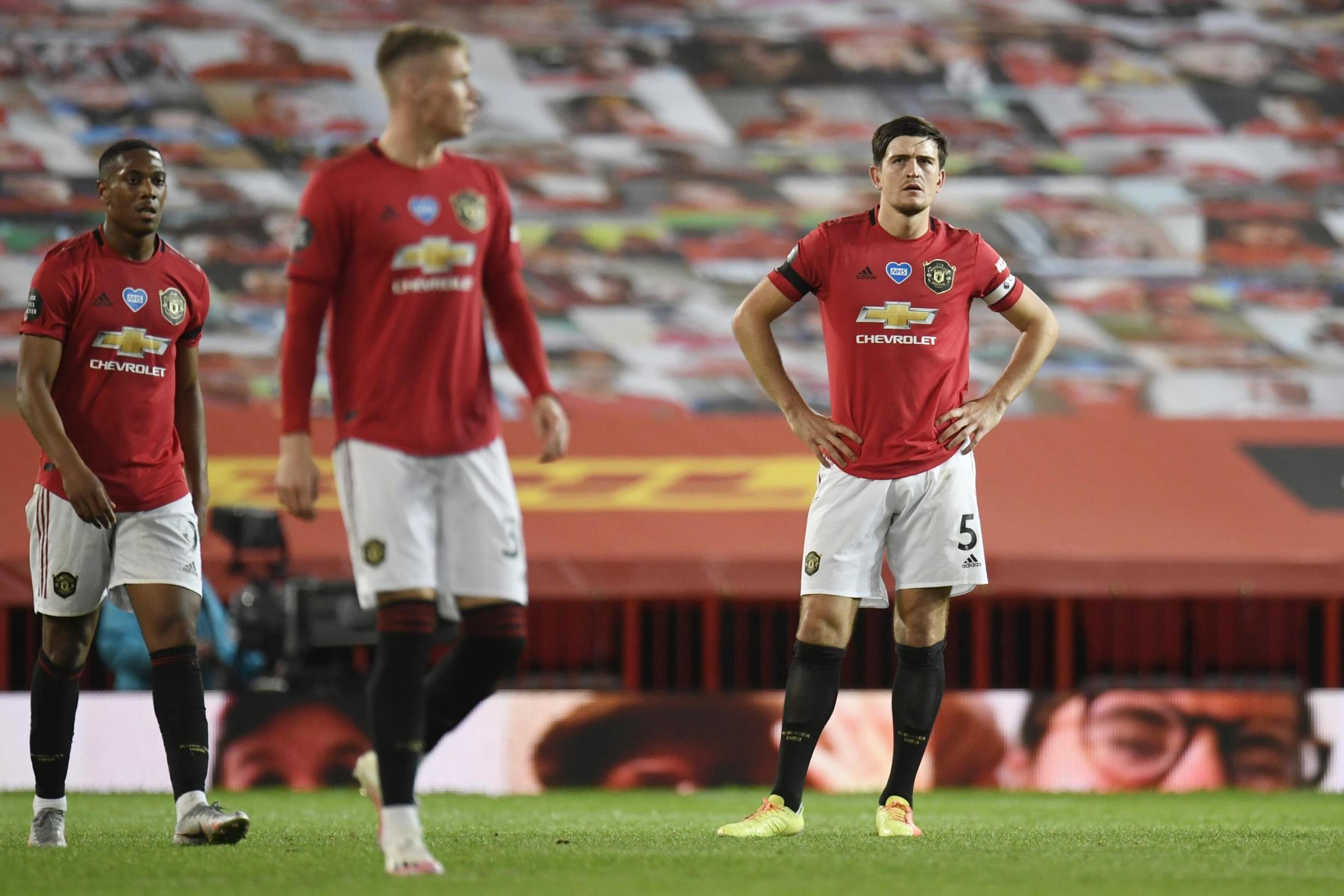 It was a night of uncomfortable viewing for United fans on the whole, despite United leading for most of the game and following in the footsteps of the teams ahead of us by dropping points this weekend.

Many United fans can be quick to point at some questionable refereeing by Chris Kavanagh and the unfortunate injuries to both Luke Shaw and Brandon Williams however it was United’s lack of intensity and clinical finishing that lost them the points tonight.

David de Gea: 6
De Gea celebrated his 400th Premier League fixture tonight against Saints although won’t be pleased with conceding two scrappy goals within the 6-yard box. He saved everything that came at him outside of it, albeit just three shots.
Not one to write home about but did what he needed to but was let down late on.

Aaron Wan-Bissaka: 5
Wan-Bissaka was a victim to Southampton’s high-press, losing the ball on 14 occasions tonight. Coupled with another unnecessary yellow card, it wasn’t his finest game in a United shirt.
Credit should be in order to him for his role in keeping the ball in traffic just before the first goal but hasn’t really got forward as well as he has done in recent performances.

Victor Lindelöf: 6
Lindelöf was the better of the two centre-backs tonight, playing good passes under pressure and winning three-headed clearances as well as sweeping up the right-hand side of the pitch behind Wan-Bissaka quite well.
Unfortunately, he didn’t manage to stop his man from scoring from a horrendously defended corner in injury time.

Harry Maguire: 5
Maguire started the game in shaky fashion and returned to the same later in the second half when having to cover the left-hand side of the pitch. Although he won the ball back as much as Wan-Bissaka did (4 times) he seemed a few paces behind Lindelof.
It’ll have been to the annoyance of Bruno Fernandes that Maguire’s only touch in the opposition box was a desperate header that was taken off the foot of Bruno. Poor night for the Captain.

Luke Shaw: 7
Luke Shaw has had a hard time winning praise from United fans in recent weeks however his performance today until his injury was excellent.
Going forward he supported Marcus Rashford when he needed to, making overlapping runs in which the interplay was impressive.
It was unfortunate to see him go off in the 74th minute with what looked like a twisted ankle, followed by a heavy head collision involving his replacement, Brandon Williams leaving a big gap on the left side and United with just 10 men versus an 11-man Southampton.

Nemanja Matic: 7
The resurrgence of Nemanja Matic wasn’t at it’s peak tonight however he still played to the great standard he’s been showing for the last few weeks.
19 forward passes and 11 passes into the final third is always a good sign from the big Serb and he won possession back 15 times, more than any other United player. Definitely deserves a rest although it seems we may not be able to cope without him.

Paul Pogba: 5
Truly a night to forget for Paul Pogba, beginning the game with a mistake leading to Southampton’s first goal. His passing towards the end of the first half slowly started to get him back in the game but after the break looked a bit useless to the forwards. He was replaced by Fred in the 63rd minute who looked energetic and got some more minutes under his belt before having to fill-in at left-back.
We know he’s better than what he showed tonight and with Ole taking him off earlier, we’re hoping to see an improvement on Thursday.

Mason Greenwood: 6
Struggled to get in the box in the first half before he was on the receiving end of a potential leg-breaker by Southampton’s Oriel Romeu. His passing play around the edge of the box remains a good part of his game but he just missed his lethal runs into the area tonight which have served him good of late. He was replaced in the 84th minute by Daniel James who didn’t get a chance to impact the game.
Another player we’ll definitely see an improvement from on Thursday.

Bruno Fernandes: 5
Critics will be quick to say this was Fernandes’ worst game so far in a United shirt. Easy to say after merely 16 games for the Reds. Fernandes certainly wasn’t at his best tonight and may have suffered from burnout after starting every single game since the resumption of play in the Premier League. He was replaced by Scott McTominay in the 84th minute in an attempt to close out the game.
A tough night in which we can guarantee he’ll be back and better for the next game.

Marcus Rashford: 7
Good night for Marcus Rashford, proving to be one of his better games since football restarted, grabbing a goal to equalise for United. His skill against Walker-Peters troubled the backline and he’d have gotten a second to finish the game off if it wasn’t for some excellent defending from Southampton to send a close finish wide of the post.
Seems to improve every game and still can be an active threat while playing as a playmaker.

Anthony Martial: 8
A great night for Martial might have been marred slightly by the result however Tony can be pleased with his effort. Leading the team in sprints (18) the Frenchman managed to find the net and grab an assist with some lovely footwork in the box.
He’s coming on tremendously as a number nine and hopefully, his form continues.