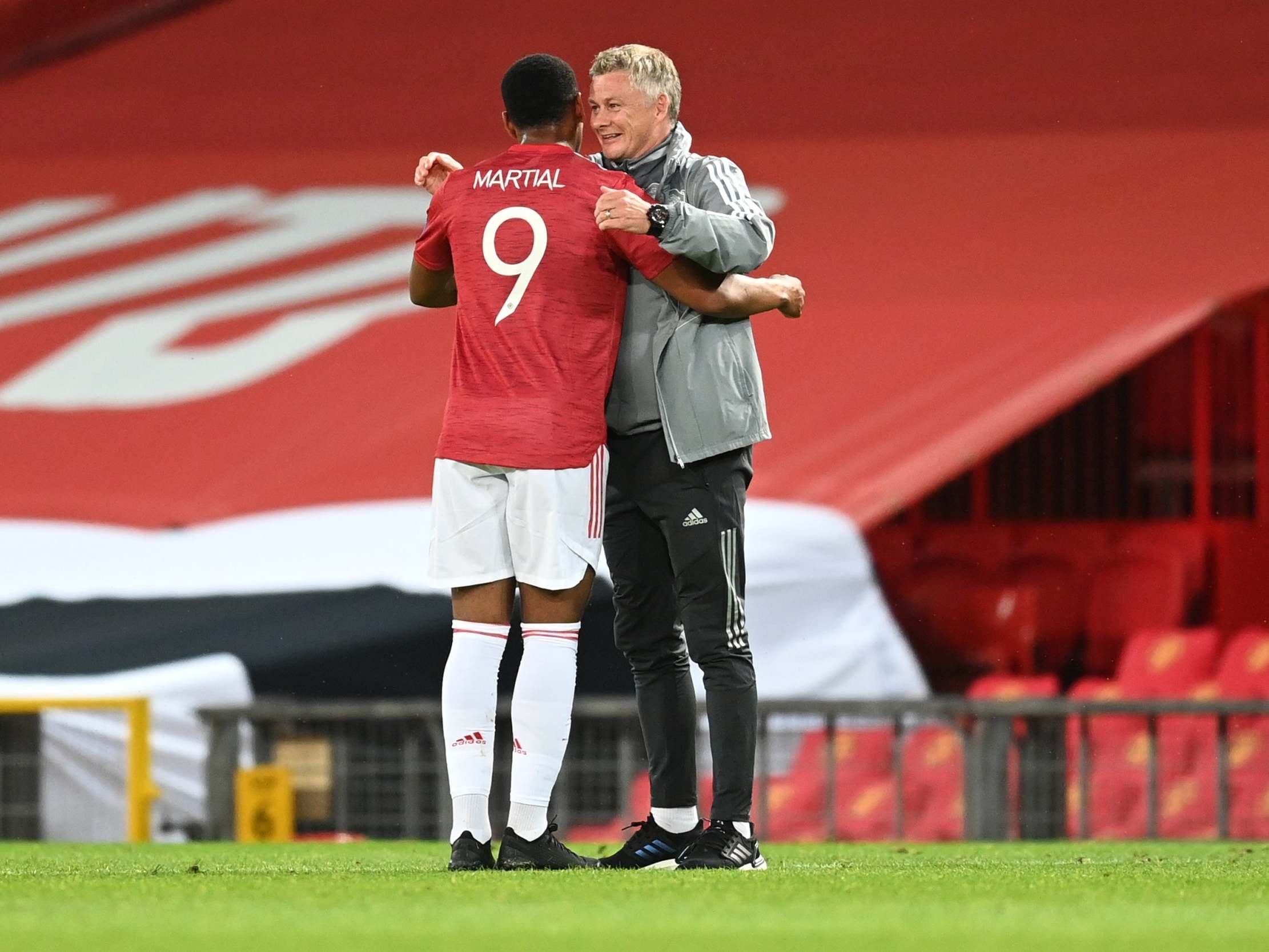 With 23 goals to his name this season, Anthony Martial is enjoying his best-ever individual season for Manchester United, by some distance too.

The Frenchman has rewarded Ole Gunnar Solskjaer’s faith in him, after being promoted to the club’s starting number nine in the wake of Romelu Lukaku’s departure last summer.

For the first time since his debut season, Martial has registered 15+ goals across all competitions, averaging a goal every other game. The 24-year-old has transformed into the side’s focal point up-top, becoming Solskjaer’s main man to build a team around.

Operating with the 4-2-3-1 formation, the Norwegian has always paid an emphasis on his frontmen getting in-behind. Initially setting up with a counter attacking system, there has been a large tendency to play the ball into forward spaces, as opposed to retaining and recycling possession.

Such a style of play has progressed this calendar year, most specifically though the arrival of Bruno Fernandes. The Portuguese international has elevated United’s transitioning between the midfield and attack, drifting between the half-spaces and acting as the advanced playmaker.

Following the re-introduction of Paul Pogba back into the starting XI, the Red Devils now have two creators in the middle. Their preference to get on the ball and dictate allows United’s frontmen to maintain a higher position in the final third, with Martial now being fed in and around the 18-yard line.

The Frenchman’s positioning has seen him get into more consistent goalscoring areas, as opposed to dropping deep to see the ball, which has often caused a cluster in the middle of the park. Instead, he is able to drift between the opposition’s backline, pinning them back and creating more space for his supporting central figures to move into.

Martial’s freedom to roam and operate as the focal point in the side has transformed United’s attacking blueprint, with the wide-men now having a figure to work around. Down the flanks, Marcus Rashford and Mason Greenwood act as the inside forwards, coming inside and penetrating the space in-between the opposing full-back and centre-half.

Their central drifting is complimented by the overlapping runs from United’s own full-backs, which has become a much more reoccurring pattern of their play. The ability to do so stems from Martial though, who is creating a base shape for such players to move around.

Solskajer’s offensive system is now going through the 24-year-old, who has really elevated his game and taken to such responsibility. When the Norwegian took charge, he publicly longed for such a top-class forward to lead the line, and he knew he had the potential man in Martial to do so.

He called for the Frenchman to become a ‘leading star’ at the start of the season, and he has done exactly that. An improvement in both his clinical movement and all-round hold up, Martial has become one of the most complete forwards across the European scene this season.