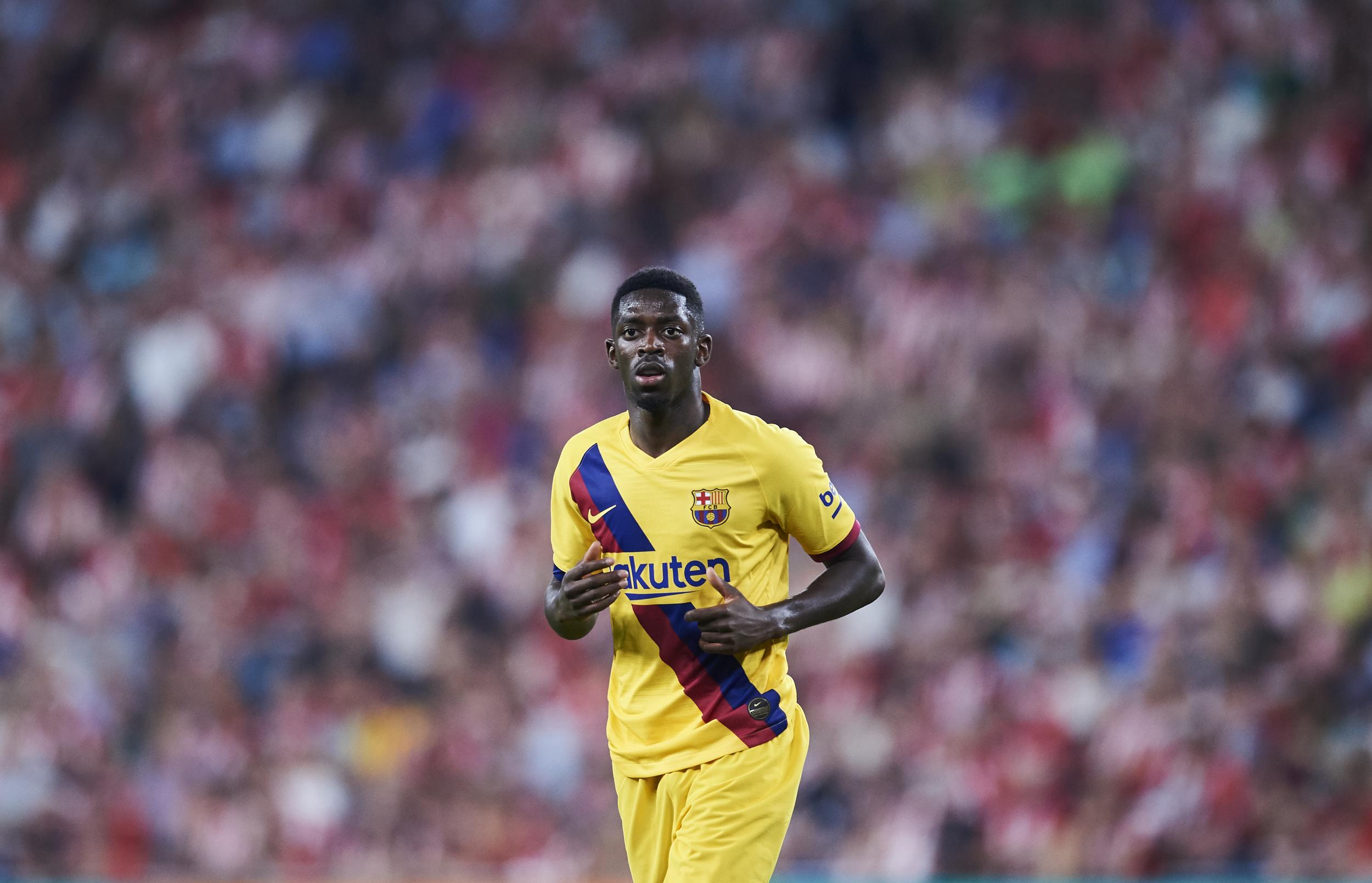 Whilst negotiations for top target Jadon Sancho continue but predominantly prolong, other names on Manchester United’s attacking shortlist have begun to prop up.

Ousmane Dembele has been the latest to do so, with ESPN reporting that the Red Devils have already held ‘informal talks’ with the 23-year-old over a potential move.

This isn’t the first time that the forward has been linked with a move to Old Trafford, and the Frenchman could be looking to kickstart his career elsewhere, after a frustrating spell at the Nou Camp. To add more fuel to the fire, Spanish news outlet Sport, via MEN, have now reported that Barcelona are ready to let Dembele go.

The Spanish giants would open to letting the player leave on loan, so long as a mandatory purchase option is included in the deal. This fee is cited in the region of €90m, meaning Barcelona would recuperate a large chunk of what they shelled out for Dembele back in 2017.

Sport do also claim though that Old Trafford officials see the 23-year-old as a ‘risky investment’, due to his unfortunate injury record. The Frenchman has featured just nine times for Barca this season, due to a serious hamstring injury.

Regardless, it appears that the La Liga side have set their price, leaving the ball in United’s court. No opening bid has been made, but the reported asking price is likely to put off any potential suitors.