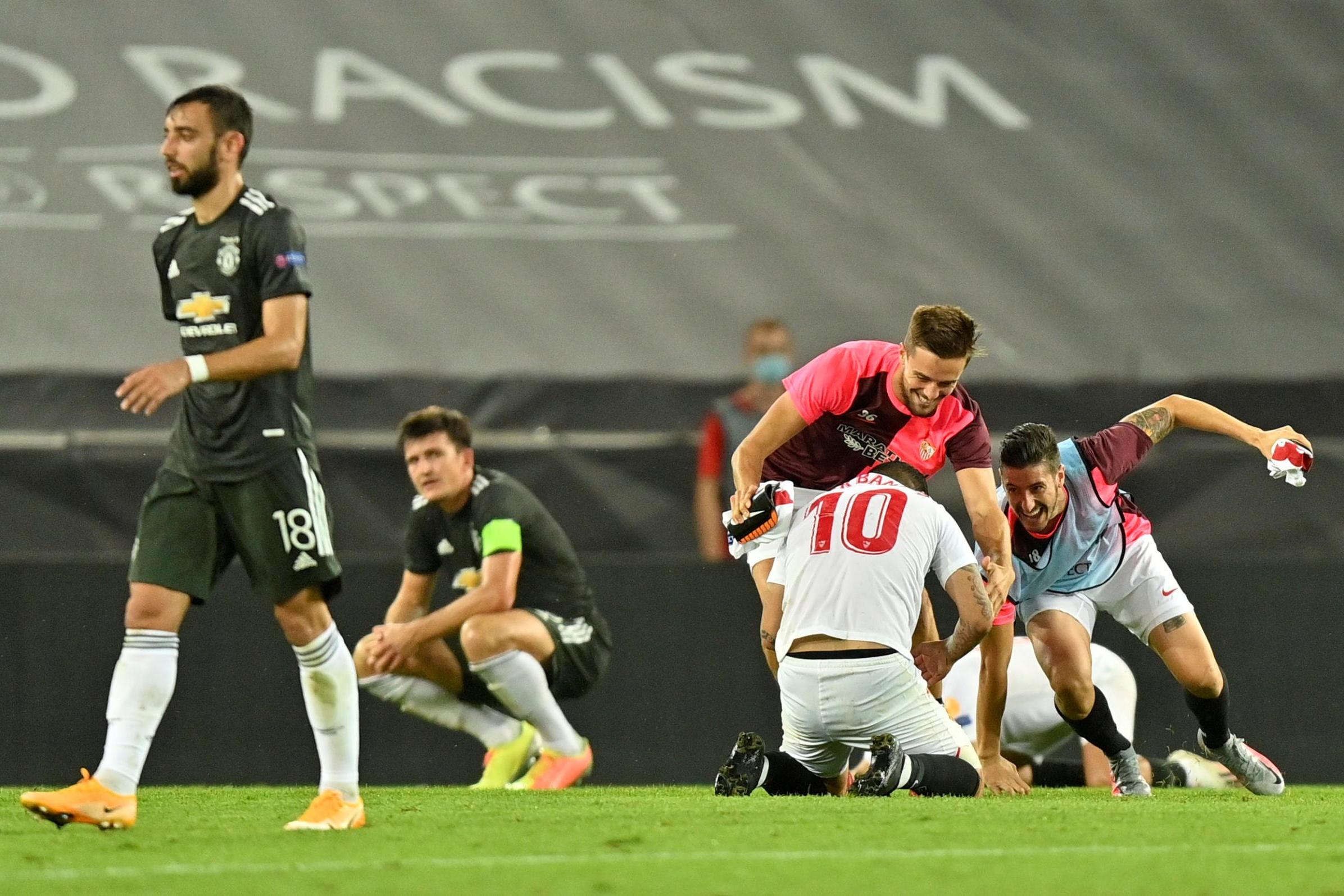 A Manchester United season filled with elating ups and bruising downs has finally come to a close, and it was defensive errors that cost the Reds again as they suffered a Europa League semi-final 2-1 defeat at the hands of Sevilla.

A familiar scoreline that mirrors the devastating outcome from the last time the two sides met, United this time around were a different proposition.

There was a lot more poise and direction about Ole Gunnar Solskjaer’s United in comparison to that of Jose Mourinho, but once again — for the third time this season — the Reds were not able to get past the last four of a cup competition.

Back in 2018, United were toothless and suffered arguably the worst defeat in the clubs recent history, certainly in the post-Sir Alex era. On Sunday, a different United showed up. In a direct comparison, in spite of defeat, that was a great performance.

United were creating chance after chance. They looked sharp in every aspect of the game other than in front of goal. United finished the game with 14 shots (7 on target) but only one goal, and that was from the spot.

When it mattered most, nobody could step up and put the game to bed. Both, the clash against Copenhagen and this loss to Sevilla, were similar in a way that saw United be the superior side but just unable to twist the knife.

Credit has to be given to both of the opposition goalkeepers, but at some point, the finishing also has to be questioned.

United got off to a fantastic start against the Andalusian side as Bruno Fernandes cooly netted from 12 yards inside the opening 10 minutes after Marcus Rashford was brought down following an excellent one-two with Anthony Martial.

From there, it almost felt like United would grab a foothold of the game and potentially cruise to a victory. That very well could have been the case looking at the game as a whole. But, United did not capitalize.

For large chunks of this season and those of the past, a big criticism towards all those United sides was that they don’t create enough chances. Against Copenhagen and Sevilla, they created enough to win five games. Now, the issue was efficiency in front of goal.

With 62 goals between United’s front three, neither of Rashford, Martial or Greenwood could find the back of the net. Not when United so desperately needed them to.

Granted, they’re all still inexperienced, especially at the highest level, but they all had their moments. Football clubs need heroes. They need special footballers to step out into the spotlight and take them to the next level. At United, at least right now, nobody was able to put the team and all of the pressure that comes with that on their back.

With the Reds struggling to convert past a shaky Sevilla back line, it just felt like one of those nights where United may very well get punished. And they did. And as has often been the case in the recent past, the back line did not cover itself in glory during either of the goals.

Sevilla equalized after catching United out in the 26th minute with Suso getting on the end of a Reguilon cross. Brandon Williams looked to be at fault there having lost sight of his man at the back post.

For the heartbreaking winner, United totally switched off. The game was beginning to look more and more pedestrian with every minute of that exhausting 1-1, and it was Sevilla that was able to pounce.

As the clock struck minute 78, the United back line allowed Munir to march into the area and deliver a good cross into Luuk De Jong, the Dutch striker who found himself wide open in between four United defenders before slotting in the winner.

Having conceded completely against the run of play, United looked shattered. It was going to take something extraordinary to get back into the game. Something that United just could not muster up.

There was conflict, there was frustration, there were some half-chances — but in the end, United failed to progress at the hands of Sevilla again.

This time, it was under different circumstances. All in all, United’s progress over the last couple of years is evident. The club as a whole has made strides since Mourinho’s last few months in charge, but, the work doesn’t end here.

It would have been an excellent reward for the players and staff to round off an overall successful season with a trophy, but it wasn’t to be. United got to three semi-finals and just were not able to get that one step further, showing the need for further investment.

This loss may end up being a blessing in disguise as United now get to rest up for just under a month before the Premier League restarts, all while receiving a reality check that there is still a long way to go before this football club reaches the heights that they deserve to be on.